Thousands of shoppers have made an appointment to visit Brown Thomas and Arnotts as they re-open....

Thousands of shoppers have made an appointment to visit Brown Thomas and Arnotts as they re-open.

Almost 4,800 people made an appointment to visit the stores over the next number of days.

People can shop without an appointment, but they will have to queue for entry.

'Virtual queueing' is also in place, whereby customers can join a queue virtually and receive a text message when they are at the top of the queue.

Customers can pre-book these visits through the Brown Thomas and Arnotts websites. 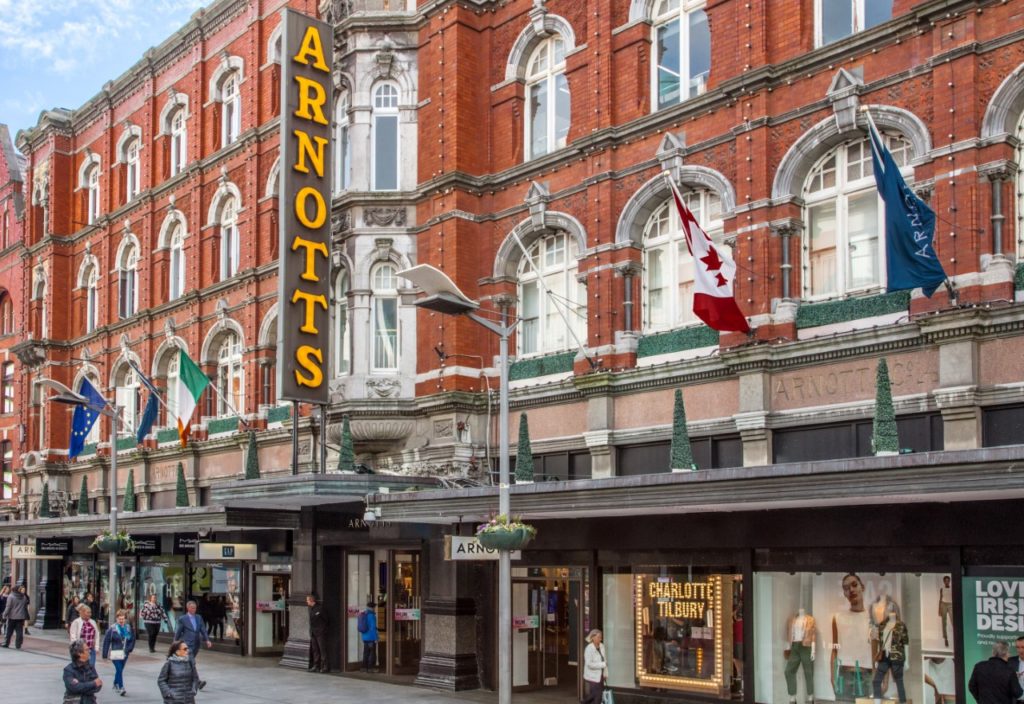 However management say stores will operate at a reduced capacity, and the number of customers will be electronically counted on entry and exit.

This will be displayed on screens for customers to see.

Technology will also allow customers to virtually 'try on' make-up - there will be no staff contact with customers at make-up counters, and no self-service tester brushes.

Customers can use fitting rooms, with all clothing to be steamed and sanitised after a customer tries it on.

This woman and her friend decided to meet in Brown Thomas, which opened on Dublin's Grafton Street on Wednesday

"Fantastic yes - I did make an appointment actually, but then we just kind of came in together.

"It was a long time that we didn't see each other - so it was like celebrating a return to normality, really.

"What better reunion than going into Brown Thomas, get coffee and get something for yourself".

Brown Thomas in Cork, Limerick and Galway will fully re-open on Thursday.

Meanwhile Taoiseach Leo Varadkar has confirmed that the Government is working on plans to bring forward the re-opening of hairdressers.

Under the current roadmap, salons are not due to reopen until July 20th - but this could be fast-tracked.

A spokesperson for Mr Varadkar said that phases three and four are currently under review and are subject to change.

The Irish Hairdressers Federation is welcoming the news, but other hairdressers are warning they need more clarity.