Only ever flush the ‘three Ps’ down the toilet - pee, poo and paper.

Almost a million Irish adults are continuing to “use their toilet as a bin” – regularly flushing wipes and other sanitary items into the sewage network.

Irish Water is warning people to only ever flush the ‘three Ps’ down the toilet - pee, poo and paper.

The utility says wipes should never be flushed, even if marked ‘flushable’ by manufacturers.

It is warning that our flushing behaviour has a “direct impact on the environment” and that making small changes, we can all help prevent sanitary waste ending up on Ireland’s sandy beaches, rocky shores and secluded bays. 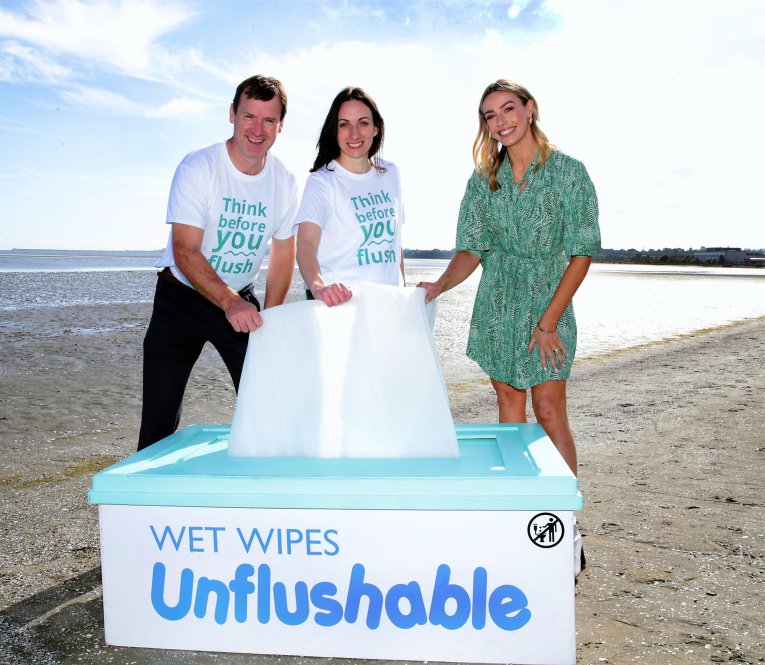 Think Before You Flush

He said the figure has improved since the last survey carried out in 2018; however, 2it still represents almost a million people using the toilet as a bin”.

“The impacts of flushing the wrong things down the toilet are clear to see, as we are still removing thousands of sewer blockages from our network every month and continue to see this waste ending up on our beaches,” he said. 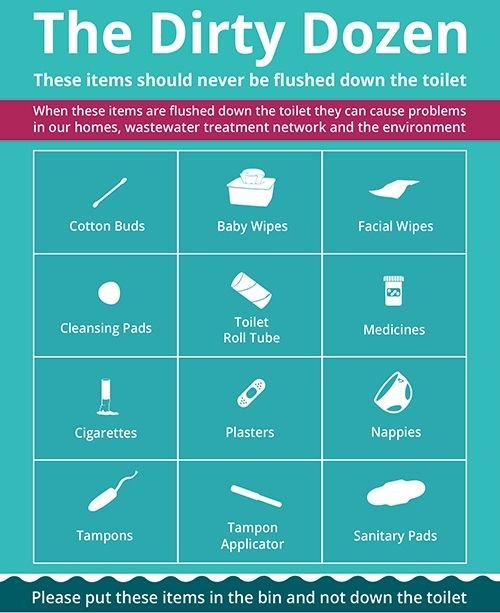 The survey found that people under the age of 35 were almost twice to dispose of ‘flushable’ wipes down the toilet – and as a result, Irish Water has launched a new campaign video specifically targeted at younger viewers.

“Following the latest survey’s findings, we have a call to action to those aged 35 and under in particular to be mindful of their flushing behaviour as this age profile can really help make the difference,” said Mr Heaney.

“We are keen to remind people that wipes should never be flushed down the toilet even if they are labelled as ‘flushable’.

“The impact of this waste ending up in our natural environment, on our beaches, shores and riverways is stark. Removing this waste from the sewerage network can be a nasty job which is easily avoided.”

“Our message is simple: Only the ‘Three Ps’ - pee, poo and paper - should be flushed down the toilet. All other items, including wipes and other sanitary products, should go in the bin even if they’re labelled as flushable.

“This will reduce the number of sewer blockages, the risk of flooding to homes and businesses and the risk of pollution in the environment harming wildlife such as fish and birds and associated habitats.”

Broadcaster Bláthnaid Treacy said she is also supporting the campaign.

“For me, it’s important that we all play a positive role when it comes protecting the environment,” she said.

“Collectively, small changes can have a huge impact so I would encourage everyone to consider their flushing habits. It is simple really, just ‘Think Before You Flush’.