A Dublin mother says firefighters turned a scary situation into a moment “full of joy” when they rushed to her home to deliver her baby during Storm Barra.

A mother who gave birth at home during the height of Storm Barra has said Dublin Fire Brigade helped turn a scary situation into a moment “full of joy”.

Danielle Murphy welcomed baby Priya into the world early on Tuesday morning, just days before she was due to give birth.

She said her partner was at work when she started having contractions – but when she rang the hospital she was told to wait until they were three minutes apart for an hour.

“I never even reached that stage,” she said. “They just started coming one minute apart and we started panicking ringing the emergency services.

“My mam was on her way up for us to go to the Coombe and she didn’t even get out of the car before she saw my partner at the door frantically waving at her.

“She was thinking, why is he so frantic but when she got in the door she knew exactly why. It was just all so fast.”

"They came in singing"

In the end, she said, Priya was nearly delivered when the fire brigade arrived.

“They came in and they just started singing, they were all full of joy and then, when she was born, the firefighters told me it was only five minutes between when they arrived and when she was out,” she said.

“So, it was really fast and then they were jumping around with joy and they were just being funny with my partner.

“There is a [Toyota] Prius outside my door and they were saying is that why you called her Priya because there is Prius outside? Which one are you driving?”

“I was very scared because my second born was born with the chord wrapped around his neck twice and all I kept thinking was, that’s going to happen now because there is nobody here to help me,” she said.

“I just kept crying and I was just so emotional and I was trying to tell myself not to cry because I didn’t want to stress the baby – oh it was just a lot to take in.” 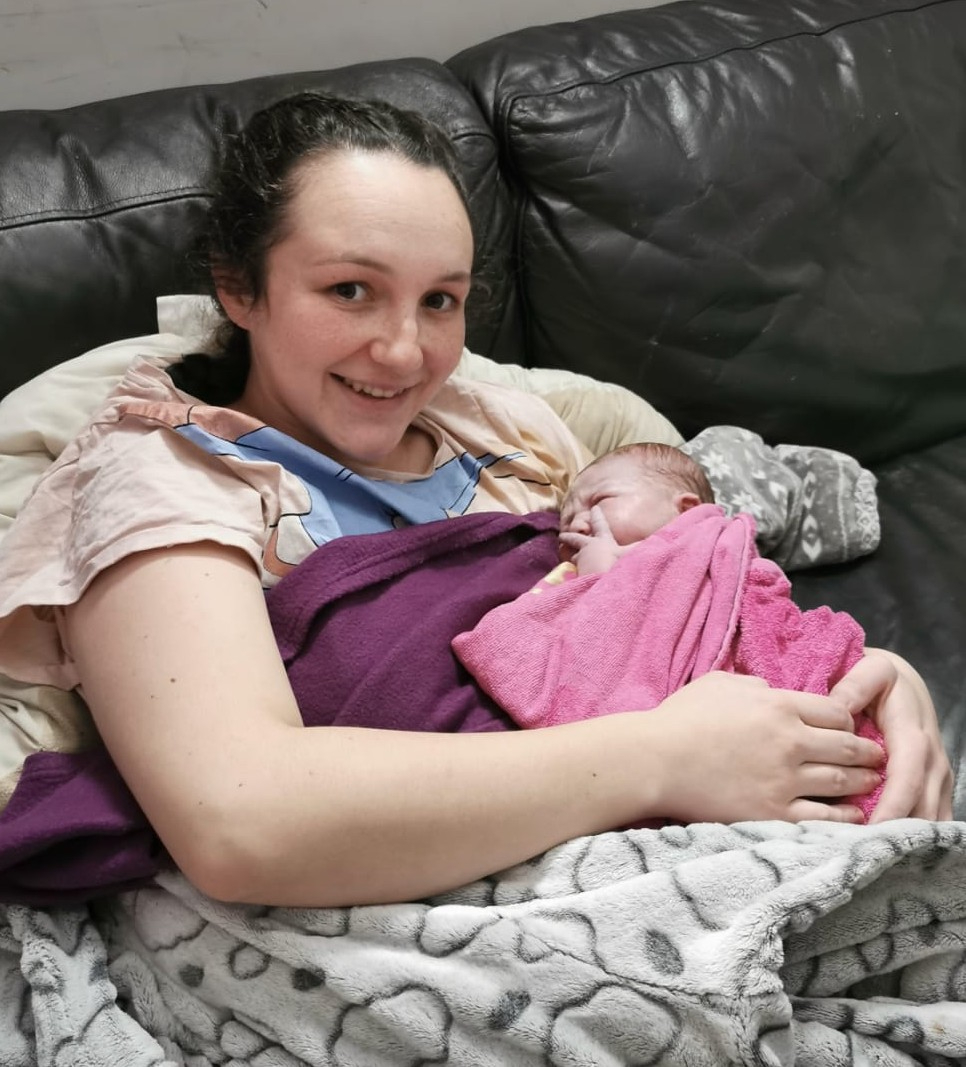 She said her other children were in the other while she was in labour – but the humour the firefighters brought with them changed her whole mindset and calmed the situation.

The new baby’s name is now Priya Storm in honour of the morning she came into the world.

“She is actually very quiet you wouldn’t even know she was in the room with you,” said Danielle. “It’s her little brother you have to look out for. He is just all over her; he is only one.”