The Taliban has declared the war in Afghanistan to be over after militants took control of the Pr...

The Taliban has declared the war in Afghanistan to be over after militants took control of the Presidential Palace in the capital Kabul.

Militants filmed inside the building have been claiming victory for the Islamism group.

It comes after the country’s President Ashraf Ghani fled the country “in order to avoid bloodshed", saying the "Taliban have won".

There have been scenes of chaos at the city’s airport as hundreds of Afghans, diplomats and officials attempt to flee the country.

A spokesperson for the Taliban's political office, based in Qatar, said the group aimed to form an “open, inclusive Islamic government” in Afghanistan.

He said the group aimed to develop channels of communication with foreign countries and pursue a peaceful transition.

"We do not think that foreign forces will repeat their failed experience in Afghanistan once again," he said.

One of the co-founders of the Taliban, Mullah Abdul Ghani Baradar, has said the group's real test begins now as it turns its attention to governing. 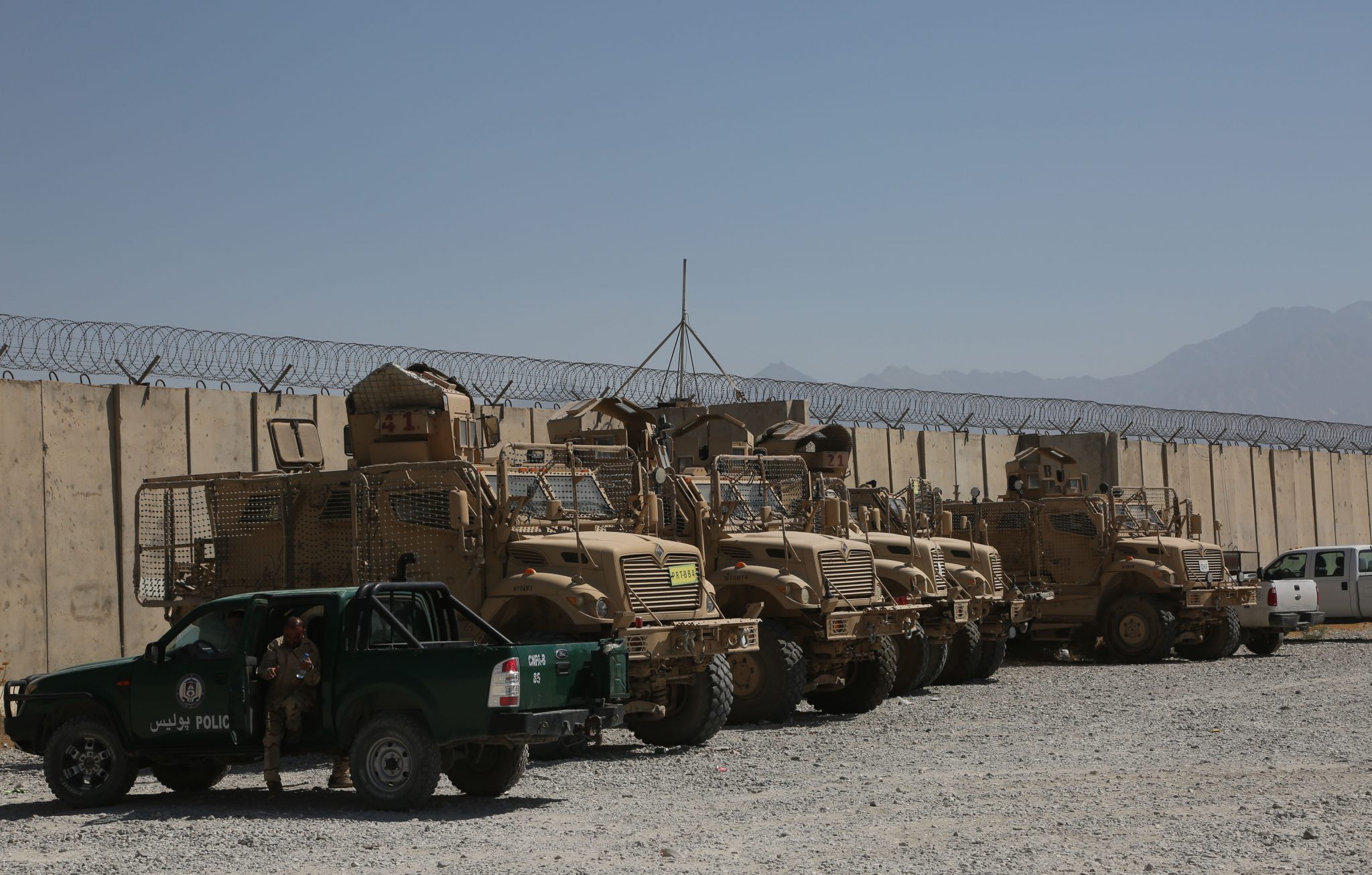 Military vehicles abandoned by US forces at the Bagram Airfield base after all U.S. and NATO forces evacuated, 09-0702021. Image: Rahmatullah ALizadah/Xinhua News Agency/PA Images

Meanwhile the UN Security Council will hold an emergency meeting on the crisis today.

Both the US President Joe Biden and the UK Foreign Secretary Dominic Raab are facing heavy criticism for their handling of the crisis.

Mr Raab has been accused of "going AWOL" after spending the past week on holiday as the situation was unravelling.

Downing Street said he returned to the UK yesterday and is personally overseeing the Foreign Office's response.

Meanwhile, US officials have expressed fears over the potential for a rise in terrorist threats against the US.

Last month, President Biden said the prospect of the Taliban "overrunning everything and owning the whole country is highly unlikely" – something that hard-line Islamist group has now managed to achieve in just over a week.

Earlier this summer, the Pentagon warned that extremist groups like Al Qaeda could regenerate in Afghanistan and pose a threat to the US within two years.

There are now fears this could happen much faster and intelligence agencies are working on a new timeline.

Main image shows Taliban fighters on the back of a vehicle in the city of Herat, west of Kabul, Afghanistan, 14-08-2021. Image: Hamed Sarfarazi/AP/Press Association Images