Tens of thousands evacuated in California as wildfires rage

Tens of thousands of people have been forced to evacuate as wildfires rage in the US state of Cal...

Tens of thousands evacuated in California as wildfires rage

Tens of thousands of people have been forced to evacuate as wildfires rage in the US state of California, threatening large areas including its famous wine-growing region.

At least 40,000 fled their homes in the foothills north of Los Angeles, with winds fanning the flames and creating huge plumes of smoke in the Santa Clarita area.

No injuries have been reported but fire chiefs say the Tick fire - affecting around 5,000 acres - is still not contained.

In the state's upmarket wine country in Sonoma County, 2,000 people were ordered to evacuate after a damaged electricity tower sparked a fire.

Pacific Gas and Electric Co (P&GE) admitted one of its transmission towers had malfunctioned at about the time and location of the fire's origin on Wednesday night. 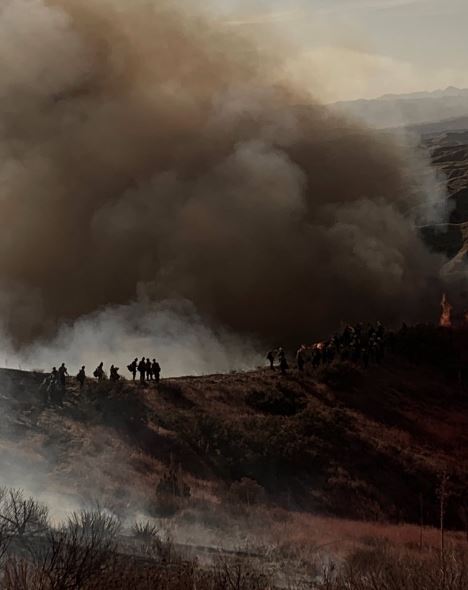 Helicopters and planes were dropping water and fire-retardant slurry on the blaze while ground crews used hand tools and bulldozers.

The Sonoma blaze - known as the Kincade fire - has affected around 10,000 acres and is about 5% contained.

Geyserville, famous for its nearby hot springs, is one of the places where people have been forced to flee.

The flames raged on the outskirts of the historic town, threatening the River Rock Casino as well as the area's famous vineyards.

Harry Bosworth (81) said he had woken up to find a firetruck and firefighters in his driveway.

As he and his wife escaped, flames surrounded their driveway and their barn caught fire: "I could see the fire coming, so we got the heck out of there," Mr Bosworth said.

Julia Jackson, who has thousands of acres of vineyards, posted on Instagram that her home was "burnt down to the ground".

"Please heed our evacuation order," he said in a televised news conference. "We really need to be able to fight the fire, rather than worrying about rescuing you."

Forty-four people died in wildfires in the same area of Northern California two years ago.

Strong winds were expected to intensify on Friday.