A teenager with cerebral palsy is calling for the wi-fi to be improved at Crumlin's children hosp...

A teenager with cerebral palsy is calling for the wi-fi to be improved at Crumlin's children hospital so patients have full access to remote learning.

15-year-old James Casserly is a frequent visitor to the Dublin hospital, especially in recent weeks.

However, he's expressed his frustration at how the internet quality in several rooms and wards hasn't been strong enough to allow him to do his school work remotely on the days when he's been able to.

He says it's "unfair" that children in the hospital who are able to attend virtual classes aren't always in a position to do so because of the connectivity issues.

The hospital school does have online resources in place, but James say there's no point in having that when patients struggle to connect to the internet.

James's mother Vicki told Lunchtime Live: "For the past nine and a half weeks we’ve been in and out.

“He had to have both his femurs broken and reset, and then he had a few setbacks and other illnesses.

“He has to relearn to walk, and has had a very challenging few weeks managing pain and energy levels. He’s a good kid and he keeps positive.”

'The days are very, very long' 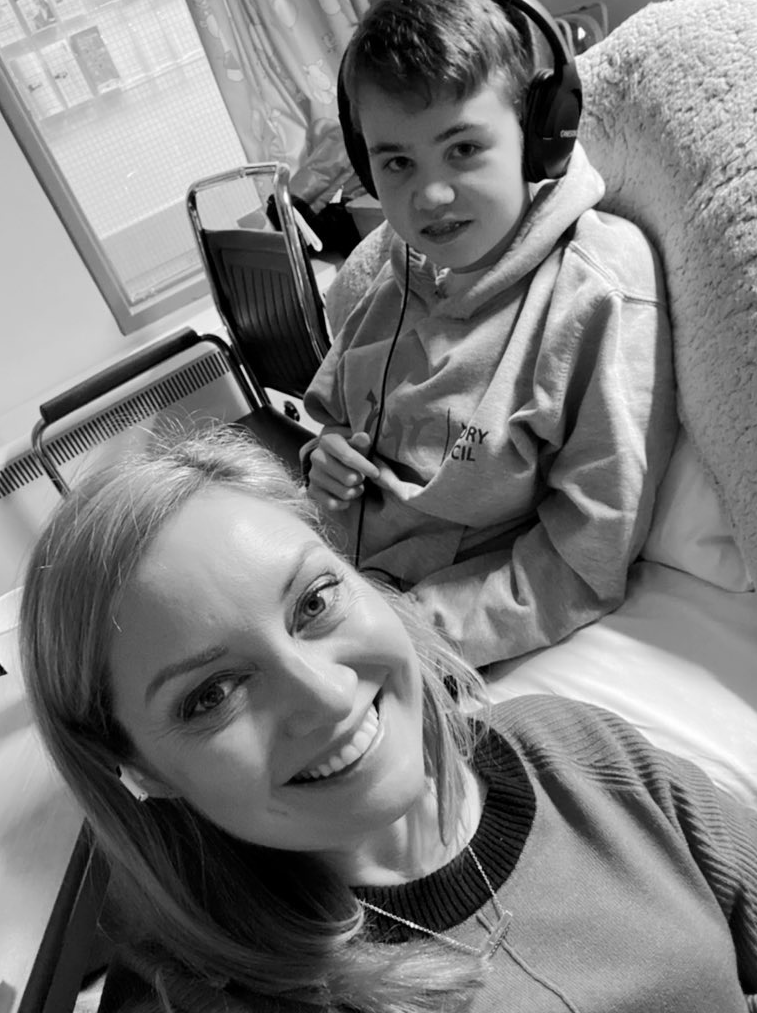 Vicki said James wants to have the option to participate in online classes on the days he has the energy to do so.

While the hospital has acknowledged the wi-fi in the building is 'hit and miss', Vicky said in their experience it has been 'completely miss'.

She said staff at the hospital have been incredible, and there are only a limited number of wi-fi dongles available.

However, she argued: “Most children are e-learning now, and if they’re well enough to do that the investment needs to be there in terms of IT to allow students to take part where possible.

“The days are very, very long, and with the restrictions in place… [they need] connectivity to home, FaceTime to siblings and friends… to have those little things that could make the child feel better, day-to-day.

“A simple thing like having an adequate internet structure within the hospital allows that to take place - which has a positive impact on [patients’] mental health and recovery.”

Vicki said they have ‘absolutely’ raised the issue with hospital management, while James is part of the hospital’s youth advisory committee.

However, she said there's only so much that can be done by staff, and funding 'has to come from the powers that be' to put the necessary facilities in place.

In a statement, the hospital said: “Children’s Health Ireland at Crumlin has free patient wi-fi available in the majority of its inpatient rooms only. Rooms have weaker coverage.

“We encourage any inpatients and their families who have difficulty in connecting to the inpatient wi-fi, or have remote educational needs, to let their Ward Manager know and every effort will be made by the hospital to facilitate their needs.”

Vicki said that is the policy in place, but "having been in wards around the place... it's not working".