The Taoiseach has warned Irish people and businesses to prepare for a no-deal Brexit.

It comes after the UK Government confirmed it would break international law with new legislation undermining the Northern Ireland Protocol which prevents the return of a hard border.

On Newstalk Breakfast this morning, the Taoiseach Micheál Martin said he was “very forthright” in his criticism of the move when he spoke to Boris Johnson by phone last night.

He said the events of this week had left him more pessimistic about the prospect of reaching a deal than he had been previously.

“I would still like to think that a limited free trade agreement is possible but certainly what happened yesterday has raised the stakes and certainly raises the prospects of a no deal much more than we would have had last week,” he said.

He said people now “absolutely” need to prepare for a no-deal Brexit.

“Certainly, people should also now be weighing up the prospects unfortunately of a no deal and preparing accordingly,” he said.

“We will do everything we possibly can to avoid that and we will work with our European partners in negotiations with the UK to avoid that.

“There is an obligation on us to do that because it would be very serious on top of COVID-19.” 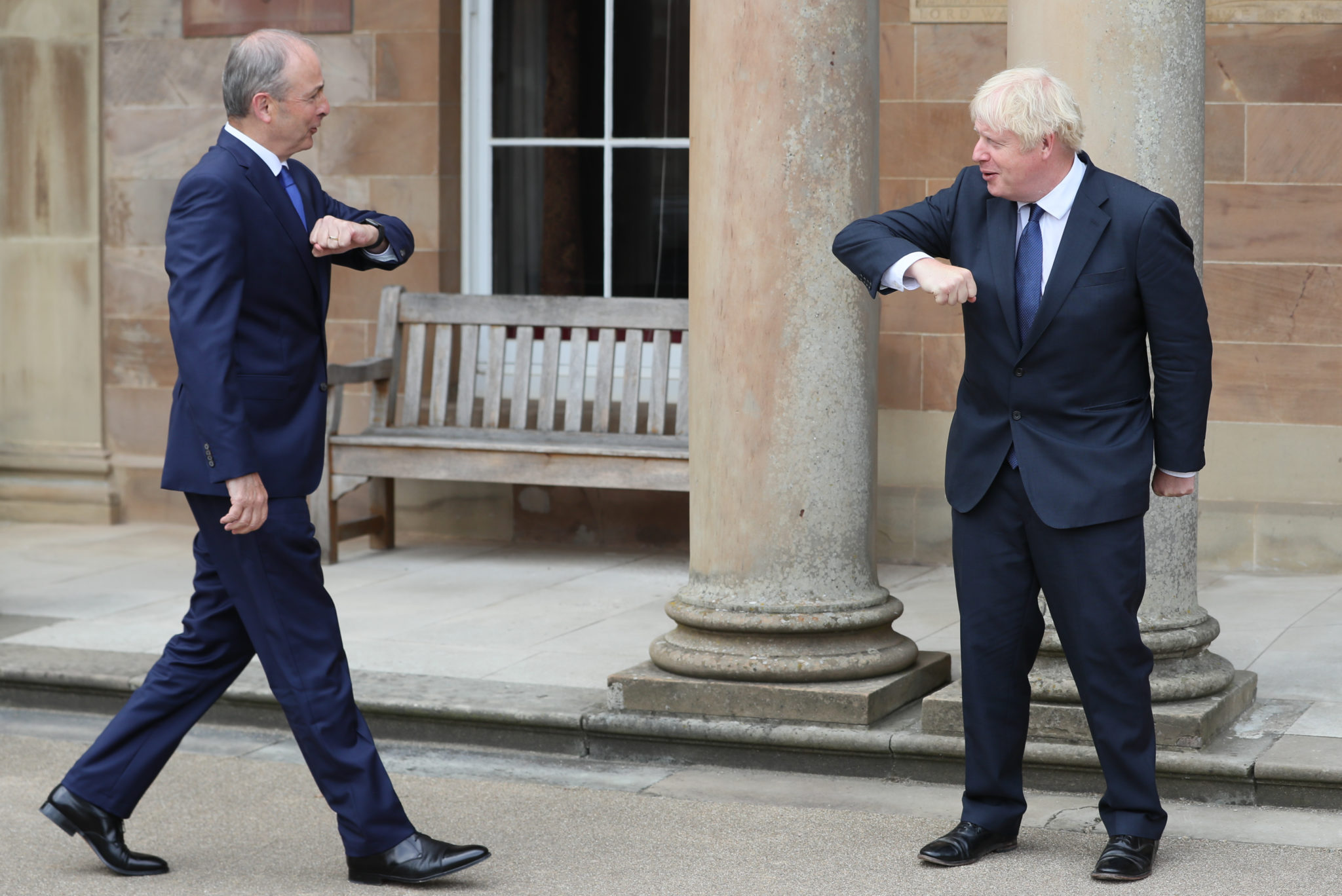 He said the UK Government’s actions had damaged the trust between the two countries.

“We were both very clear that post-Brexit, Ireland and Britain need to maintain strong warm relations and develop stronger structural relationship in a post-Brexit scenario and I think he took that onboard last evening,” he said.

“I did make the point that trust has been eroded by the manner in which this happened, the unilateral nature of this – no heads up to anybody.

“So, trust has been damaged and I think there is a huge obligation now on the UK Government to restore that trust and to demonstrate that to EU negotiators and restore bona fides in relation to the overall Brexit negotiations.”

Mr Martin said no-deal will damage jobs and the economy on both sides of the water and is “in nobody’s interest.”

He said Mr Johnson has always been clear that he wants a free trade agreement; however, he warned that his “actions speak louder than words in this case.”

“We do have to see substantive progress because part of the problem as well is that on the key issues there has been limited progress,” he said.

“On issues relating to the level playing field for example, in terms of access to the single market, state aid and in terms fisheries and then overall issue of governance, progress has been slow.”

The Taoiseach said negotiators on both sides still believe a deal is possible and insisted that “where there is a will, there is a way.”

“But what happened yesterday created doubts and leads to speculation and tensions which are not good at such a late hour in negotiating what is a profound decision by the British people to leave the EU,” he said.

“We have to do everything we can to protect livelihoods, protect jobs and protect the economy – that still remains our overarching ambition.”