The Tánaiste Simon Coveney has said talks to try and find a way forward for Northern Ireland ins...

The Tánaiste Simon Coveney has said talks to try and find a way forward for Northern Ireland institutions at Stormont were "not straightforward".

Mr Coveney met with the Northern Ireland Secretary of State Karen Bradley, as well as the five main political parties, on Friday.

Tweeting after the talks, he said: "Not straightforward, but shared sense of importance and urgency".

Met today with Sec of State Bradley and the 5 main NI parties to discuss finding a way forward on getting the #GFA institutions operating again. Not straightforward, but shared sense of importance and urgency. pic.twitter.com/VIaljiYCiJ

She said: "Sinn Féin is eager to play a part in a credible talks process to restore the political institutions, end the denial of rights and secure the full implementation of the Good Friday and subsequent agreements.

"However, this is not a credible talks process.

"There is no evidence of any change to the DUP positions on these matters; no evidence of a political will to address the issues of rights, integrity in government and financial scandals, which Martin McGuinness outlined in his letter of resignation.

"A year on from the last talks process what we have today is a cynical exercise by the British government to buy more time and distract from the DUP's RHI [Renewable Heat Incentive] scandal ahead of local government elections.

"The British government remain in hock to the DUP as partners in the chaos that is Brexit." 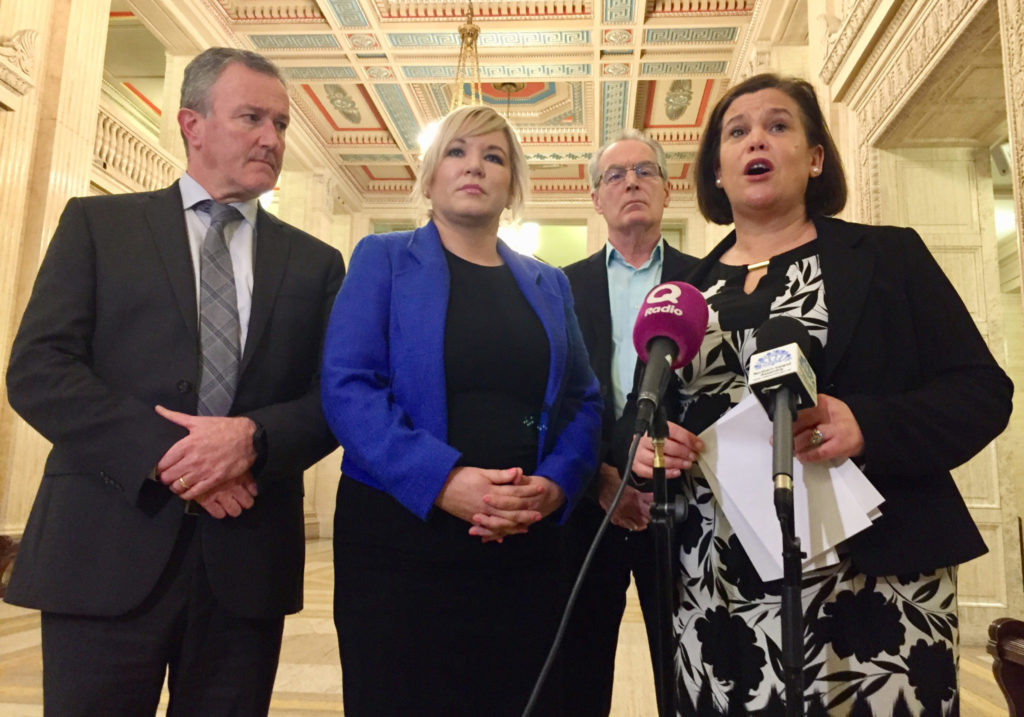 She added: "The two governments must set out how they deliver the rights of Irish speakers, the rights of women and the LGBT community and implement the legacy structures."

While DUP Leader Arlene Foster said: "We will work to restore devolution. It is better for Northern Ireland to have local people making local decisions.

"Four of the five main parties would nominate Ministers today.

"Since March 2017, Sinn Fein has refused to form an executive unless their pre-conditions about the Irish language are met.

"That is the politics of ransom. The consequences of this for our hospitals, schools and roads are clearly evident. Northern Ireland's civil service cannot continue in a state of limbo.

"Eighteen months ago, we offered a compromise of restoring the institutions and having a time limited parallel talks process. This offer still stands", she added.

Northern Ireland has been without a sitting executive since power-sharing collapsed on January 16th 2017.