Surveillance drones to be used to tackle illegal dumping

The Government has announced a new €3m fund to tackle illegal dumping. The Anti-Dumping Initiat...

Surveillance drones to be used to tackle illegal dumping

The Government has announced a new €3m fund to tackle illegal dumping.

The Anti-Dumping Initiative (ADI) will be used to support communities around the country.

Innovation, surveillance using drones and special collections for awkward items like mattresses are among the measures to be funded.

Environment Minister Richard Bruton said: "Illegal dumpers are poking their finger in the eye of communities all over the country.

"We can only stamp it out if we work together. This money will step up the chances of catching the offenders and will provide help to those who want to do the right thing."

There will also be a special emphasis on targeting blackspots. 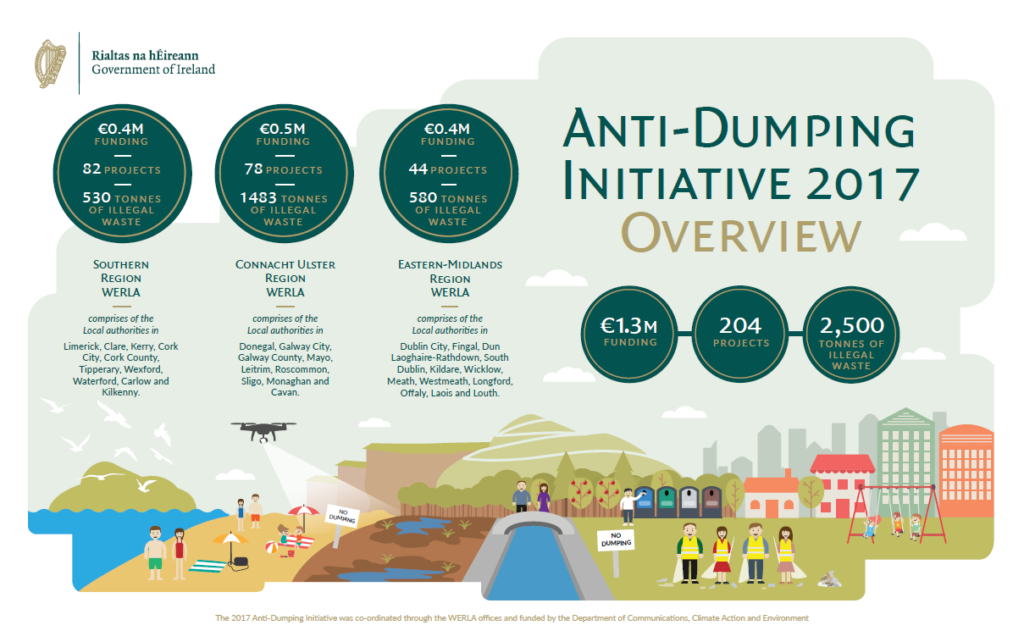 Since 2017, the ADI programme has removed some 5,000 tonnes of illegal waste from some of the country's most notorious fly tipping blackspots.

Minister Bruton said: "In the vast majority of cases, once a community takes action in a particular area, re-offending becomes highly unlikely.

"Nearly half of the funding being announced today will go towards tackling blackspots."

Funding to the programme is increasing to €3m this year, a 50% increase on last year.

This is in addition to the €7.4m annual enforcement grant, which supports the recruitment and retention of 150 local authority waste enforcement personnel across the country.

Funding is available for things like physical infrastructure - such as signage, fencing, lighting and barriers - awareness campaigns and enforcement - such as monitoring and surveillance equipment, including drones.

Applications are now open and will close on April 30th.