Six students died when a balcony they were on gave-way during a party.

Seven others were injured at the apartment complex.

Five of the students were from Dublin, while another - who was a cousin of one of the Irish victims - was from the US. 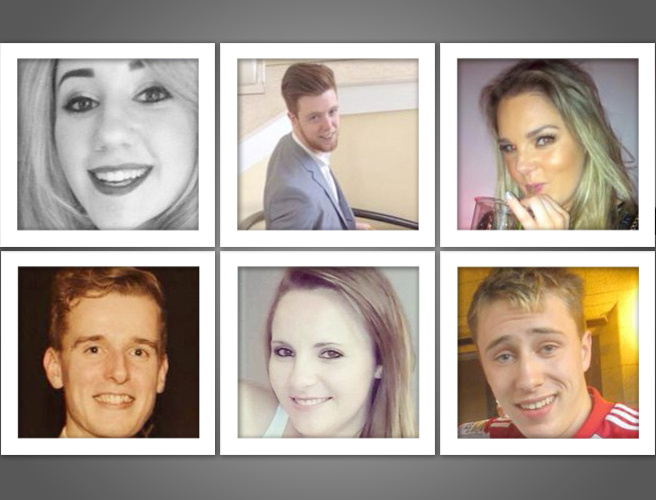 A plaque was unveiled in Berkeley last year to commemorate them and lists all their names.

The plaque reads: "Berkeley, named after an Irish philosopher, will forever remember the six young adults from America and Ireland, guests in this city, who tragically died near this spot in a balcony collapse at 2020 Kittredge Street early in the morning of June 16, 2015".

"Here, the families of those who passed and the community of Berkeley have joined hands to establish a permanent memorial." 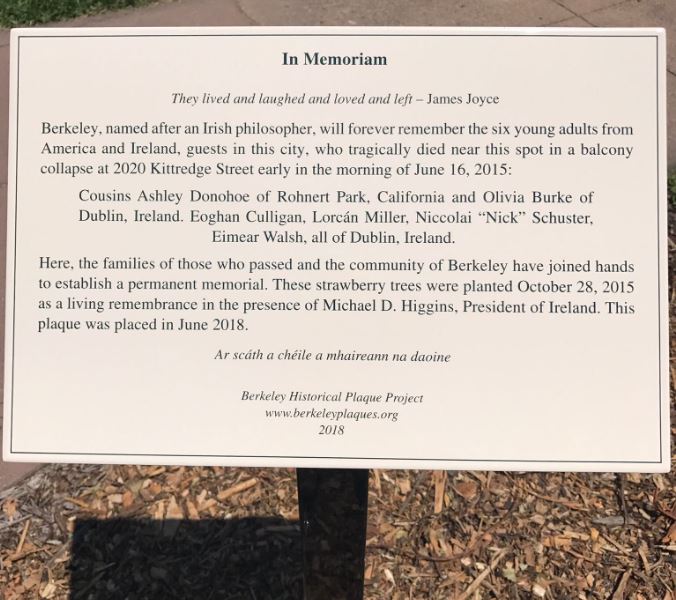 A commemorative plaque was unveiled in 2018 by Ireland's ambassador to the USA, Dan Mulhall | Image via @IrelandEmbUSA on Twitter

After the accident, families of the victims learned that the balcony had been built by a firm that paid out US$26.5m (€23.7m) in construction defect settlements that were never reported to the state license board.

Aoife Beary, a Dubliner who survived the collapse, told a public hearing in 2016 that her birthday will forever mark the anniversary of the death of her friends.

"I miss my friends so much - I have known them since we started school together at four years of age," she said.

"We had grown up together, and now my birthday will always be their anniversary."

Aoife went on to describe some of the injuries she suffered - including a traumatic brain injury, open heart surgery and broken arms, hands and jaw.

"None of this needed to happen," she said.