An outdoor smoking ban would be difficult to enforce, according to Environment Minister Eamon Rya...

An outdoor smoking ban would be difficult to enforce, according to Environment Minister Eamon Ryan.

He was speaking after one listener raised the question of whether smoking would be banned at outdoor eating areas - amid a major push towards outdoor dining.

But Minister Ryan told Lunchtime Live an outright ban is not workable.

"I think [what] that listener wrote in about showing respect to other diners is absolutely true: it wouldn't be proper or right if someone's at a table nearby if you are smoking.

"You might have to leave the table [and] walk to an area where you're not blowing smoke on to neighbouring tables.

"I don't think we can have a complete restriction on people from smoking outdoors.

"But where people are close to each other enjoying a dinner, I think the etiquette should be that you don't smoke."

Asked if the onus should be on restaurants to provide smoking sections, he said: "Increasingly it's just not right if you're at a table, a dinner where that would be seen as acceptable.

"But that's part of it, and I think part of that is you don't smoke when you're having dinner."

Asked if there would be any ban in place, he said any restriction on smoking could be enforced by staff.

"I think it's very possible, very easy for a restaurant manager to say 'We prefer courtesy to be shown'.

"But banning smoking outdoors would become a very difficult reality in terms of how you define the areas and so on.

"But I think the etiquette and the ability to be polite to your neighbours, in that way, should become the norm". 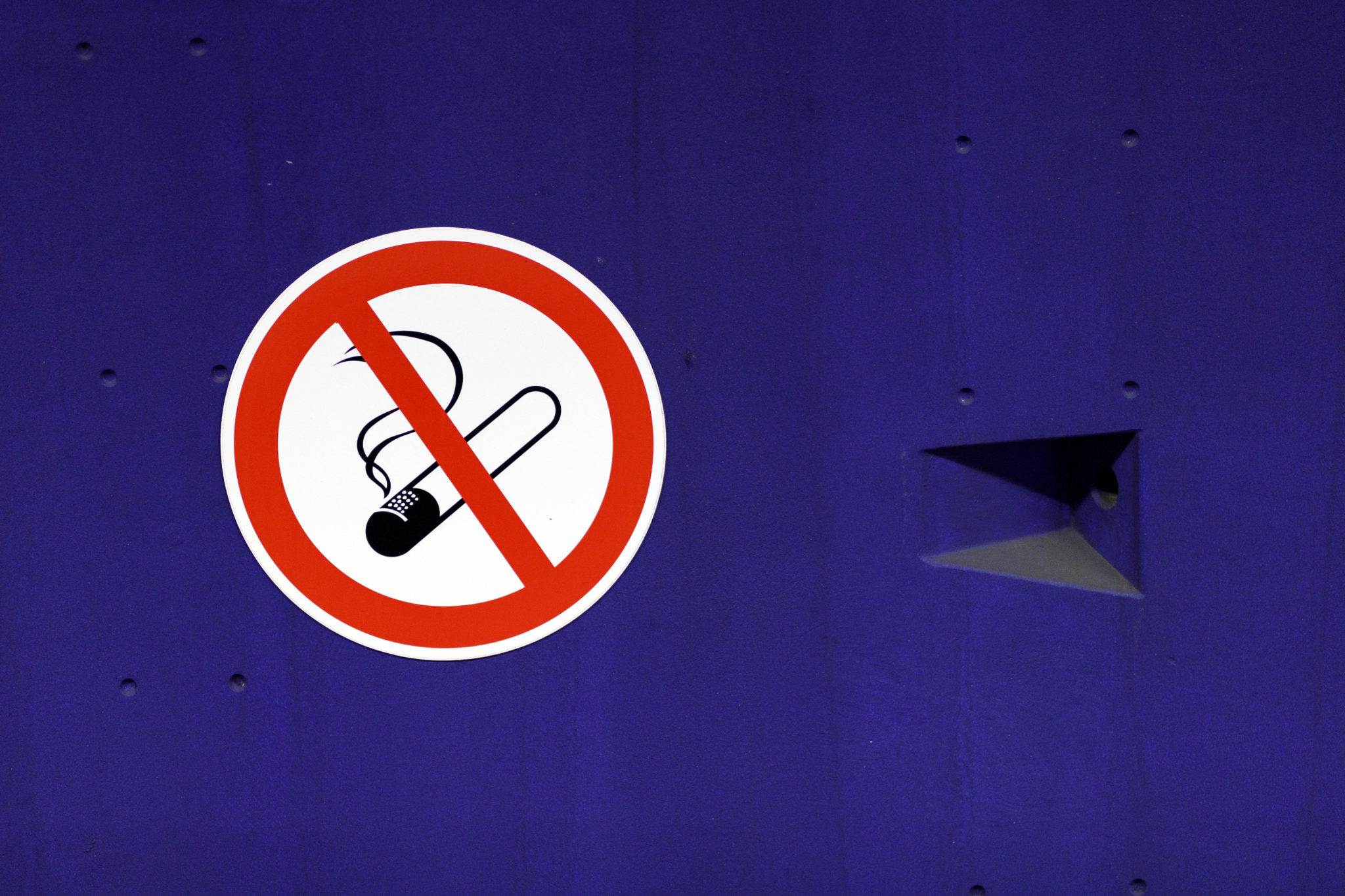 A sign indicating no smoking at a subway stop in Cologne, Germany. Picture by: Christoph Hardt/Geisler-Fotopres/DPA/PA Images

And he added that this is one of the issues facing people in an outdoor summer.

"I think this is about culture of respect to other people, and I think similarly when it comes to management of the COVID.

"It's how we do this now this summer; it is going to be a lot of things outdoors and how we manage that.

"We've removed the regulations, the restrictions, to 15 people in the outdoor dining area - but we are seeing that it has to be done in a way that's safe, and in a way that is commensurate with the size of the space.

"There's a whole range of things we need to balance - including smoking - but more importantly and more immediately, just having a safe distance.

"And I think in those circumstances outdoor is going to be safe, it also needs to be pleasant which is why we don't want people blowing smoke in your face".

Restrictions could be eased as soon as next week - Ryan

Parking fine increases 'will only work if they're actually enforced'