Scotland's First Minister Nicola Sturgeon has said her country will hold another independence referendum from the United Kingdom.

She told her party's annual conference that she wanted another national poll to decide the country's future to take place in 2020.

In Aberdeen on Tuesday, Ms Sturgeon said: "For Scotland, the hope lies in becoming an independent nation.

"Be in no doubt about this - we are winning the case for independence."

"It is time for independence."

She told delegates: "We will win our independence. But not the Brexit way.

"Not by undermining democracy, demonising those who disagree, and plastering lies on the side of a bus.

"We will win by inspiring and persuading.

"So let us resolve today that how we campaign for independence will always reflect the open, tolerant, inclusive and democratic nation we are determined to build." 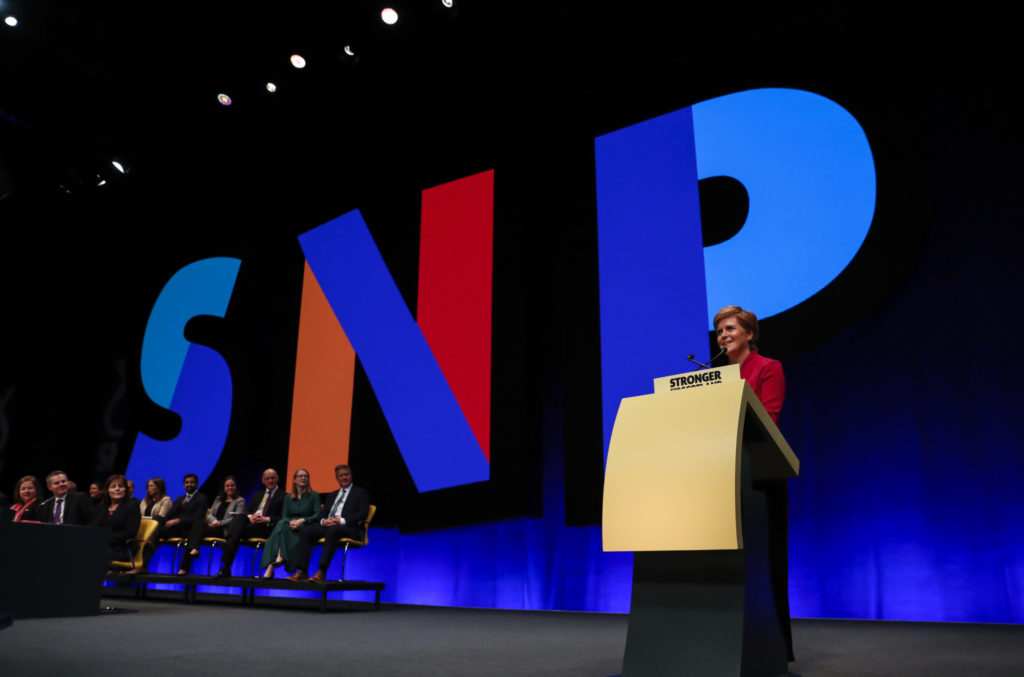 She also hit out at British Prime Minister Boris Johnson, and the state of Brexit.

"A UK that seemed possible to many just five years ago no longer exists. And a UK that was said to be impossible is now all too real.

"I vividly remember, in 2014, the director of the No campaign being asked about the prospect of Boris Johnson becoming Tory leader.

"He said it was, and I quote, 'a scare story'. Coming from the architect of Project Fear, that was quite the accolade."

"Well, guess what? We did get both.

"The Tories are still in power, Boris Johnson is prime minister - and those who led that No campaign will never be trusted by the people of Scotland ever again."

She said: "We have a cast iron mandate for an independence referendum. That fact is beyond doubt.

"But we don't just have a right to offer the people of Scotland a choice over their future - in the circumstances now Scotland faces, we have a duty to do so.

"And it is what we intend to do. But let me be clear about this.

"The process by which we choose Scotland's future must be capable of actually achieving independence.

"It must allow majority support to be expressed clearly and unambiguously."

She also said a "refusal" of the vote by Westminster is not sustainable.

"We can already see the cracks appearing. The Labour leaderships in London and Wales have recognised our right to choose.

"They make Scottish Labour look even more ridiculous than normal.

"The other parties are so lacking in confidence that a referendum can be blocked that they're now trying to rig the question.

"Just like us, they know there is going to be a referendum."

"It is time for Scotland to choose our own future, it is time to reclaim our independence.

"I don't know about you but I'm utterly sick of Westminster. I'm sick of Brexit", she added.