Ireland’s biggest hospital has apologised for offering staff incentives to encourage them to mo...

Ireland’s biggest hospital has apologised for offering staff incentives to encourage them to move on discharged patients faster.

St James's Hospital offered its wards and medical teams cash prizes as part of a competition to have discharged patients moved on before 11am.

The prizes were to be used to improve ward resources.

The Hospital has since removed the posters and apologised for any offence they may have caused. 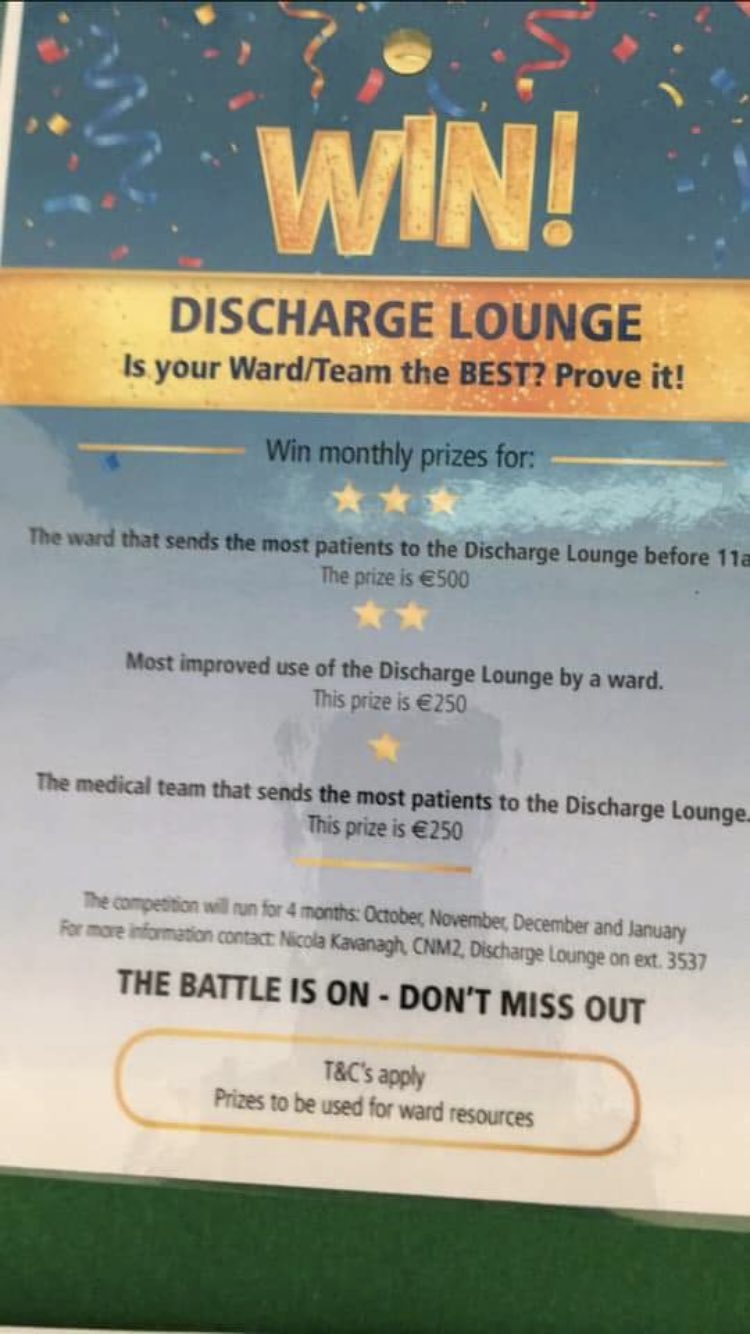 A poster on display at St James's Hospital

“It is just incredible I think; I have never seen anything like this,” he said.

“This used to happen in America where they incentivised patients and doctors to create more business – but this is the first time I have seen it in a public health system like this one.

“This, in my view, is an absolute non-runner.”

The competition was promoted on posters bearing the word 'WIN!' in big letters alongside a slogan announcing that 'the battle is on.’

It was due to run for four months from October to January.