The most popular time for shopping online on Black Friday is 10.00am. That is according to a new ...

The most popular time for shopping online on Black Friday is 10.00am.

That is according to a new survey from AIB, which examined people's shopping habits.

And shoppers in Sligo spent their money on electrical goods.

The data was compiled from over one million debit card transactions from Irish consumers, and has been anonymised and aggregated.

Speaking about the data, AIB's chief digital and innovation officer Fergal Coburn said: "These insights give us a real understanding as to how Irish consumers are spending their money.

"More recently we are seeing an increase in digital wallet usage, with more shoppers using Apple, Google or FitBit Pay to carry out their transactions.

"This year we have seen a trend in consumers using their digital wallets more as they reach for their phone over their card."

Apple, Fitbit and Google Pay allow shoppers to spend up to €5,000 with a tap of their device.

These accounted for 4% of all transactions last Black Friday and is expected to increase this year.

The spending data reveals that brick and mortar stills wins out - with 69% of us spending in store versus 31% online.

However, there is an increase in the volume of online spending during Black Friday compared with the previous Friday.

On Black Friday, online spend is up 216% and in store spending is up 46% compared with the previous week.

The data also reveals that 36% of us are shopping online on so-called Cyber Monday. 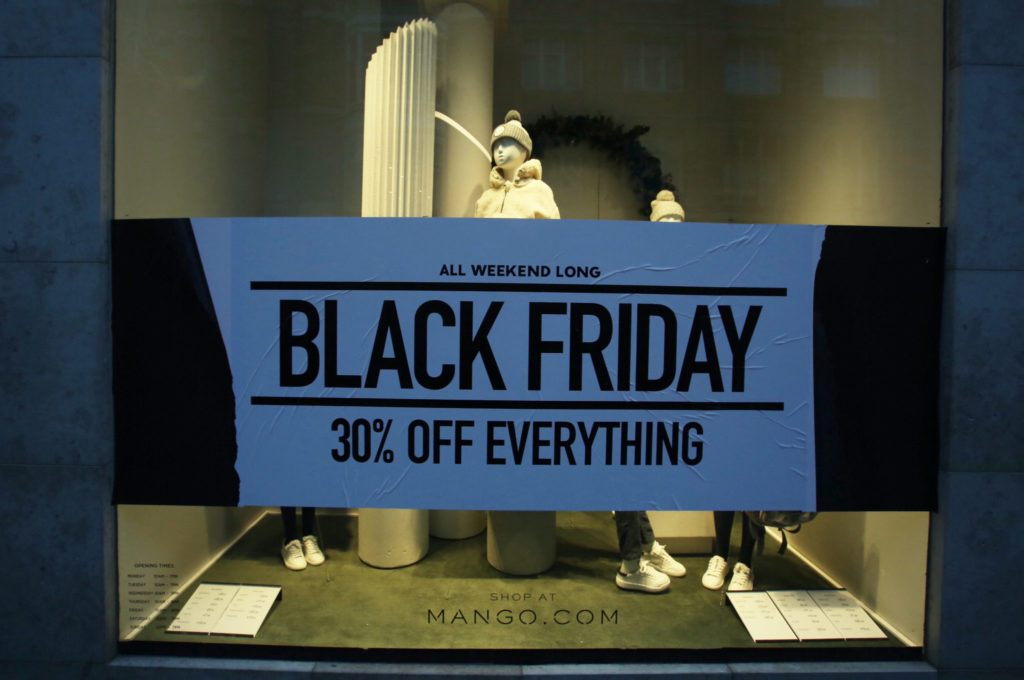 Looking at different types of goods, during Black Friday there was an increase of 285% in in-store spend and a 290% increase in online spend in electrical goods.

Jewellery saw an increase of 89% in store, but over triple the increase (275%) in online spend.

And there was an in-store increase of 104% in spending on clothes during Black Friday, and a fourfold increase (466%) in online spending.