A renewed appeal has been launched on the first anniversary of the death of Lyra McKee. The 29-y...

A renewed appeal has been launched on the first anniversary of the death of Lyra McKee.

The 29-year-old journalist was shot dead in Derry while covering rioting in April last year.

Her sister, Nichola Corner, says the coronavirus restrictions are impacting on how they are remembering Lyra.

She told the Hard Shoulder: "We're not doing too well to be honest with you, it's a very difficult time for us all.

"Especially with the various restrictions and things like that - we can't actually be together to comfort each other, to console each other.

"So it makes it even more difficult than I would imagine it normally would be - because we don't have each other to support each other at this time". 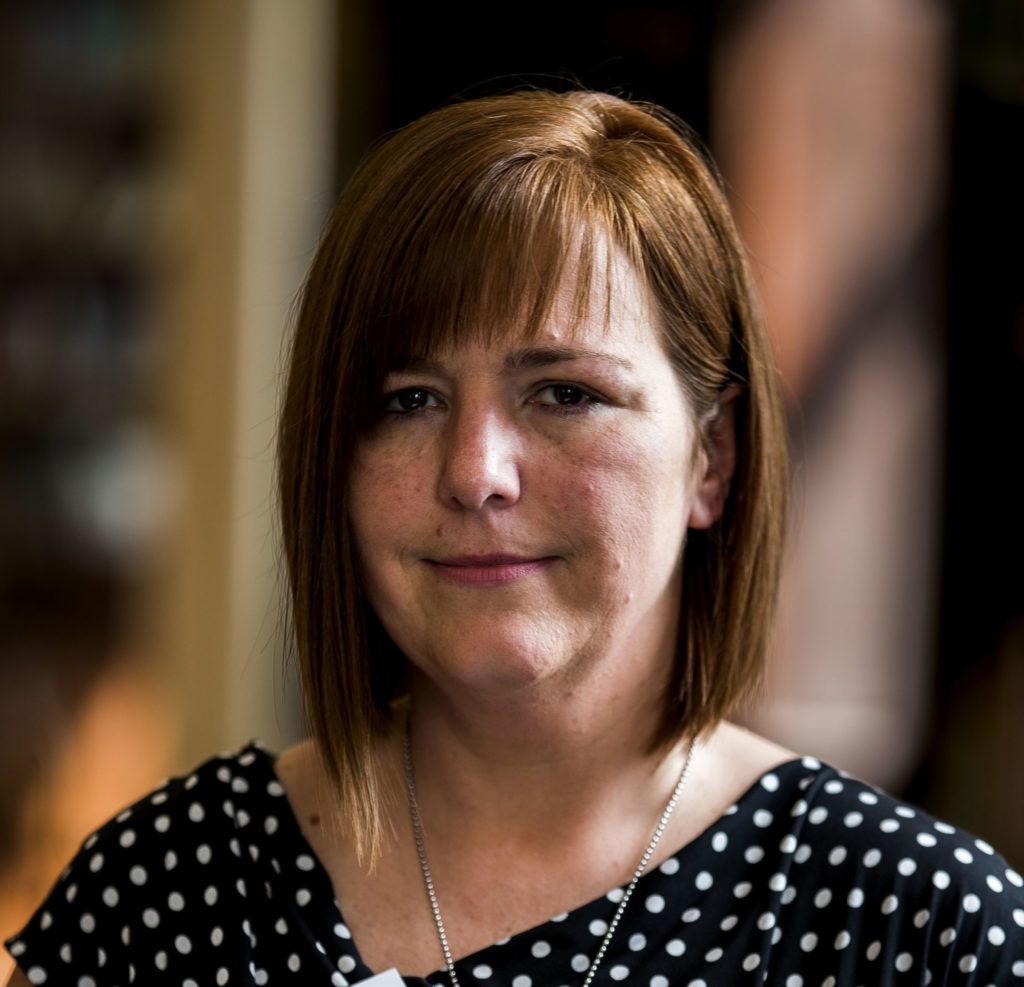 On her sister, she says: "Lyra was the sweetest girl you could know, honestly.

"And I'm not just saying that because she's my baby sister - I'm saying it because it's actually true.

"She always went out of her way for anyone, no matter who they were.

"She went out of her way for them, did  anything she could to help people, that's really all she wanted to do.

"She was so generous, she was generous to a fault.

"Even as a child she would have donate all of her savings - that she was saving up to buy a book or something - to charity, because she just put other people before herself and that's just how she lived".

She has appealed to people with any information to come forward.

"Obviously there were lots of people on the ground that night, there's bound to be people who have more evidence that could help lead to bringing the person responsible for her murder to justice." 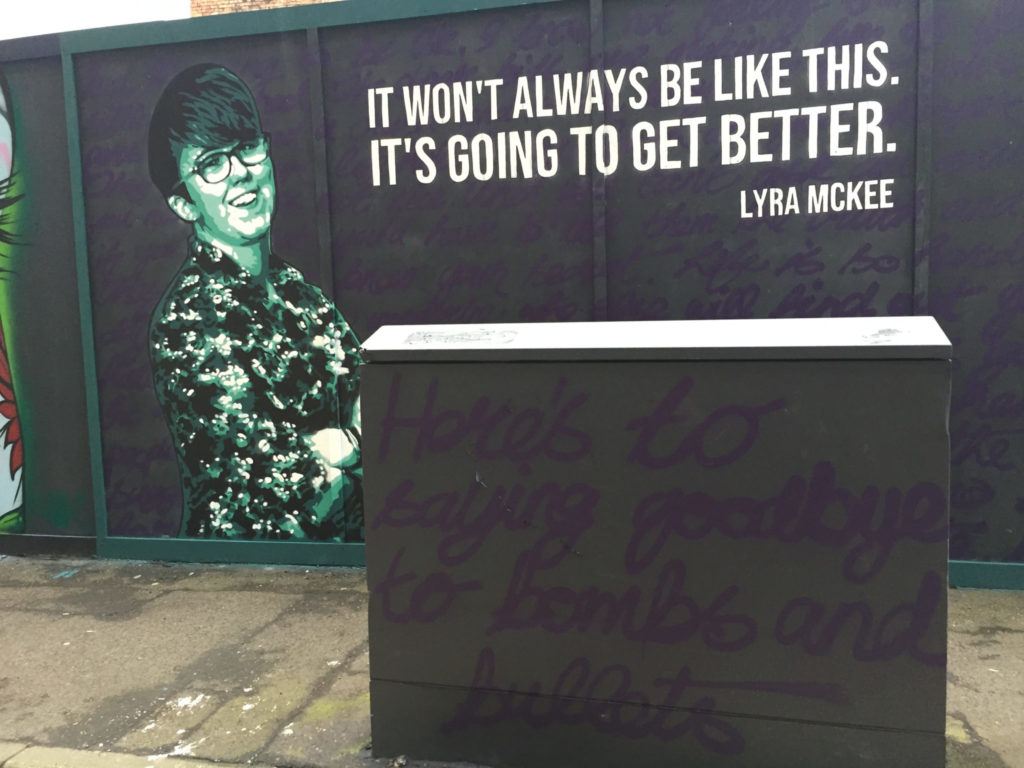 File photo of a the mural of Lyra McKee in Belfast city centre. Picture by: David Young/PA Wire/PA Images

"I would say to them to please, if they have any information, to come forward.

"If your loved one had been killed on the night of the 18th of April, and not Lyra, what would they want the people to do for them - and then to do it for us.

"I think that's really important - anyone could have been killed on that night, but Lyra was killed".

Detectives from the PSNI’s Major Investigation Team have also issued an appeal ahead of the anniversary on Saturday.

Letters have been sent to people living in the Creggan area, directly appealing to them to think back to the events of a year ago and bring any new information forward to police.

Detective Superintendent Jason Murphy, who is leading the investigation, said: "On Saturday, 12 months will have passed since journalist Lyra McKee was shot dead during rioting at Fanad Drive in Creggan.

"While this appeal for information is being distributed by the police, it is also a direct appeal from the McKee family for help in getting justice for Lyra." 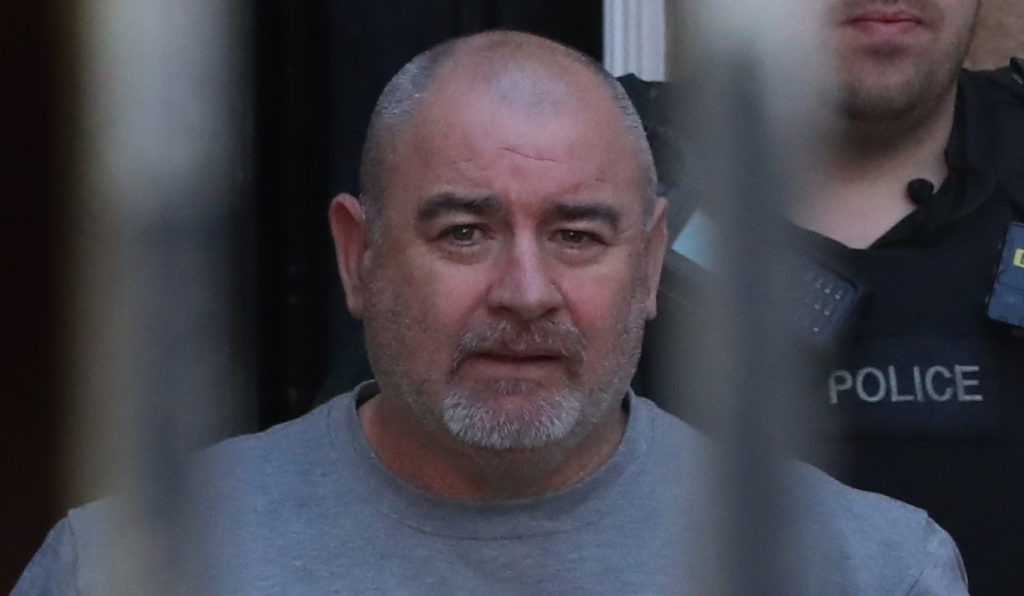 Paul McIntyre, seen in May 2019 at Derry Magistrates Court, after he was charged with riot, petrol bomb offences and arson of a hijacked vehicle. Picture by: Niall Carson/PA Archive/PA Images

Paul McIntyre (52), from Kinnego Park in Derry city, has previously been charged with offences in connection with the murder.

In his letter sent to local residents, PSNI Detective Superintendent Murphy said: "Since Lyra was killed, many of you may have spoken with my team of detectives.

"We have strived to conduct the investigation with sensitivity and care.

"However, these charges do not signify the end of the investigation.

"For the police service, me and my team of detectives it is only the beginning.

"A huge amount of work has been done and massive amounts of community help has enabled us to piece together the events of April 18th 2019 and gain a clear understanding of the roles played by those who were involved.

"Lyra’s murder was not committed in isolation, nor did it involve only one person.

"The events that led up to Lyra being shot, and the events afterwards, are equally important.

"I am asking the community to reach into its conscience and tell us what it knows.

"Lyra’s family cannot begin the grieving process without the information about Lyra’s murder that they deserve. Anybody in their position would want the same.

They are also still trying to recover the gun that killed Ms McKee.

​Anonymity is also being offered to those who wish to talk to the PSNI.