Companies such as Amazon are set to introduce buy now, pay later options in Ireland

The idea of buy now and pay later has been around for decades, but is making a comeback as the cost of living bites.

Consumer journalist and presenter of The Home Show Sinead Ryan said people need to be careful of exactly what they're signing up for.

She told Lunchtime Live: "What's changed I suppose now - like everything else - is it's all digital, it's all online.

"And because credit now has nearly just become ubiquitous, it's just like an extension of your own money in some people's mindset, you can be signing up for stuff that you don't fully understand what you're re-paying.

"These companies are not charities."

She said it can be hard to find the information people need.

"Although the business model seeks to kind of help people by spreading out the payments - and that's fine - a lot of them can carry massive interest rates.

"That kind of 'It's an easy €25 a week' message, in fact what you're doing is you're paying a chunk of that in very high interest.

"The Central Bank - of the firms it regulates, and it does not regulate all of them - makes them put on their website that this is high-cost credit product.

"It's hard to get past all the glossy [messaging] to get to that message: it's there, but it can be hard to navigate".

Sinead said some of these companies can actually be classed as moneylenders.

"You look at a really popular catalogue like Littlewoods - they've been rebranded now, they're called Very.

"They'll have 'If you pay us back within six months at a certain rate per month, then you've interest-free credit - and that's fine.

"If you don't, and if it goes beyond six months, the interest rate with that particular company is 39.9% APR.

"That puts them, and other companies, of being on the Central Bank's moneylending register.

"If you charge more than 22.9% per annum, you are classed as a moneylender rather than a bank or a retail operator". 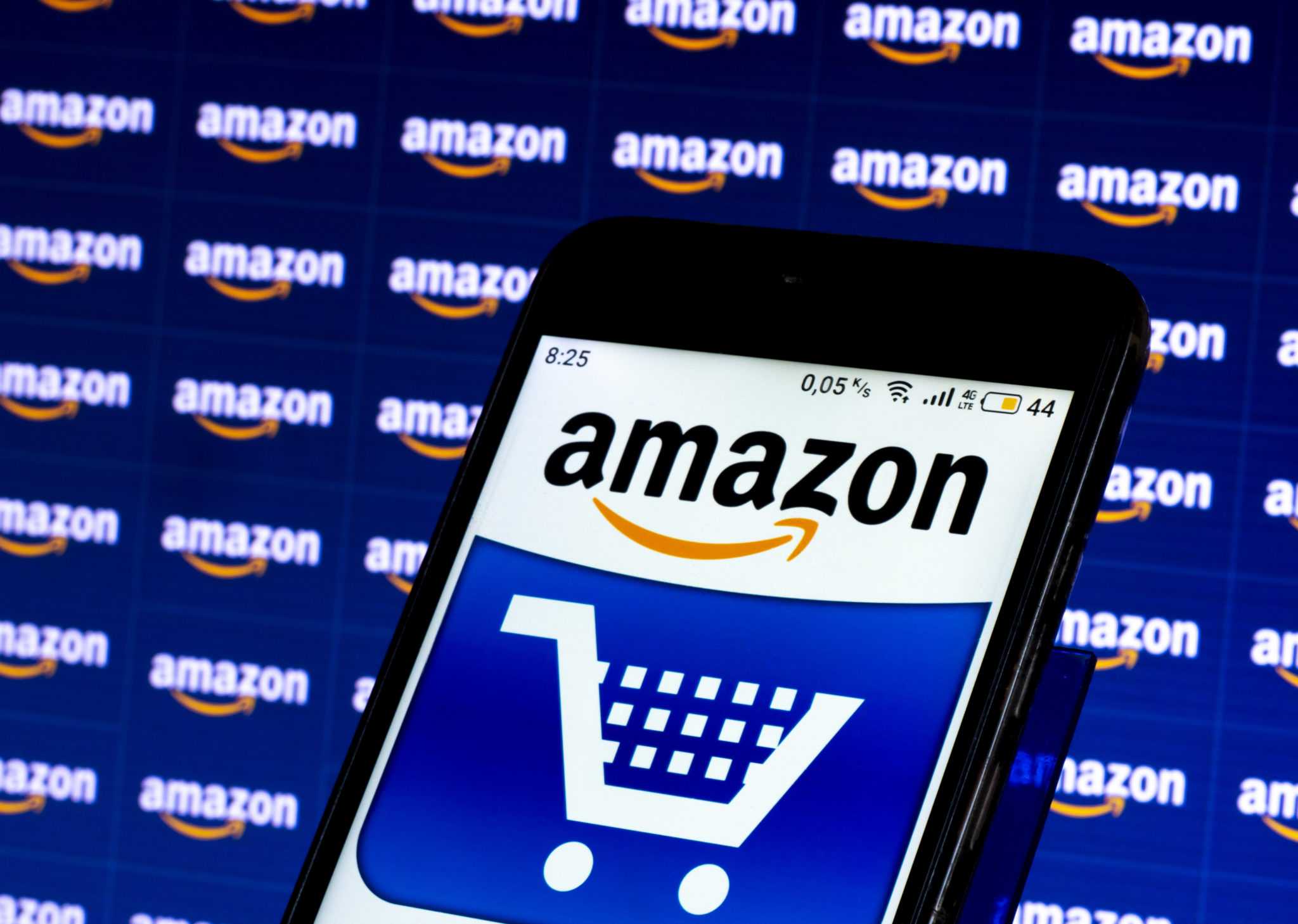 In this photo illustration, an Amazon logo seen displayed on a smartphone. (Photo by Igor Golovniov / SOPA Images/Sipa USA)

While more companies are also due to offer buy now, pay later offers.

"Amazon is due to introduce buy now, pay later - that's going to be up and running.

"These are organisations, global lenders buying into this kind of zeitgeist", she said.

Swedish bank Klarna is also operating in Ireland, having applied for a licence several years ago.

Sinead explained: "Klarna's a little bit different because they don't tie up with any particular shops.

"So you download the app, and you buy anything you like using Klarna... and you're automatically entered into a 'buy now, pay later' contract with them.

"But they will keep going for the money... and remember if you have a direct debit system up and you don't pay it with your bank, you can be stuck for charges as well.

"But it learns your behaviour - so if you don't pay it back, it's not going to let you re-use it again.

"The problem with it is it's a poorer behaviour in terms of consumers buying stuff and getting into debt".