A Banksy artwork that famously shredded itself moments after being purchased at auction has been ...

A Banksy artwork that famously shredded itself moments after being purchased at auction has been sold again for more than 18 times the price.

The painting, previously known as ‘Girl with a Balloon,’ sold for £1m (€1.18m) three years ago before spontaneously shredding itself. 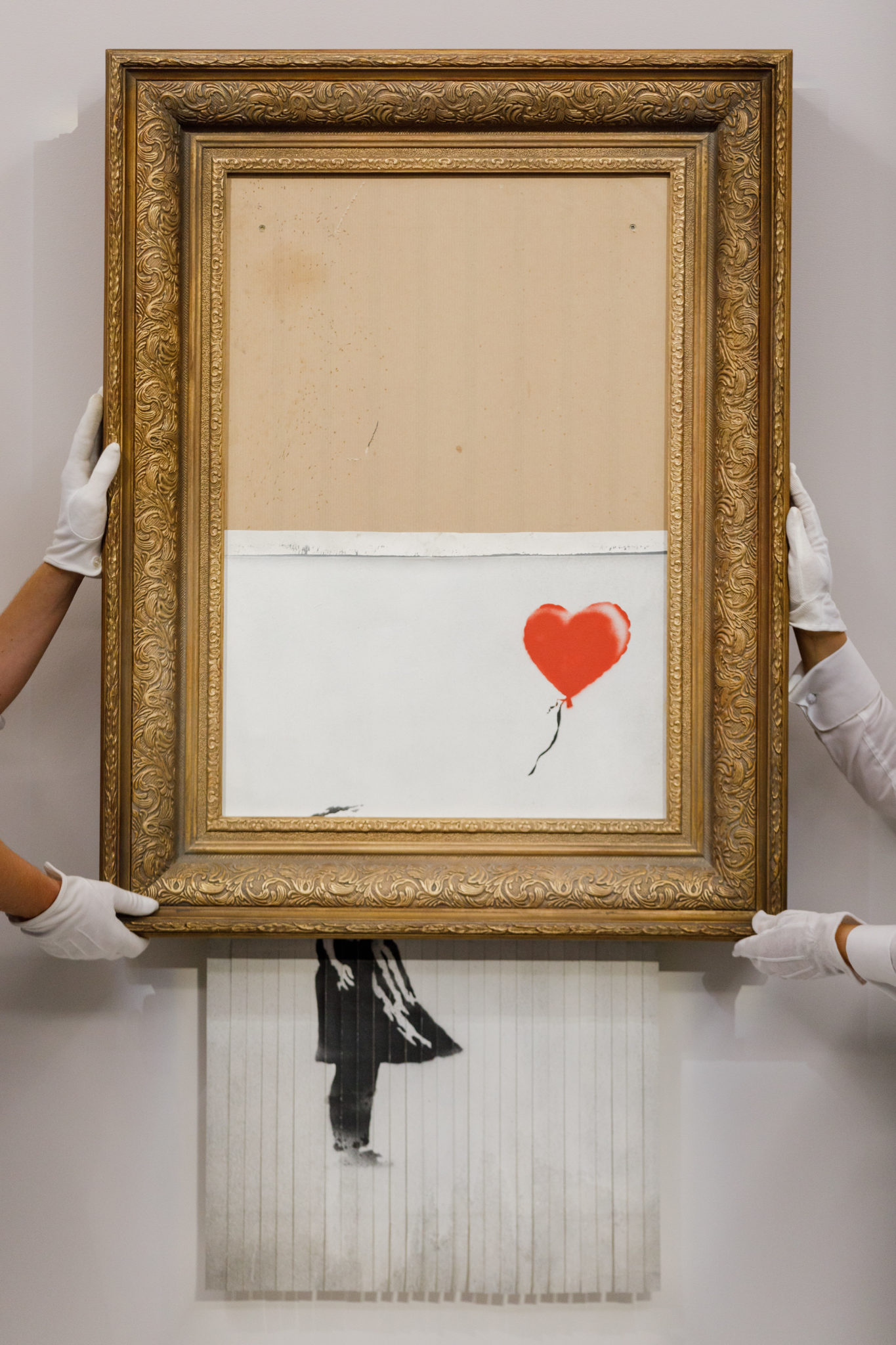 Banksy ‘Love is in the Bin’. Image: Sotheby’s London

Sotheby’s London said the shredding marked the first time a new work had been created during the course of an auction.

It sparked more than 30,000 global news stories at the time, with the BBC predicting it would “come to be seen as one of the most significant artworks of the early 21st Century.”

Banksy has become one of the world’s best-known artists since beginning his career spray-painting buildings in Bristol, England.

“Girl With Balloon” was originally stencilled on a wall in east London.

It has gone on to become one of the artist’s best-known images.