A man has died after being shot in the head in north Dublin. It happened in the Kilbarron Avenue ...

A man has died after being shot in the head in north Dublin.

It happened in the Kilbarron Avenue area of Coolock at 3:30pm this afternoon.

The man - who was in his early 40s - was shot in the front garden of a house.

His body remains at the scene, and a forensic examination is due to be carried out.

A post-mortem is expected to take place tomorrow. 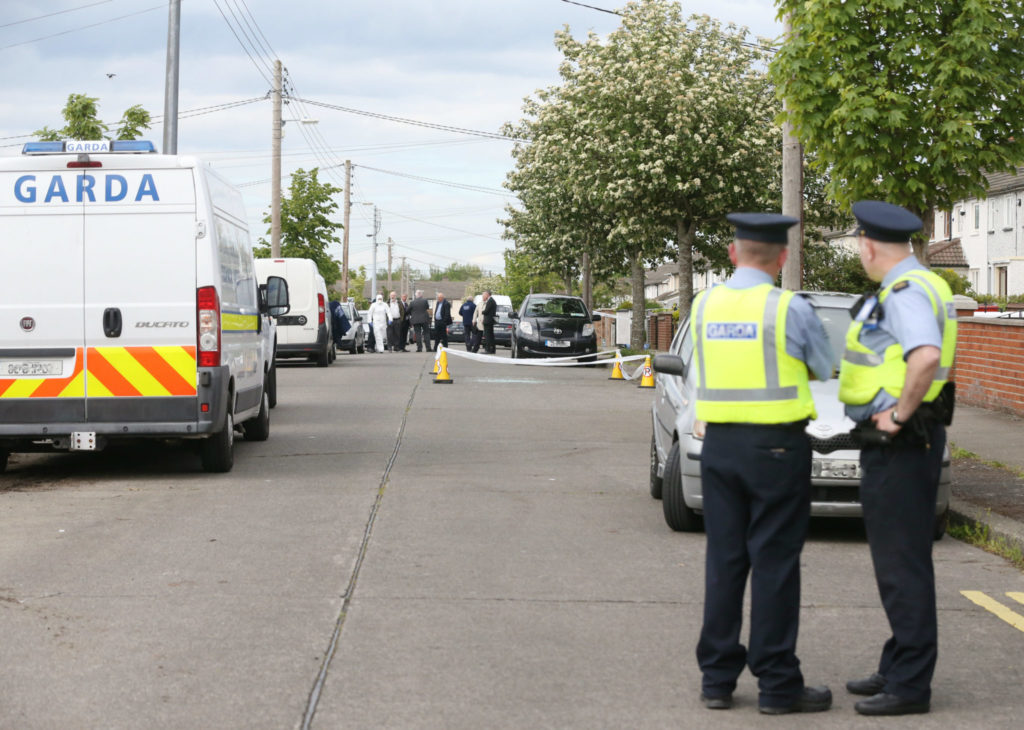 The car was found abandoned and on fire in the Castletymon Gardens area of Coolock at around 3:45pm, and that scene has also been preserved.

In a statement, gardaí said: "An incident room has been established at Ballymun Garda Station. Gardaí are appealing for anyone with information to contact them at Ballymun on 01 666 4400, the Garda Confidential Line on 1800 666 111, or any Garda station.

"Gardaí are particularly interested in speaking to anyone who was in the vicinity of the Kilbarron Avenue or Castletymon Gardens areas of Coolock between 3:15pm and 4pm on 28/05/19, especially road users who may have dash cam footage."

The attack comes less than a week after two 22-year-old friends were shot dead in separate attacks in north Dublin.

He said: "This isn't normal - children shouldn't grow up in a community where this is happening.

"People are literally being shot... in the mid-afternoon in Dublin's northside. We've had shots fired outside shopping centres; we've had pipe bombs... this situation is completely out of control."

Main image: The scene after a man was killed in a shooting incident in Coolock, North Dublin. Photo: Sam Boal / RollingNews.ie