Shelbourne Hotel statues to be re-installed at landmark building

Management at Dublin's Shelbourne Hotel are set to re-install four statues outside the building, which were removed in July.

The statues had stood outside the famous hotel for more than 150 years.

The hotel had originally said the statues were removed 'in light of recent world events' and their association with slavery.

However Dublin City Council said it was "not aware" of permission being granted to remove the statues.

The matter was then put under investigation by its Planning Enforcement Section.

The hotel admitted there had been no complaints about the statues, and that it was a decision made by the Shelbourne itself and its owners - Kennedy Wilson - and the operators of the hotel, Marriott International. 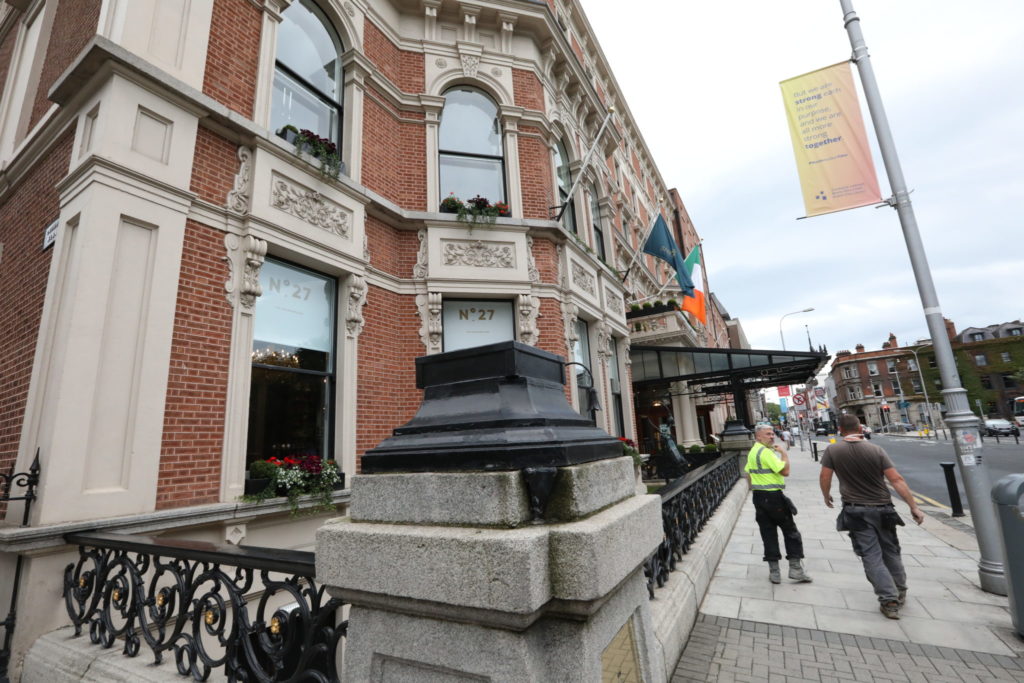 The empty plinths outside the Shelbourne Hotel in Dublin after a series of statues were removed due to concerns over their depiction of slavery. Picture by: Sasko Lazarov/RollingNews.ie

The Irish Georgian Society also said it was not consulted about their removal.

Art historian Kyle Leyden has said the statues do not depict slaves, but rather Egyptian and Nubian women.

But Dr Ebun Joseph, who is from the Institute of Black Studies in Dublin, disagrees.

She told Newstalk Breakfast: "I want you to look at the position of servitude that those black bodies are in in front of a white opulent hotel.

"You have to look at the racial meaning, have the racial understanding between the groups and what it represents.

"What relationship did Ireland have with black bodies in the 1800s or 1900s?

"So you have to look at all of those things.

"Why did we have one as a princess and the other one as the negress - the negress is the female version of the negro.

"And the negro word did not come from a good place; it came from enslaved bodies".