A packaging supply company is extending its business model to make face shields.

Its customers include coffee shops, convenience stores and retailer multiples - such as Tesco and Marks & Spencer. 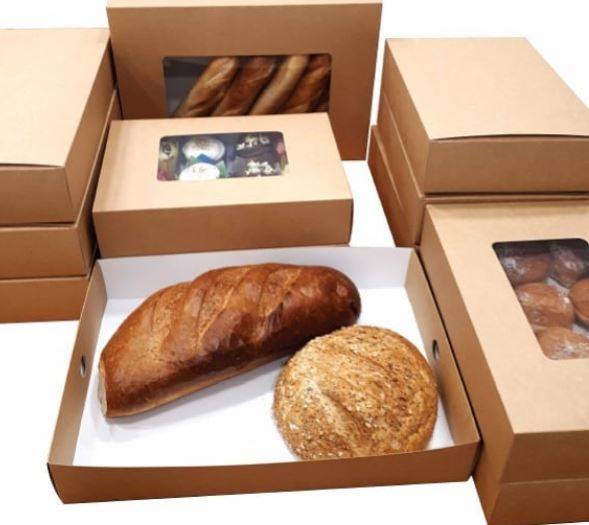 The company usually makes sandwich packaging like this. Image: Instagram/nevpakirl

But it has turned over its production line to manufacture disposable personal protective equipment (PPE) in the form of face shields.

The company has already begun operations by producing one million shields, of which the first 65,000 have been earmarked for free distribution to care homes across Ireland and the UK.

RAP says it is able to reach full-scale production immediately to deliver between seven and 10 million face shields a week.

The shield is lightweight and disposable for use among health support workers, cleaners, teaching staff, retail operatives and any other public facing role.

The material used in the shield’s construction is a high barrier protective film, commonly used in the packaging industry to protect food against bacteria, virus and other harmful pathogens. 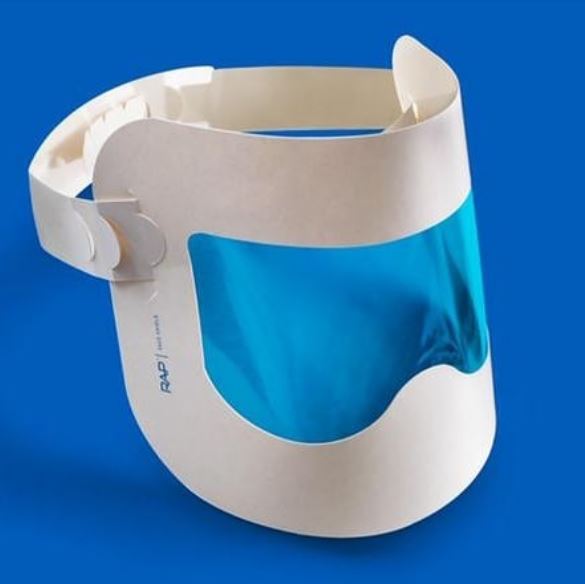 Now it is producing up to a million of these a day. Image: Instagram/nevpakirl

The visor is laminated to a carton board frame, to provide a rigid head frame with an adjustable strap.

It can be produced at a cost of around 14c per unit.

James Neville is sales manager for RAP Ireland. He told Down to Business how it all started.

"We actually got a phone call from a local HSE office in Donegal to our operations director John McDermott, asking what PPE products we could or potentially produce."

He said prototypes were ready within 48 hours, with the support of management.

And there was not much change involved to what they do already.

"It's a reel-fed machine, the reels being fed through are wide enough to produce a product like this.

"It also laminates the film, so we don't have to window patch the visor, so it's something we were able to do quite easily.

"And it's something we actually do for a lot of producers quite easily when they ask for a change or a different pack size".

He said the business saw a massive downturn with the closure of food retailers, but that gap is now being filled.

"The maths of it is we would have lost maybe 70% of our business during COVID-19 - and at the moment, in one day last week, we would have produced a million units.

"And our distribution partner, Paramount Packaging, would have got that to every corner of Ireland within 24 hours.

"If we can repeat that five to seven times a week, we're back in business".

Man drowns, another escapes after car slips off pier in Co Donegal