The first same-sex couple get married in the North have said they are “living the dream” afte...

The first same-sex couple get married in the North have said they are “living the dream” after their wedding in County Antrim.

26-year-old Robyn Peoples and 27-year-old Sharni Edwards tied the knot at a ceremony in a hotel in Carrickfergus this afternoon.

Same-sex marriage was legalised in the North last year, and the necessary changes legally came into effect yesterday.

After a lengthy campaign for reform in the North, the changes were eventually enforced from Westminster in the absence of a sitting executive at Stormont at the time. 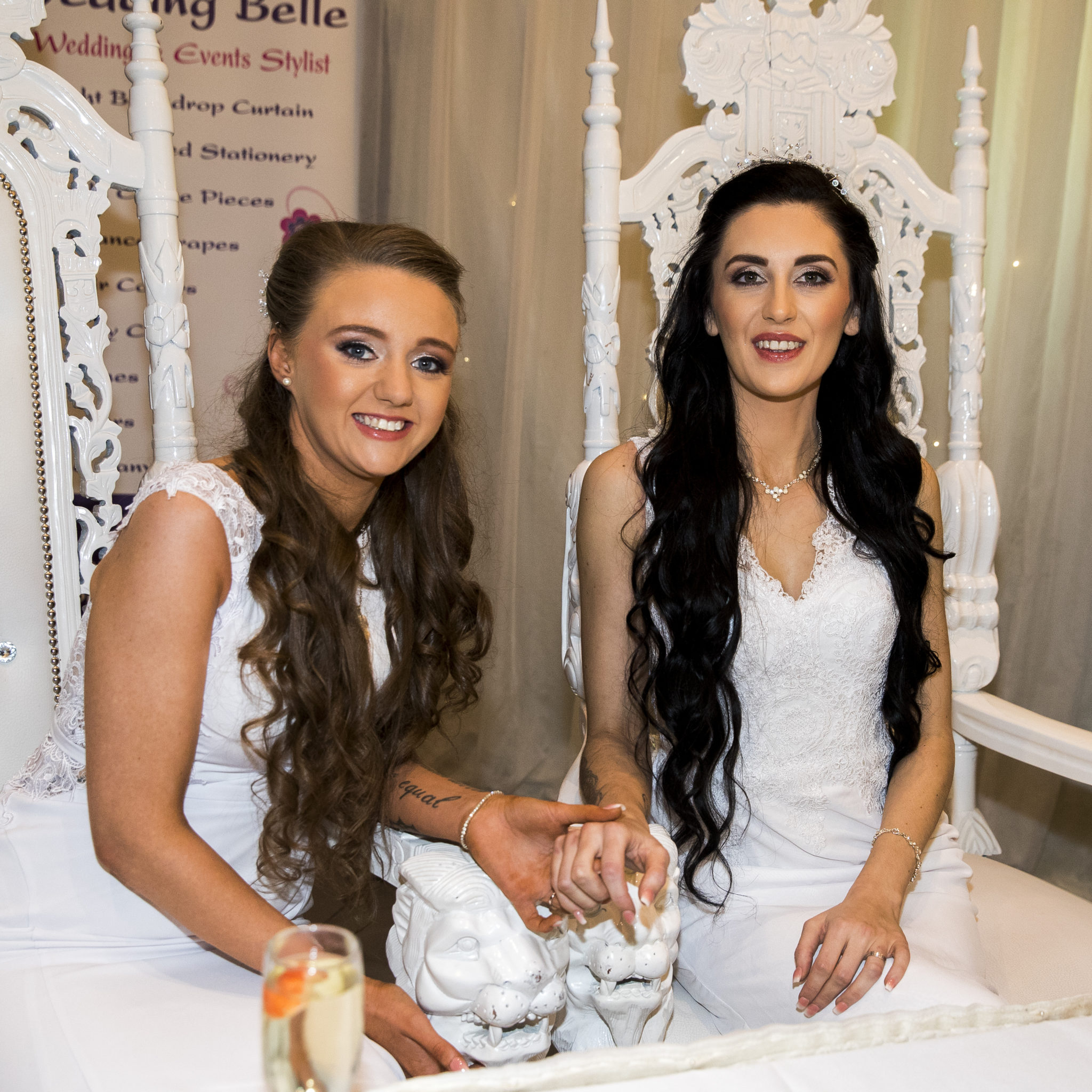 Robyn Edwards-Peoples (left), 26, and Sharni Edwards-Peoples, 27, at the Loughshore Hotel, in Carrickfergus after they became the first couple to have a same-sex marriage in Northern Ireland, 11-02-2020. Image: Liam McBurney/PA Wire/PA Images

Robyn Edwards-Peoples, a senior care worker from Belfast, said: "For Northern Ireland we need to be the face of the people to show everyone it's OK.

"We fought so long and hard for this opportunity to be seen as equal and now we are here and it's just amazing."

"It's just to show that we are equal to a man and a woman, our love is just the same, it's no different. Sometimes people might try to say it's not. Our love is the exact same, and this means everything to us.

"Now we are married, and we have this opportunity - this is my wife, I can finally say she is my wife and we have had our marriage." 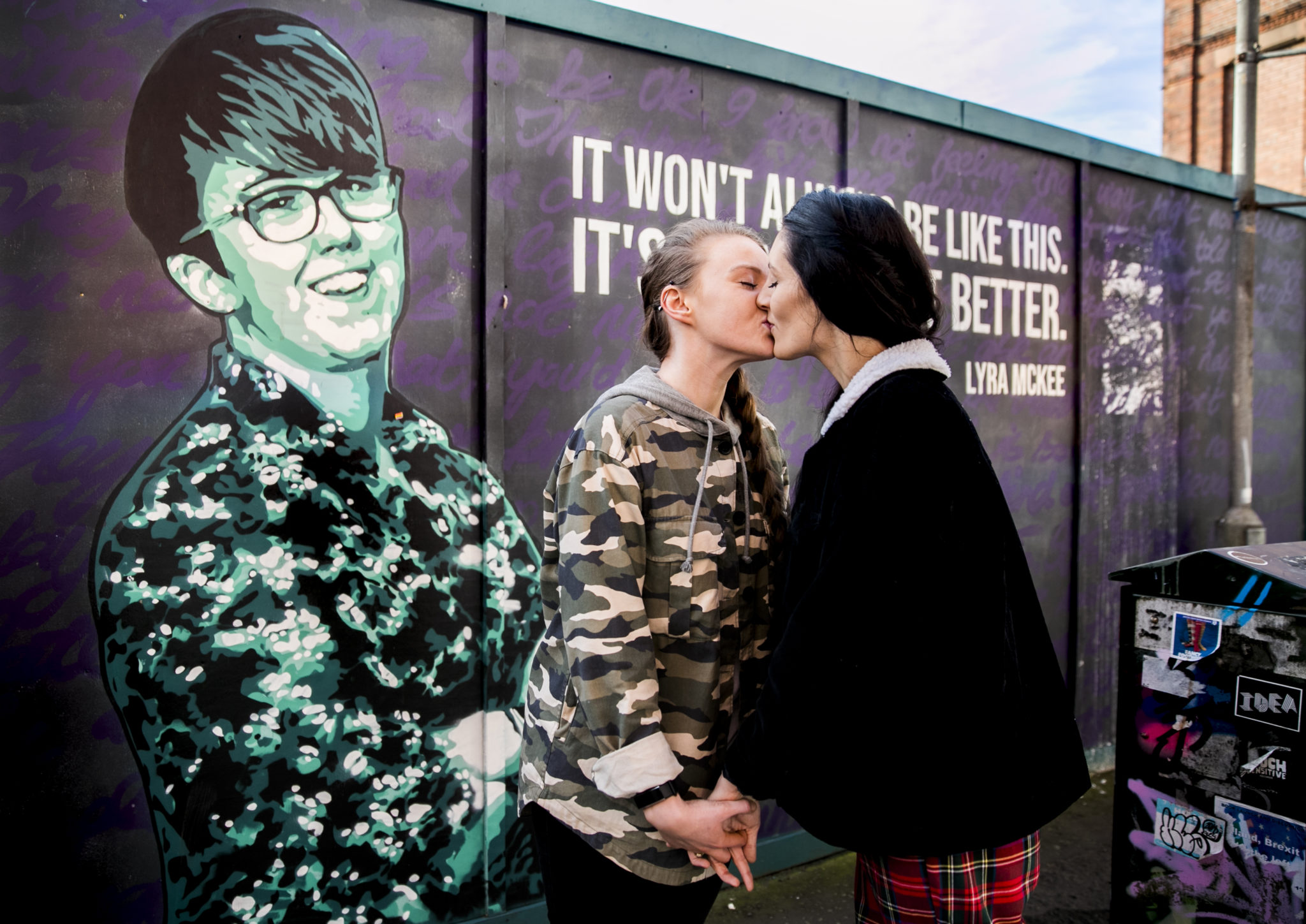 Robyn Peoples and Sharni Edwards, before they became the first couple to have a same-sex marriage in Northern Ireland, at the Lyra McKee mural in Belfast, 05-02-2020. Image: Liam McBurney/PA Wire/PA Images

She blamed local politicians for delaying the introduction of equality legislation and thanked all those who spent so long campaigning for change.

"If it wasn't for them guys we wouldn't be sat here right now, we just want to say thank you to everyone,” she said.

Today marks the couple’s sixth anniversary and they had booked a civil partnership ceremony months before the new legislation was passed.

As soon as marriage became a possibility, they changed their plans for the ceremony. 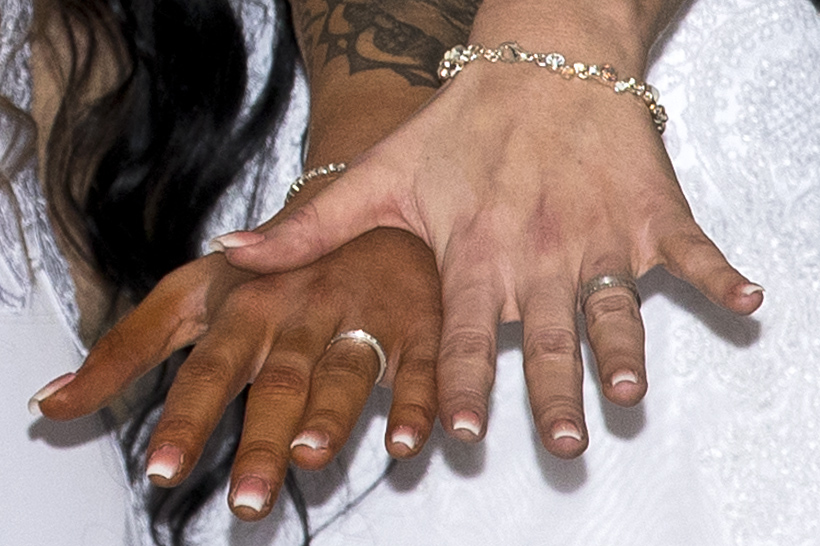 Robyn Edwards-Peoples (left), 26, and Sharni Edwards-Peoples, 27, show their wedding rings at the Loughshore Hotel, in Carrickfergus after they became the first couple to have a same-sex marriage in Northern Ireland, 11-02-2020. Image: Liam McBurney/PA Wire/PA Images

"We didn't expect to be the first couple, it's coincidental," said Sharni Edwards-Peoples, a waitress from Brighton.

"Today is our six-year anniversary so we wanted to go ahead with a civil partnership but when the bill was passed it was perfect timing and it was a complete coincidence – a happy coincidence, we couldn't be more grateful."

She said it was a "surreal" feeling with the media coverage they were receiving and added: "We are literally living the dream, it's incredible."

The couple, who both wore white bridal gowns, are now planning a two-week honeymoon in Cyprus.