The recent surge of COVID-19 cases in Ireland cannot be predominantly attributed to new variants ...

The recent surge of COVID-19 cases in Ireland cannot be predominantly attributed to new variants of the virus, according to an infectious disease specialist.

Professor Sam McConkey from the Royal College of Surgeons Ireland said that while the mutant strains are "certainly a factor" in the high numbers, data shows it is the original virus contributing to the majority of cases.

The head of the HSE warned today that Ireland's health system is coming under "increasing strain".

Paul Reid's comments come as 1,421 people are now being treated in hospital for coronavirus, while 120 are in intensive care.

It is also reported that some hospital staff have been asked to conserve oxygen over an expected influx in admissions in the coming days.

Professor McConkey told On The Record with Gavan Reilly that the current situation is worrying.

"If we can prevent the outbreaks and stop the onward transmission by decreasing socialising, which I think we're doing in the last week or so, and if we can care for those who are sick with oxygen and with the other supportive care that people really benefit from then we can get through this."

Professor McConkey added that while the new strains of the virus identified in the UK and South Africa have higher viral loads and are more transmissible, the majority of cases here are from the original disease.

"I think it's misleading to think this is a problem predominantly or only caused by this new mutant strain," he stated.

"But from the data last week, three-quarters of cases are from the original strain of COVID-19 and not the new variant.

"This reassures me that if we do what we did before we can control that.

"This stay at home advice that we've been given not to socialise is still very robust and very reliable and I strongly believe that will work against the old and new variant." 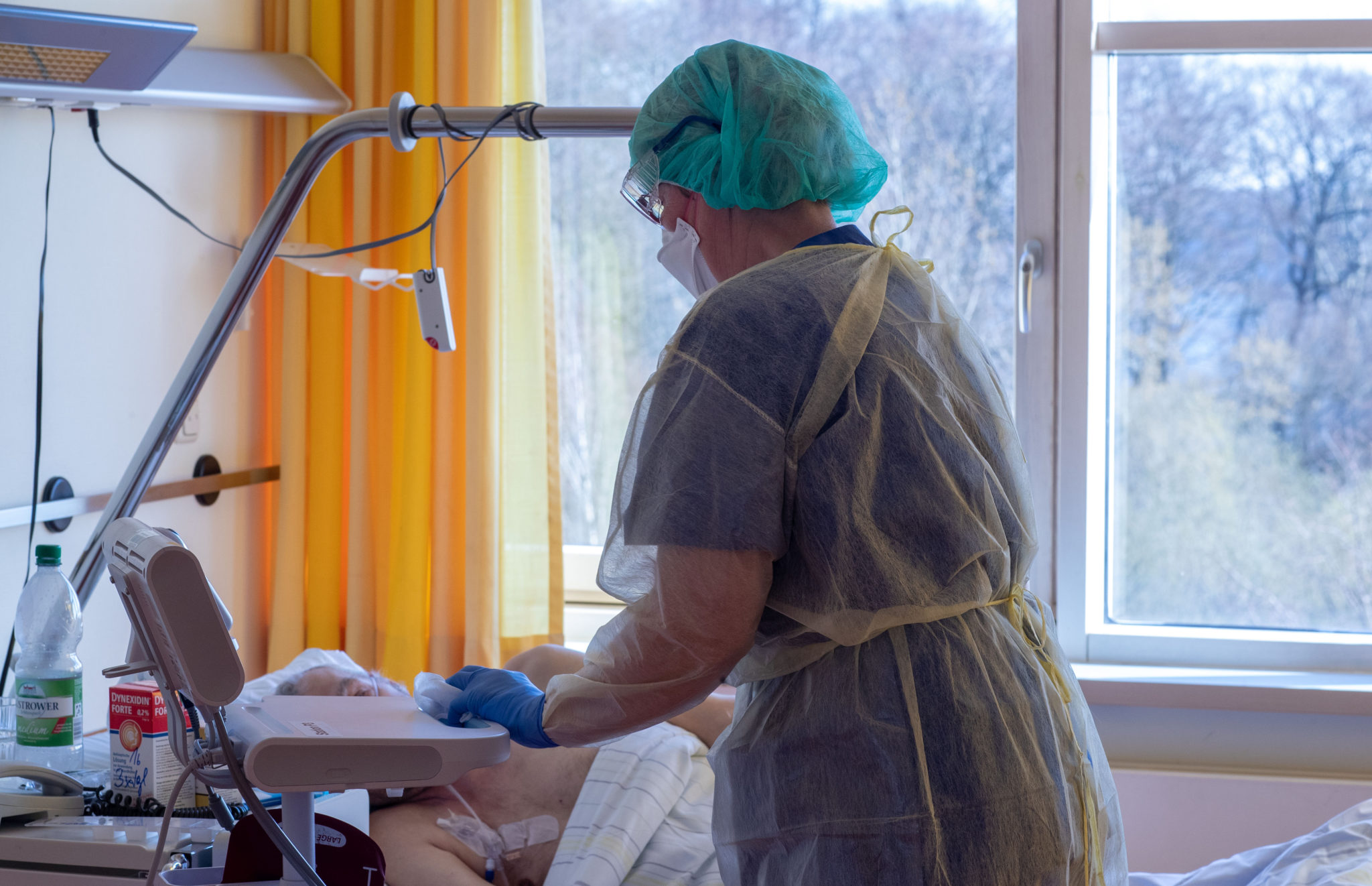 Professor McConkey outlined what could happen in hospitals in the coming weeks if there are more patients than rooms.

He said it will be possible to open the operating recovery area into a temporary ICU.

He added: "The issues will be running out of things like skilled nursing staff to run the ICU, it tends to be the rate-limiting factor rather than the beds and the ventilators.

"Similarly running out of oxygen is a fairly terrifying prospect.

"It's not just the ICU, the ward care, which is oxygen, steroids, heparin, and good management of other conditions also leads to much better outcomes for people with moderate to severe COVID who maybe don't need ICU but still sick enough to benefit and their lives could be saved from just good quality oxygen and care.

"It's a matter of converting other non-COVID, non-infectious disease wards temporarily into COVID only wards."