An infectious disease expert believes the introduction of mandatory quarantine for people arrivin...

An infectious disease expert believes the introduction of mandatory quarantine for people arriving in Ireland has been "way too slow".

Professor Sam McConkey is head of the department of International Health and Tropical Medicine at the Royal College of Surgeons in Ireland (RSCI).

The Government is finalising its plans for the introduction of a mandatory hotel quarantine system here, to stop the spread of coronavirus due to international travel.

It comes as an Independent TD called this week for the army to be used in policing quarantine hotels.

Speaking to Newstalk Breakfast with Susan Keogh, Professor McConkey said Ireland has not been fast enough in passing legislation providing for the mandatory isolation.

He recalled comments from infectious diseases expert Professor Paddy Mallon who said early on in the pandemic that the borders on the island of Ireland should be closed completely.

"I was saying no, we need some travel for business, we should have mandatory 14-day quarantine for everyone," Professor McConkey said.

"And those were the two balanced sides of the polemic argument.

"Sadly now here we are ten months later and we haven't done either, we're only considering the legislation to do the latter.

He added that a lot more should be done here to detect and trace outbreaks of the virus, including the testing of casual contacts.

"A massive investment" in public health is needed, and testing "should come to the people", rather than the other way around.

Meanwhile, the presence of the P.1 coronavirus variant originating from Brazil in Ireland has been described as "concerning".

On Friday, the Department of Health confirmed that three cases of the variant have been identified here for the first time.

The Deputy Chief Medical Officer Dr Ronan Glynn said that further studies are needed to determine whether this variant is likely to have an impact on vaccine effectiveness or infection severity. 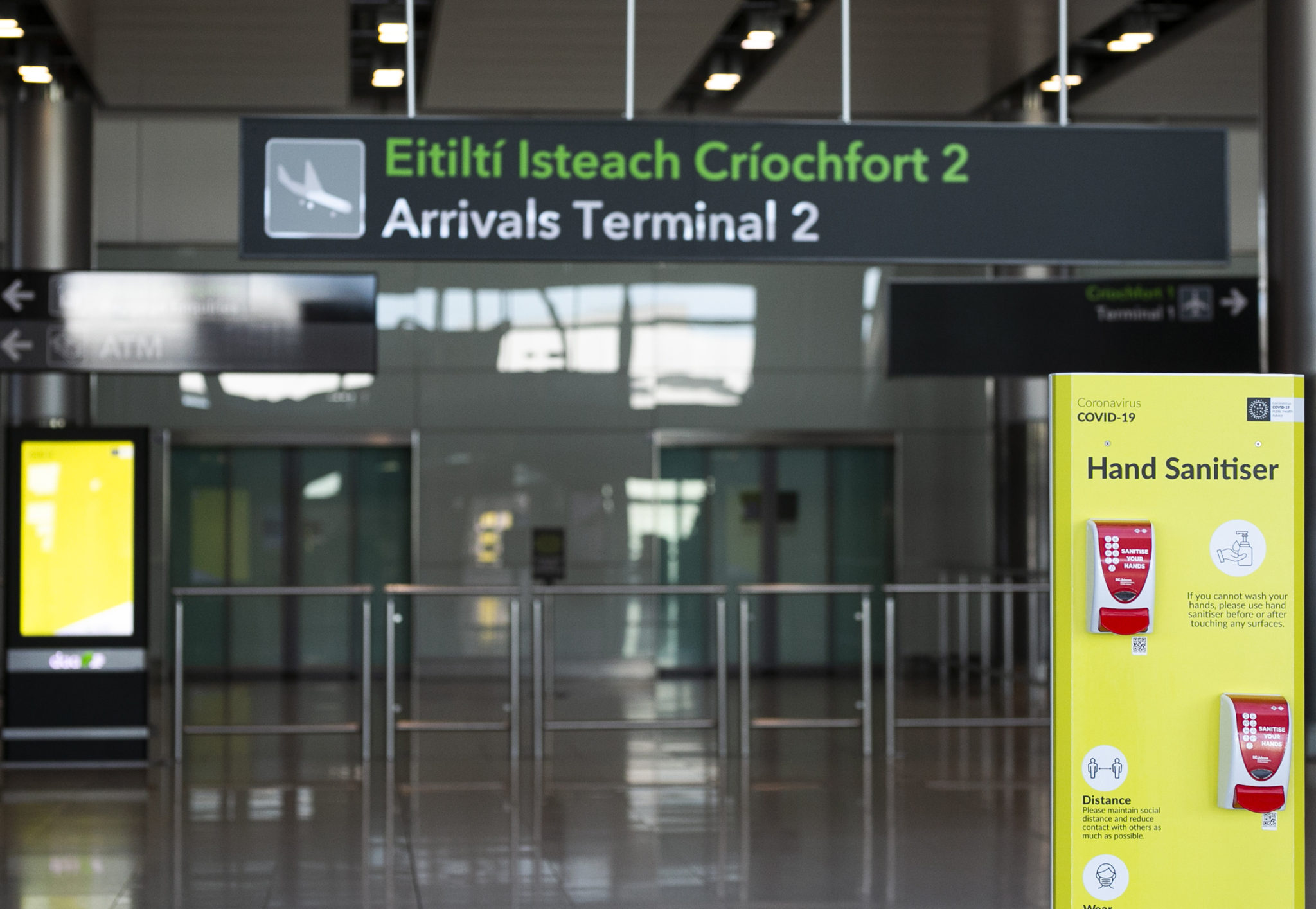 Professor McConkey said there is no evidence as yet that the strain is more transmissible than other variants, including the mutation from the UK which is now dominant in Ireland.

"It's not that it transmits more to people, the big concern is that it might escape the protection of the vaccine," he stated.

"These things can spread even in vaccinated people is the absolute terror of all of us.

Professor McConkey added that the variant originating in South Africa is very similar to the strain from Brazil.

"We're in an evolving story, and I would put it this way, there isn't, at present, evidence that it's more transmissible but it really looks like it evades the vaccine protection.

"Not only the vaccine protection, when one of us had COVID we were protected from getting COVID again from a similar strain, whereas it feels this P1 can affect people who have had COVID a month ago, they can get it a second time."

He believes the challenge is that the success in developing a vaccine against coronavirus could be "for nothing" if a new strain can still transmit and cause disease even in vaccinated people.

"We've seen a big ramp-up in concern of people travelling into Ireland with COVID, that's something we talked about last March and April but it's still a big factor," Professor McConkey said.

"I think there's more we still could do and the Government could do to try and take control, particularly this backwards contract tracing, going back 14 days and mapping out every person and every place that the person with COVID has had and then using geocoding and a database to match each individual to COVID and see where are the outbreaks.