Ryan: Fining people coming back from holiday 'a matter for Gardaí'

Transport Minister Eamon Ryan has said the issuing of fines for Irish people coming back from hol...

Ryan: Fining people coming back from holiday 'a matter for Gardaí'

Transport Minister Eamon Ryan has said the issuing of fines for Irish people coming back from holidays 'is a matter for Gardaí'.

It comes as over 11,800 people arrived into Dublin Airport last week - up 2% on the previous seven days.

This included more than 7,000 Irish returning from abroad, with the most popular reason for their journeys being a holiday.

Minister Ryan told Pat Kenny: "What we're saying very clearly is people should not be going on holidays.

"Over 850 people have been fined for just that purpose."

Asked why all people coming back from holidays were not fined, on the basis of a breach of their 5K restriction, Minister Ryan said: "The Guards have to monitor the traffic in and out of the airport, which they are doing and they are fining. 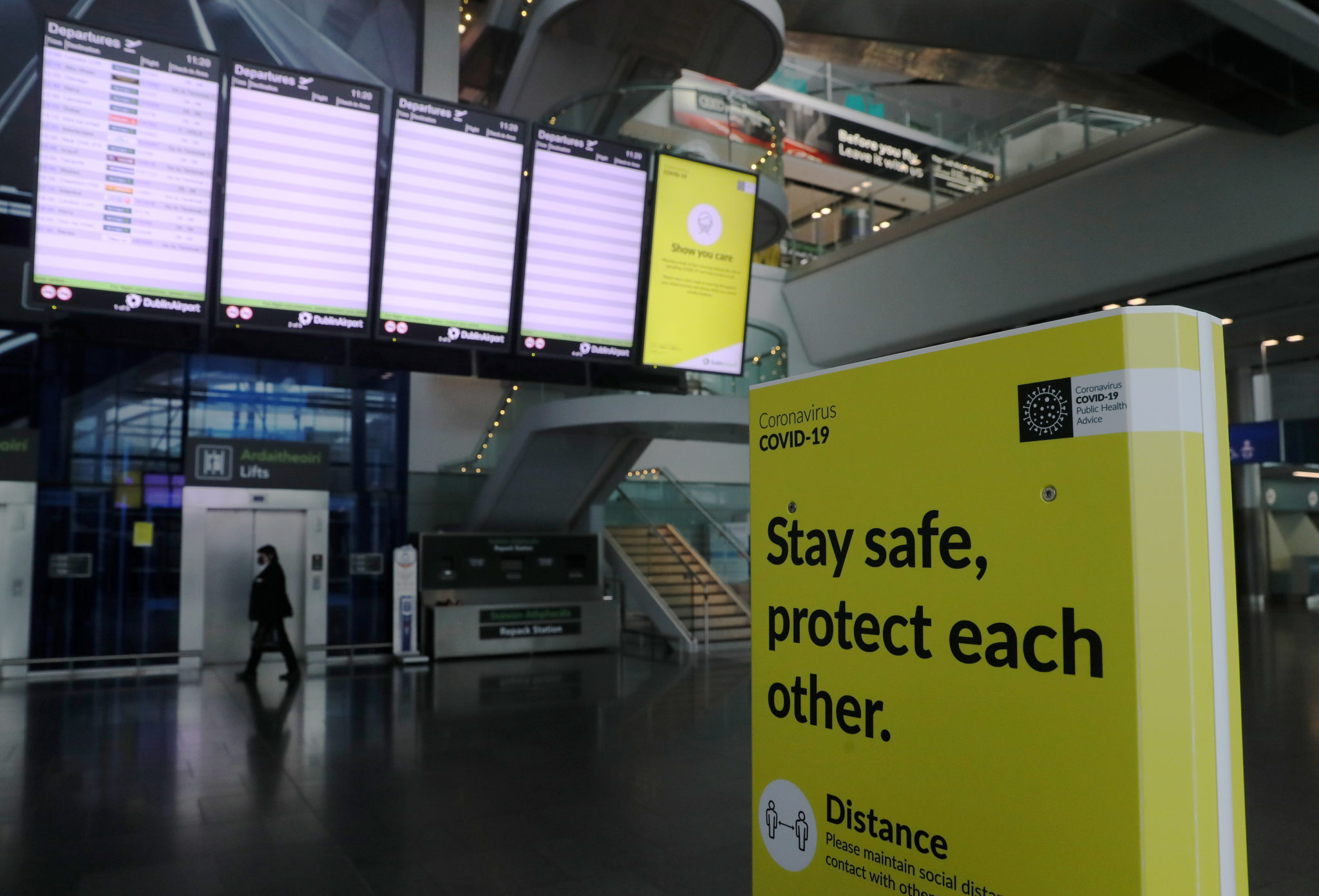 A departures board in Terminal 2 at Dublin Airport along with a COVID-19 sign. Picture by Brian Lawless/PA Wire/PA Images

"But there's also the risk... the designation of countries that might be included can always change into the future - so they're running the risk as well that you'd find yourself stranded out of the country, or having to quarantine for two weeks when you get back.

"The operation of the laws, and enforcement of them, is a Garda matter - they have to police and they are doing that - they've over 100 checkpoints around the country.

"There are certain people who do have to travel, there is some essential travel - but the Government's clear message is people should not be going on holidays.

"The Guards, as I've said, have to implement that, they have to use their judgement on how they police it and identify who those people are".

Minister Ryan said quarantine of those returning from abroad is now mandatory.

"If they're coming from a country with a category risk, they will have to go into hotel quarantine.

"If they're coming from another jurisdiction, it is mandatory now that you have to do domestic - you have to be in your own house - quarantine.

"And that's a strict legal requirement."

While he said people can forgo some of this if they pass a further PCR test after five days, he acknowledged people have to leave their house to take it.

"That is one of the exceptions that you can actually leave to do it", he said.

Asked about tracking people to ensure they are obeying mandatory quarantine, through electronic tagging or other means, he said this would be a step too far.

"I would start to have real concerns about civil liberties... if we ventured into where we're digitally tagging and monitoring, following people, I think there would be a lot of very valid concerns from the public that that was actually a step too far and a breach of civil liberties in a way that would have long-term consequences.

"I think the system we have had across the COVID pandemic, the vast majority of Irish people have actually adhered to it.

"And in that process we've shown we can manage to protect ourselves".