Ministers agreed to a 10% pay cut yesterday amid public backlash against the decision to hand a €16,000 pay rise to a Government minister of state.

All three junior ministers that sit at the Cabinet table were given the special allowance. Previous governments have made do with two ‘super junior’ ministerial salaries.

The move caused widespread anger with the country facing a huge bill for the COVID-19 response and, yesterday evening, the Taoiseach said the entire Cabinet would take a 10% pay cut.

This morning however, it emerged that the ministers will still be earning more than their predecessors as the last Cabinet waived pay increases that were due under the Public sector Pay Agreement.

Senior Ministers in the current Government will be getting paid more than €1,000 more than those that went before.

“The previous Government had a scheme where they gave back 10% of their salary and this Government yesterday decided to do the same,” he said.

“It is the first time I have been asked to do that and I was happy to do it. 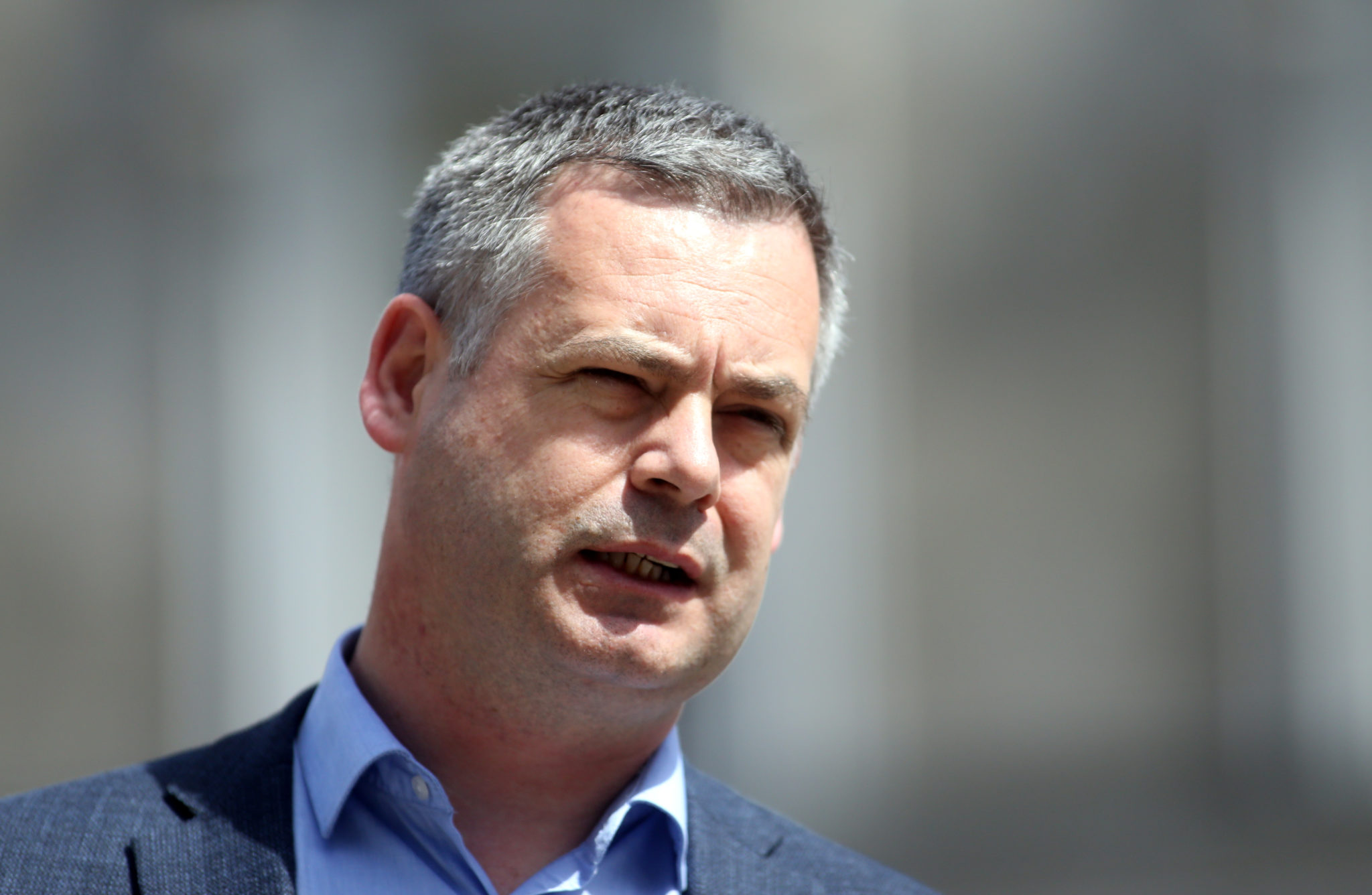 Sinn Féin spokesperson on finance Pearse Doherty is seen on the plinth at Leinster House. Picture by: Sam Boal/RollingNews.ie

"Do they think that the public are that silly, are that gullible that we would swallow some of this kind of guff coming from Government?” he asked.

Minister Ryan said the cut will save the Exchequer up to €600,000 this year, insisting it is “as real as you could get.”

He said there are all sorts of variations on politicians pay depending on experience so he was not aware of the “finer details of what exactly each TD or each minister’s pay is.”

“But the basic concept that you give back 10% is fairly easy to understand and that is something we agreed to,” he said.

Speaking to On The Record with Gavan Reilly on Sunday, the Finance Minister Paschal Donohoe said he could “absolutely understand” public anger about the junior ministerial pay rise.

He said the Government wanted to make sure all three junior ministers were being offered equal pay for equal work.

Irish farmers back ban on terms such as 'veggie burger'

Country to move to level five lockdown from midnight on Wednesday

No decision on coronavirus restrictions expected until Monday