Publican Rory O'Neill - aka Panti Bliss - says the pub trade has been viewed as disposable during...

Publican Rory O'Neill - aka Panti Bliss - says the pub trade has been viewed as disposable during the coronavirus pandemic.

Panti runs both her namesake bar, PantiBar, in Dublin as well as a sister establishment called Pennylane nearby.

The campaigner told The Hard Shoulder his entire way to earn a living has been ended as a result of the crisis.

"I'm up and down to be honest, this whole thing has been going on for a year now.

"Obviously my life, before all of this, was involved in the industries that have been hardest hit by it.

"I have the bar in town, and then doing my live shows, and both of those industries have been absolutely ended - they just don't exist anymore." 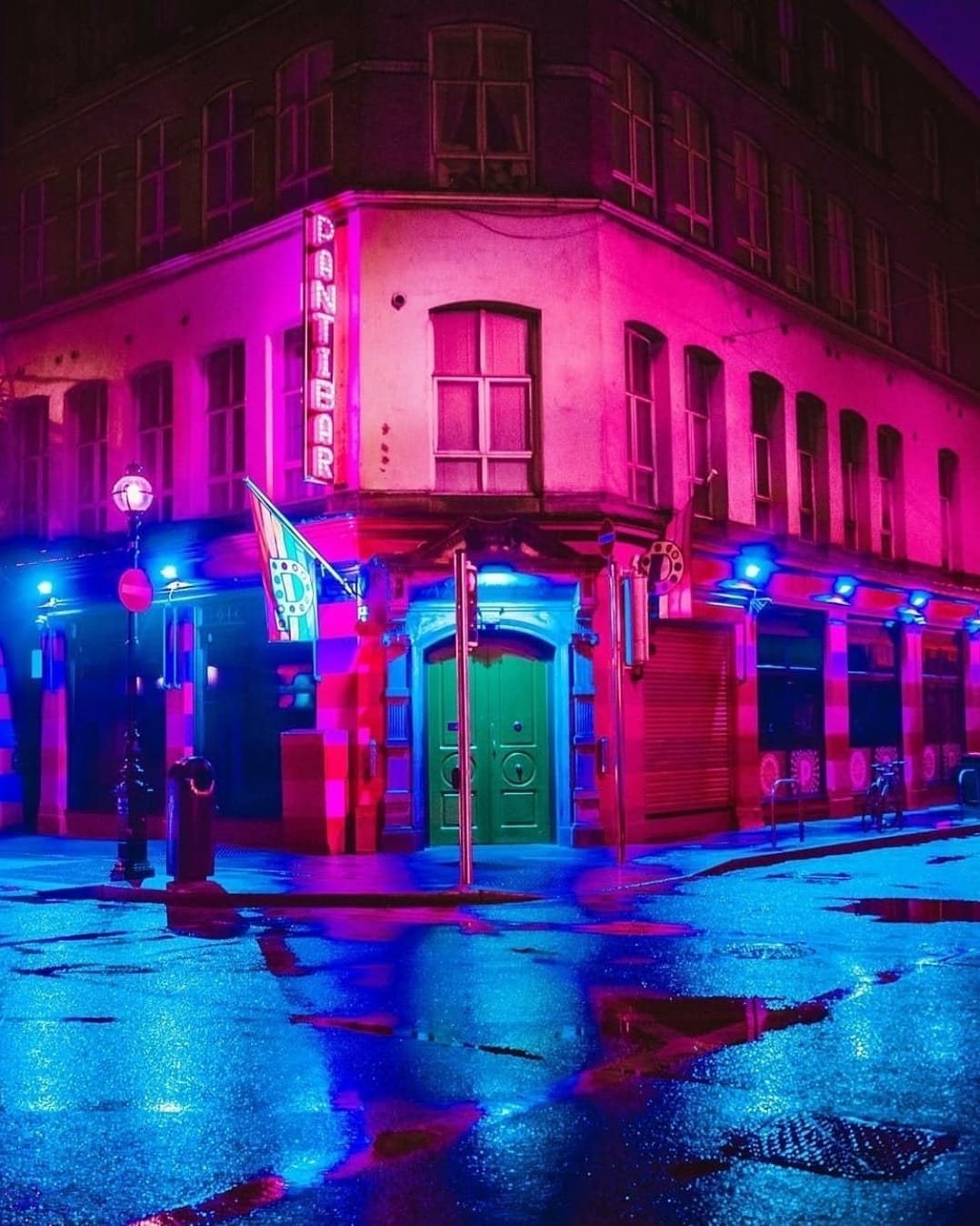 A closed PantiBar in Dublin city centre. Picture by: Facebook/Pantibar

Rory said he understands that people's social lives have taken a hit, but it is another story for those in the bar industry.

"It's an entirely different experience for the people - around 30% of the population, I read - who are in the industries that have just been ended by all of this".

"I read this article, it was about house prices or something, saying how around 70% of the population have actually saved money during the pandemic.

"That just stopped me in my tracks.... I just sort of feel like I am living in a totally different world."

He said a lot of this friends work in entertainment or hospitality: "Every single one of us, we've literally lost everything.

"We have had no work for a year, there's no end in sight - and the idea that any of us would have saved money is just so gobsmacking to me.

"We're all really struggling now at this stage just to meet our regular commitments [of] mortgages and rent and all of that."

He said while he was very thankful for the PUP payment, it cannot take the place of regular income.

"That was fine for a few months, but it doesn't cover the ongoing life expenses that you had taken on because you assumed life was going to be continuing as normal".

He added that this has created a new division among different people.

"I think there's a really big divide in the country between the people who have lost their social lives and have had - yes, I know - very difficult things to deal with".

"But there's another section of the population that, on top of all of that, have had their whole economic lives destroyed overnight."

He said there is a real feeling in that second group "that we have been forgotten about in all of this - there's a feeling that we were sort of have been considered disposable".

And while he understands the need for coronavirus restrictions, "it's a very, very, very different experience if you're working from home - and you've lost nothing more than your commute in your economic world.

"Whereas this other, 30% of us, have lost absolutely everything".

"In the beginning it was fine, I just got on with it and I was actually trying to be super productive - like everybody else who was learning to bake bread and all [that] stuff.

"I was doing things and filling up my time, but that seems like a very, very long time ago now.

"It's a year later, a very long year, where I've just been banging my head off a wall". 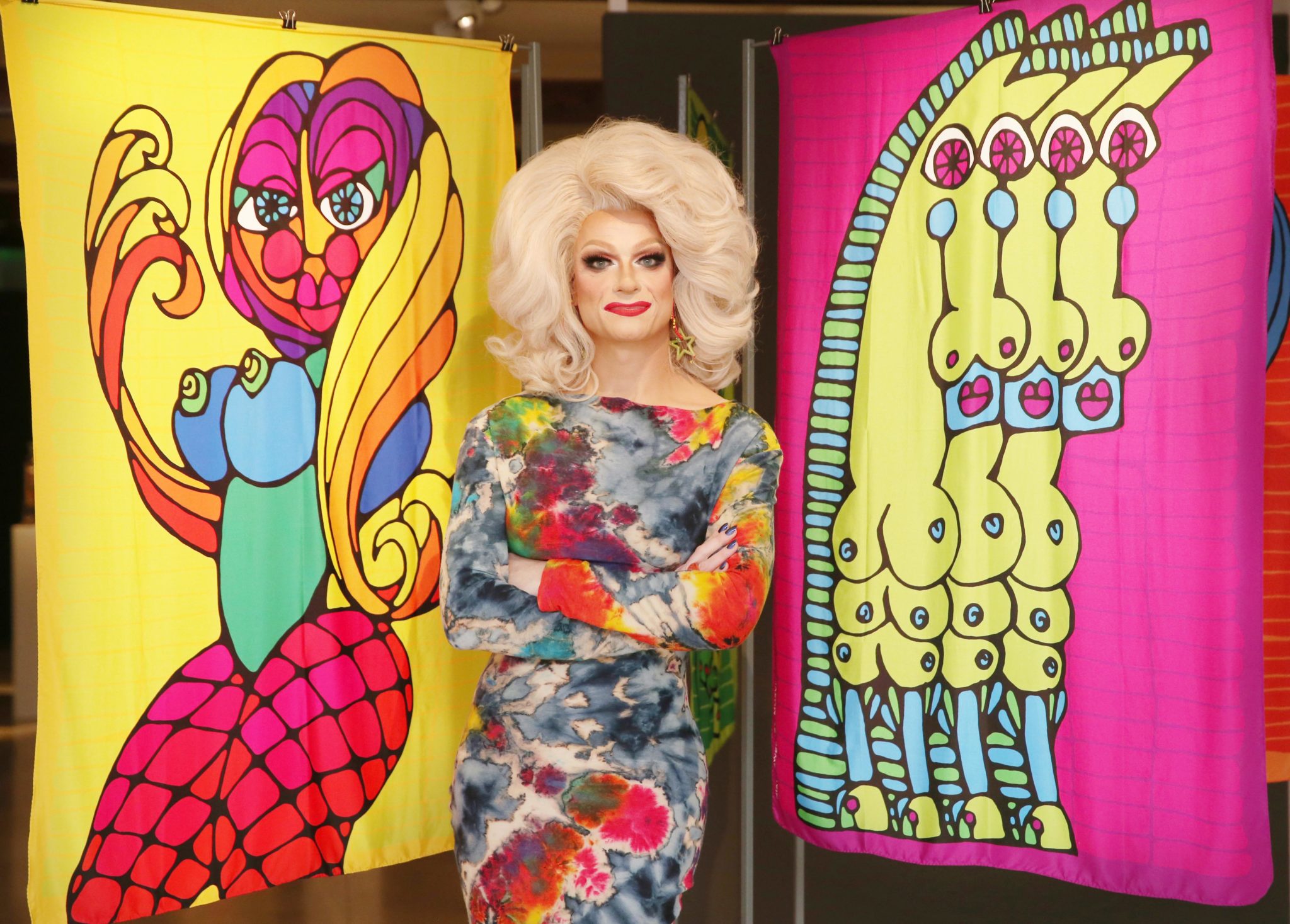 Panti Bliss pictured beside a piece by artist Niall Sweeney at Farmleigh Gallery, Dublin in 2019. Picture by: Leon Farrell/Photocall Ireland

And he added that, as a drag performer, he is used to finding opportunities.

"I am well used to - I spent 30 years having to make my own opportunities, create my own gigs, pay my rent on the basis of this very insecure job life.

"I opened PantiBar six months before the big crash - so the first five years were absolutely incredibly difficult, and we were tooth and nail just to survive".

"But the difference with this one is I'm not even allowed fight for it, I'm not allowed try and adapt and try new things and make it work in difficult circumstances.

Main image: Rory O'Neill (aka Panti Bliss) is pictured inside PantiBar in Dublin in 2016. Picture by: RollingNews.ie