Retailers had a positive week as non-essential shopping resumed, with crowds smaller than previou...

Retailers had a positive week as non-essential shopping resumed, with crowds smaller than previous reopenings following a week of appointment and click and collect services.

Monday was the first time this year non-essential businesses in the sector were allowed to open their doors, with shoppers flocking to their favourite stores for some retail therapy.

However, footfall was reportedly not as strong as it was during reopenings last year as many people had already visited big outlets, such as Penneys, in the week previous.

That's according to Retail Excellence, which says stores in shopping centres and small towns had a great first week welcoming customers back.

The Managing Director of the industry body, Duncan Graham, told Down to Business with Bobby Kerr that click and collect took some of the "heat" out of reopening.

"It's been a good week, it certainly started off very positively, I think there was a spring in peoples' steps on Monday and Tuesday," he said.

"But it's probably been a week of two halves because mother nature certainly played her part on Thursday and Friday with a bit of a washout.

"But what I actually think you're seeing is the shopping centres, the smaller towns around the country have had a really good start.

"The footfall has been pretty brisk, when people come in they're on a mission so they're certainly spending and that's been the case throughout this week."

Click and collect and shopping by appointment only resumed a week before Monday's full reopening of retail which gave larger retailers "the opportunity to get going", he added. 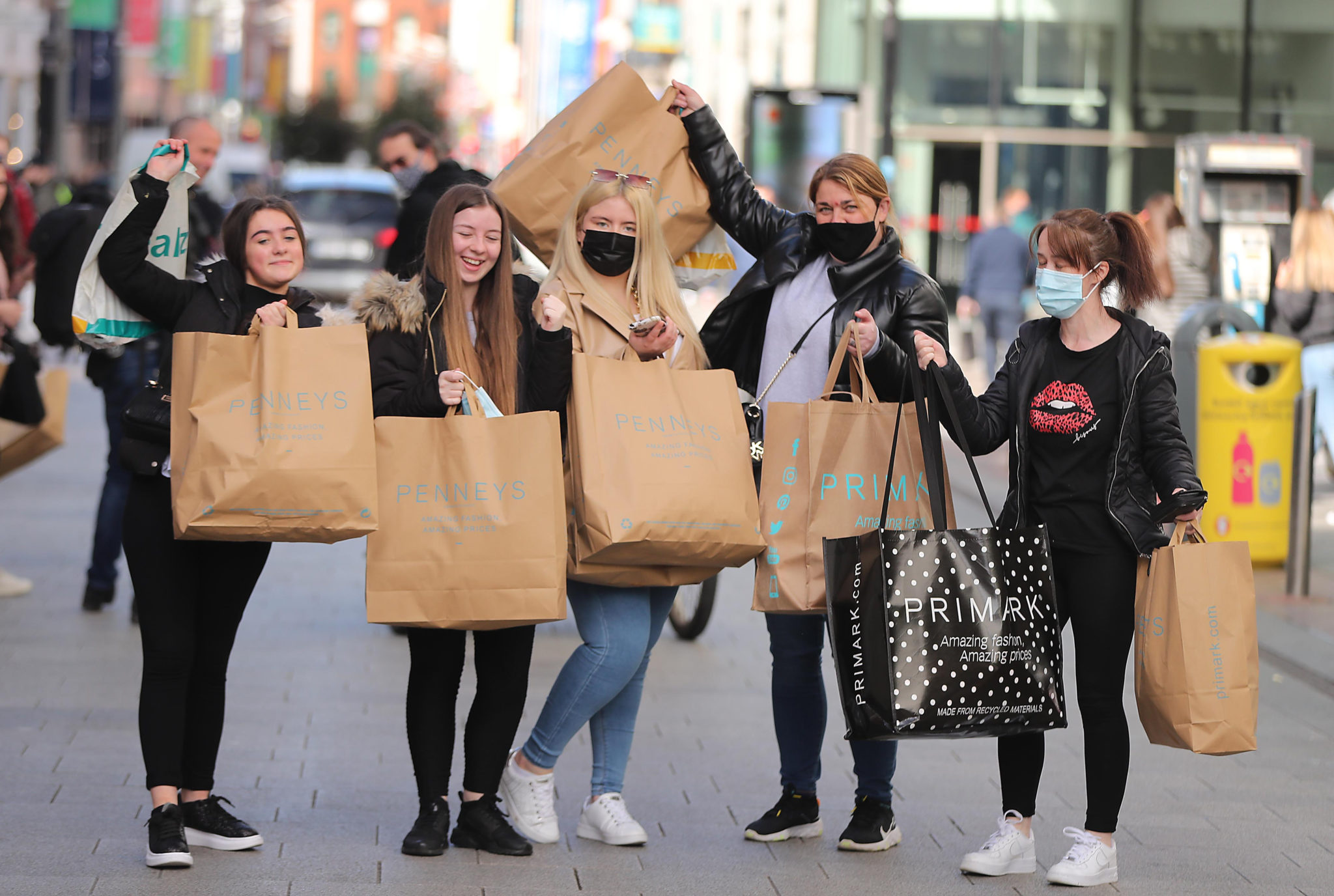 Shoppers on Henry Street in Dublin as Ireland takes another step towards normality with all non-essential retail being allowed to resume. Credit: PA

"There were 275,000 appointments made for Penneys last week so that's taken some of the heat out," Mr Graham said.

"The reality is it's made it a little bit easier and means the crowds aren't there necessarily in the way we've seen them in the past with the reopening.

"That's been a positive thing and it's been really well managed.

Mr Graham said the situation was "slightly different" in city centres, such as Dublin, compared to other urban areas around the country.

"In Dublin, we need certainly need the footfall, and I think the best is yet to come," he stated.

"In a couple of weeks, we've got the reopening of hospitality and retail and hospitality work together.

"I think we'll see people staying around the towns and cities a lot more when restaurants are back up and running."

Non-essential retail re-opens for the first time this year