Residential property prices jumped 10.9% in the year to August

Residential property prices have been rising at their fastest annual rate since 2018, according t...

Residential property prices jumped 10.9% in the year to August

Residential property prices have been rising at their fastest annual rate since 2018, according to the latest CSO figures.

The latest figures from the CSO show the cost of houses and apartments around the country rose by 10.9% in the 12 months leading to August.

That is the biggest 12-month increase since June 2018.

More than 44,000 homes were bought in the 12 months to August at market prices, a third of those homes were by first-time buyer owner-occupiers. 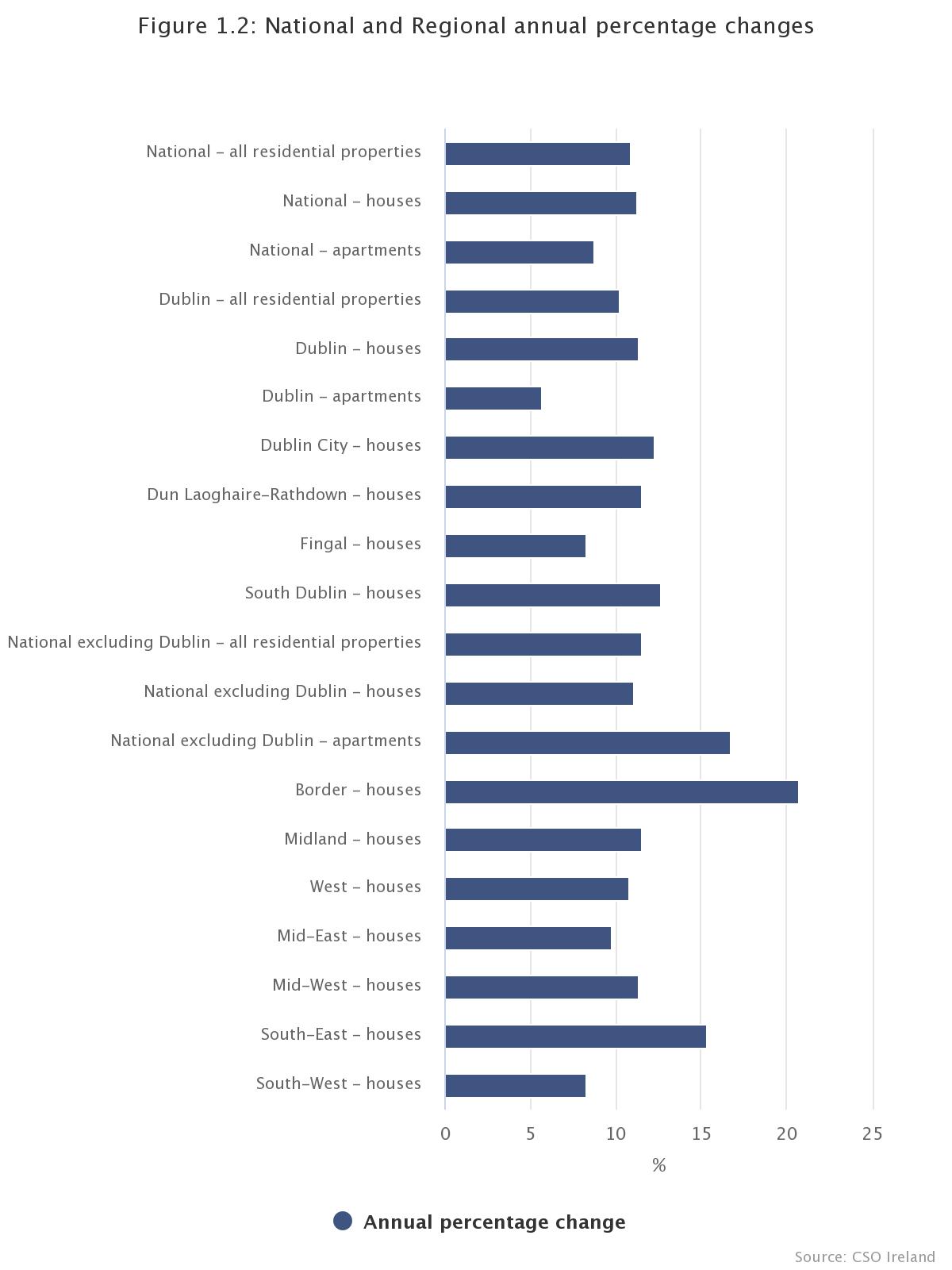 The Chairperson of the Association of Irish Mortgage Advisors (AIMA) Trevor Grant said the continued rise is not surprising.

“We have a housing crisis in this country,” he said. “It is largely driven by a lack of supply and demand is outstripping supply quite significantly.

“It hasn’t been helped by COVID and the delays to the number of new homes being built over the last 12 months. 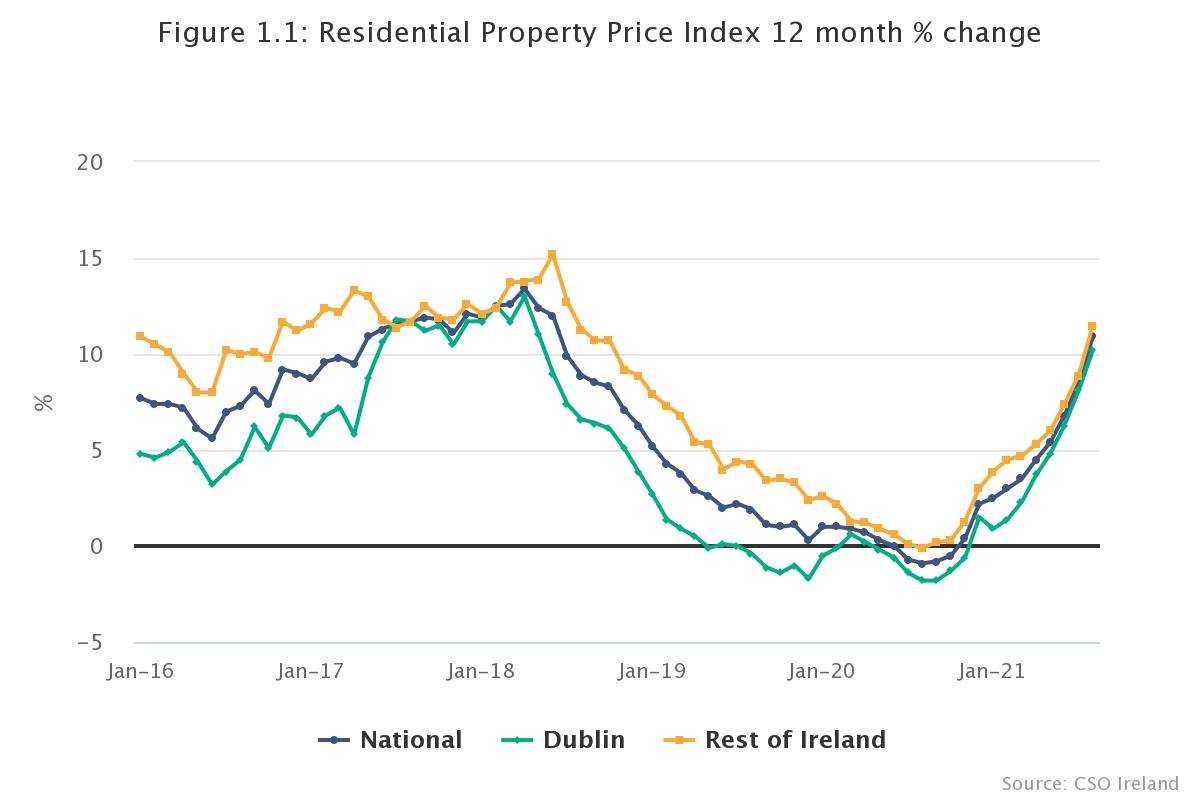 South Dublin saw the highest increases at 12.6% while Fingal saw the lowest at 8.3%.

Outside the capital, the border region saw the highest increase – with prices jumping by just over a fifth in the 12 months to August.

The southwest of the country saw the lowest rise at 8.3%.

Overall residential property prices remain 8.9% below the 2007 peak, although they are 14.9% below the peak in Dublin.

Ireland 'will be moving online' for next census, CSO confirms