New figures have shown residential property prices increased by 3.9% nationally in the year to Ma...

New figures have shown residential property prices increased by 3.9% nationally in the year to March.

In Dublin, residential property prices were up by 1.2% in the year to March, with house prices rising by 0.7% and apartments by 2.5%.

The highest house price growth in Dublin was in south Dublin at 3.4%, while the lowest growth was in Dun Laoghaire-Rathdown at 0.4%.

Residential property prices in Ireland, excluding Dublin, were 6.8% higher in the year to March.

The region outside of Dublin that saw the largest rise in property prices was the Mid-West at 11.9% - while the smallest rise was recorded in the Mid-East at 1.6%. 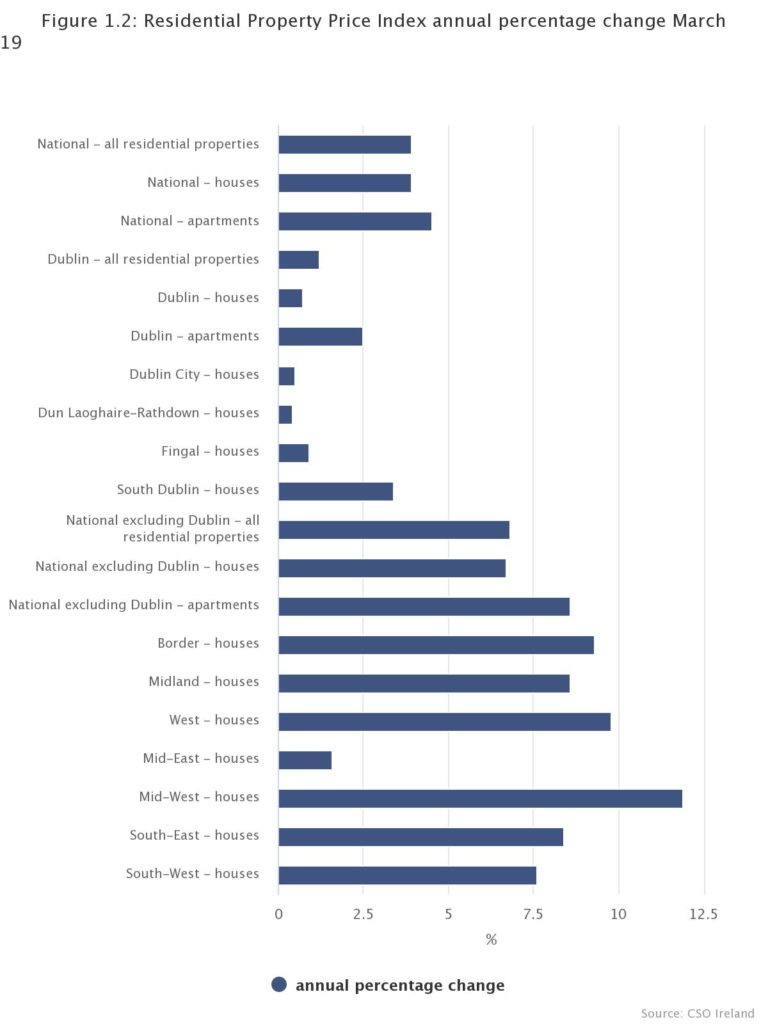 Analyst Goodbody has claimed house price growth is at a six-year low.

It said: "Despite ending a run of four consecutive monthly declines, the annual rate of price inflation continued to ease in the Irish residential market in March.

"Price inflation is decelerating across the country, but price growth outside Dublin (+6.8% yoy) continues to outstrip that seen in Dublin (1.2% yoy)."

While it added that growth in transactions was being driven by the non-household sector.

In the first quarter of the year, transactions grew by 4.5% year-on-year, with new home transactions up by 20% and existing homes up by just 1%.

The non-household sector accounted for 35% of new home transactions, up from 15% in 2018, and represented the biggest single buyer segment.