A 'social catastrophe' is seeing renters being hammered to the point of being pushed into poverty, according to Dr Rory Hearne.

The assistant professor in social policy at Maynooth University was reacting to new figures on income and living conditions for 2020.

The Central Statistics Office (CSO) says after deducting rent paid, the risk of poverty for people renting without housing supports increased from 16.7% to 30.7%.

The largest increases in the at-risk of poverty rate, after deducting rent and mortgage interest, is seen among single adult households.

For those in households with one adult and children under-18, the poverty risk rate grew from 31.8% to 50%. 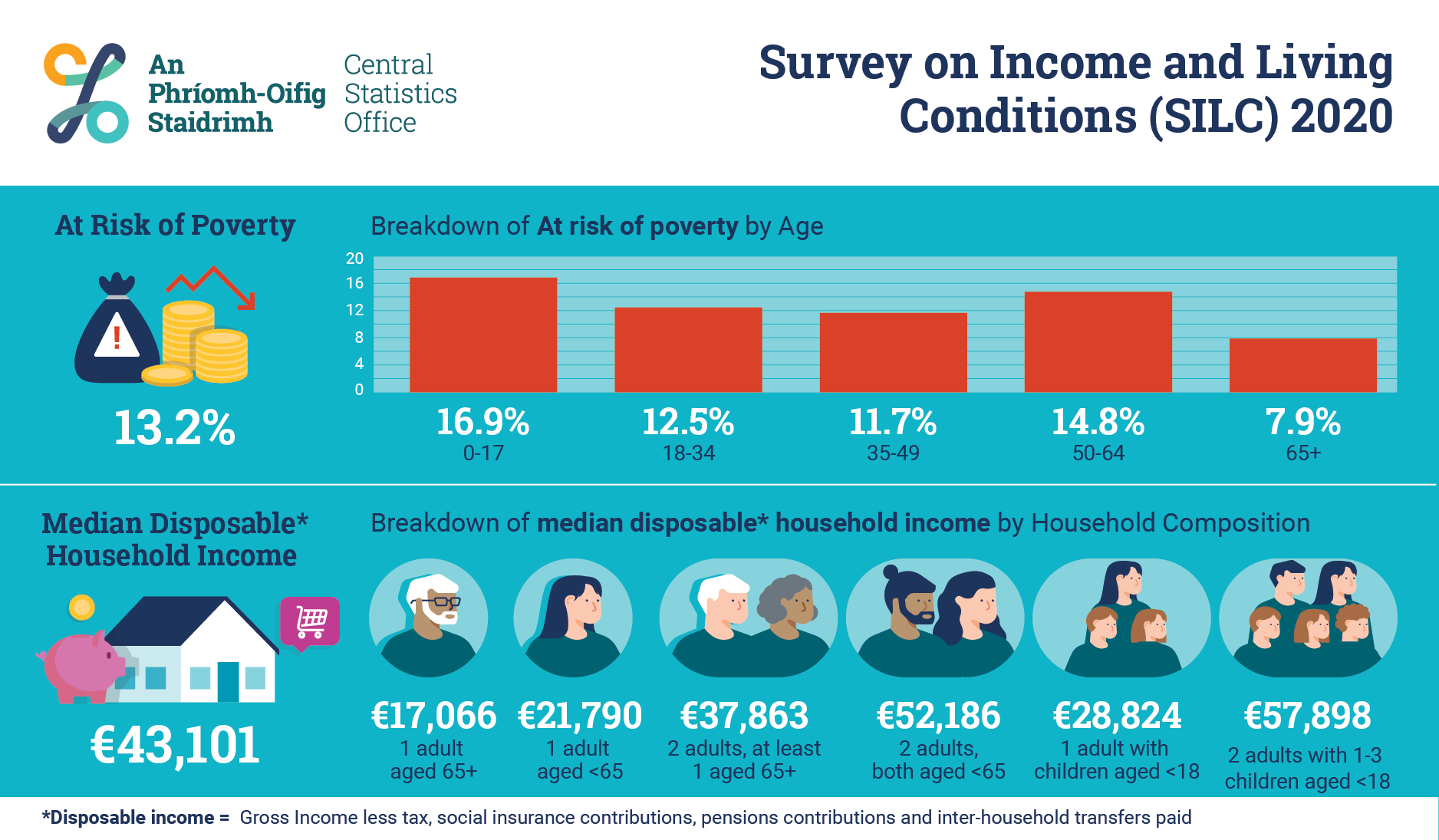 Dr Hearne told The Hard Shoulder there is a growing gap.

"What really jumps out here is that renters are being hammered - and hammered to the point of being pushed into poverty.

"What we're talking about here people who's annual disposable income, what they have to spend, would be less than 14,000 a year.

"This is really people that are struggling.

"And what we're seeing is... a third of renters, who get no State support, are in poverty after they pay their rent."

He says an extra 100,000 children are being left in poverty as a result.

"What this means in terms of children in poverty in this country, is that prior to housing costs, about 200,000 children are in poverty.

"It's a social catastrophe that's going on out there for renters.

"This is really a cost of living crisis that has been building for years.

"But people can't sustain this".

And he says this goes far beyond people's finances.

"Rents are taking away from people's, for example, savings - to be able to save a deposit.

"[This] means people are less likely to buy their home, which we also know has impacts on household formation.

"People having children, decisions to have children, for example.

"The Government has put itself in this illogical position - whereby because it has allowed rents to rise year after year - it is also now increasing its required spend on supporting people in the private rental sector.

"We are now close to spending €1bn a year of public money into private landlords to people who can't cover the rent.

"That is just phenomenal".

Ireland's population has risen to over 4.92 million people - CSO