R Kelly due in court over sex abuse charges

The US singer known as R Kelly has been arrested, after handing himself in to police to face 10 charges of aggravated criminal sexual abuse.

The singer was driven to a police station in Chicago in a dark van with heavily tinted rear windows - with a security detail keeping reporters and cameramen at arms' length.

The 52-year-old was handcuffed and escorted by two police officers as he entered the building.

Late on Friday night, police confirmed he would be fingerprinted, photographed and processed before being held overnight.

He will appear in court on Saturday afternoon local time, where he will be given the option of posting bail.

The R&B star, whose legal name is Robert Kelly, has faced allegations of sexual misconduct with underage girls for decades. He has denied any wrongdoing.

On Friday, he was charged with the aggravated sexual assault of four people between 1998 and 2010, including three teenage girls.

The victims were aged between 13 and 17 when they were allegedly attacked.

If found guilty, Kelly could face up to 70 years in prison. 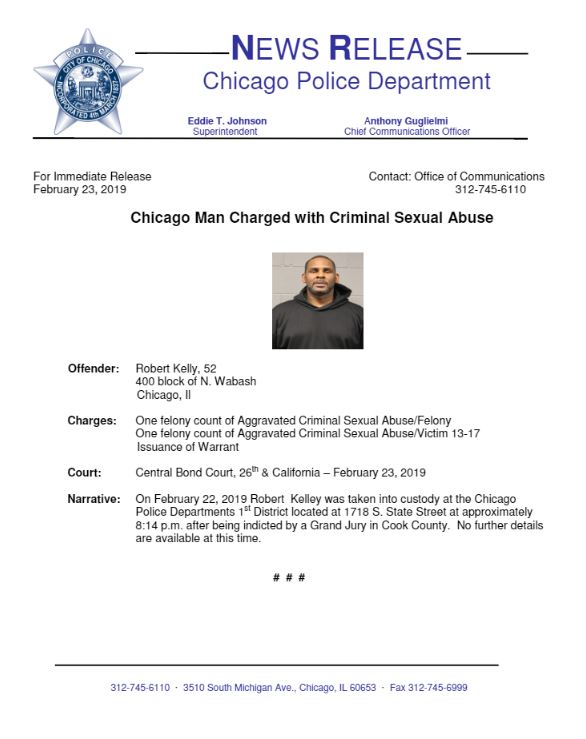 Speaking after the charges were brought, his lawyer Steve Greenberg said Kelly is "extraordinarily disappointed and depressed. He is shell-shocked by this".

Mr Greenberg said his offer to sit down with prosecutors before charges were filed was refused.

"Unfortunately, they have succumbed to the court of public opinion, who've convicted him," he said.

Kelly was charged a week after attorney Michael Avenatti, who represents some of the victims, said he gave prosecutors video evidence of the three-time Grammy award winner with an underage girl.

Mr Avenatti said a 14-year-old girl seen with R Kelly on the video is among four victims linked to the charges.

He claimed the video shows two separate incidents on different days at Kelly's residence in the late 1990s, and both the victim and Kelly refer to her age 10 times in the footage. 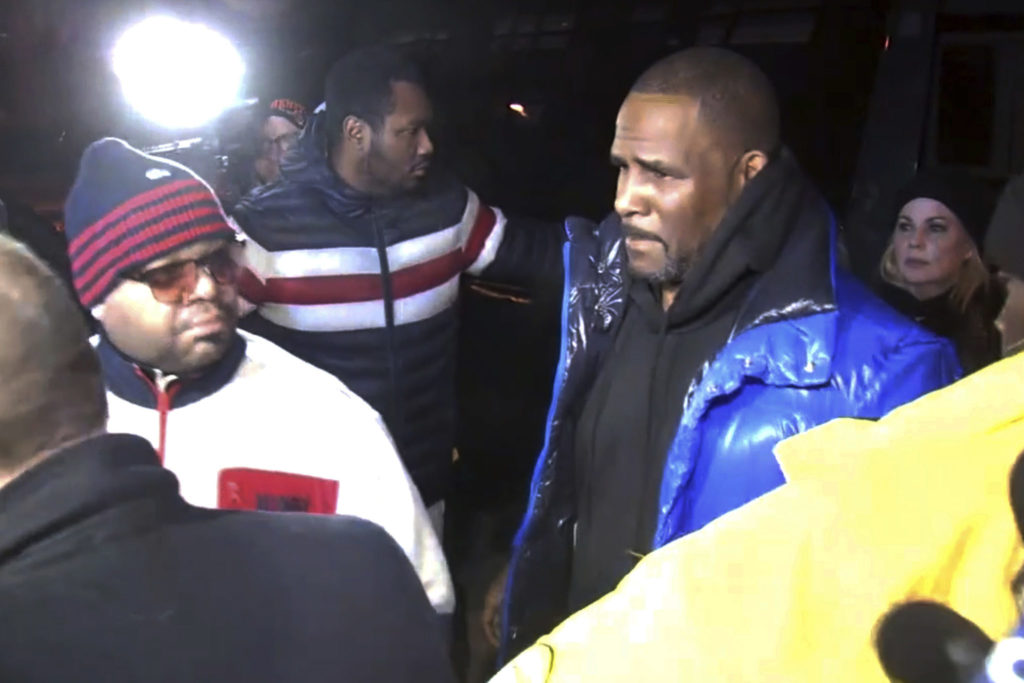 Avenatti said he believes more than 10 other people associated with the singer should be charged for enabling the assaults.

Latresa Scaff, then 16, claims Kelly had sex with her, despite her being unable to consent because she under the influence of alcohol and cannabis.

Rochelle Washington, then 15, says she had escaped and hid in the bathroom.

Shortly after the documentary aired, one of Kelly's former managers handed himself in to police in Georgia, where he was wanted on a charge of making threats against one of the families that took part in the documentary.

In 2008, Kelly was acquitted of child pornography charges connected to a video prosecutors claimed showed him having sex with a girl.

Although witnesses testified it was the singer and the girl in the footage, she decided not to take the stand.

Kelly could have been sentenced to 15 years in prison.