Queen's University finds 'strongest link yet' between nitrites and cancer

Researchers at Queen's University Belfast have questioned a blanket classification of processed m...

Queen's University finds 'strongest link yet' between nitrites and cancer

Researchers at Queen's University Belfast have questioned a blanket classification of processed meat as carcinogenic by the World Health Organisation (WHO).

It is after they said they found significant evidence gaps between processed meat treated with nitrites and nitrite-free processed meat.

Researchers from the Institute for Global Food Security (IGFS) found that not all processed meats carry the same level of cancer risk.

They initially reviewed all recent, English-language studies into consumption of processed meat and cancer risk.

They found the results inconclusive - and that around half the studies evidenced a link with colorectal cancer (CRC).

"This explains the appearance of contradictory claims in the media in recent years", they said.

The results have been published in the journal Nutrients.

But when the researchers isolated research which only tested the consumption of processed meat containing sodium nitrite - a preservative used to extend shelf life and enhance colour - evidence of a link with CRC jumped from half to just under two-thirds. 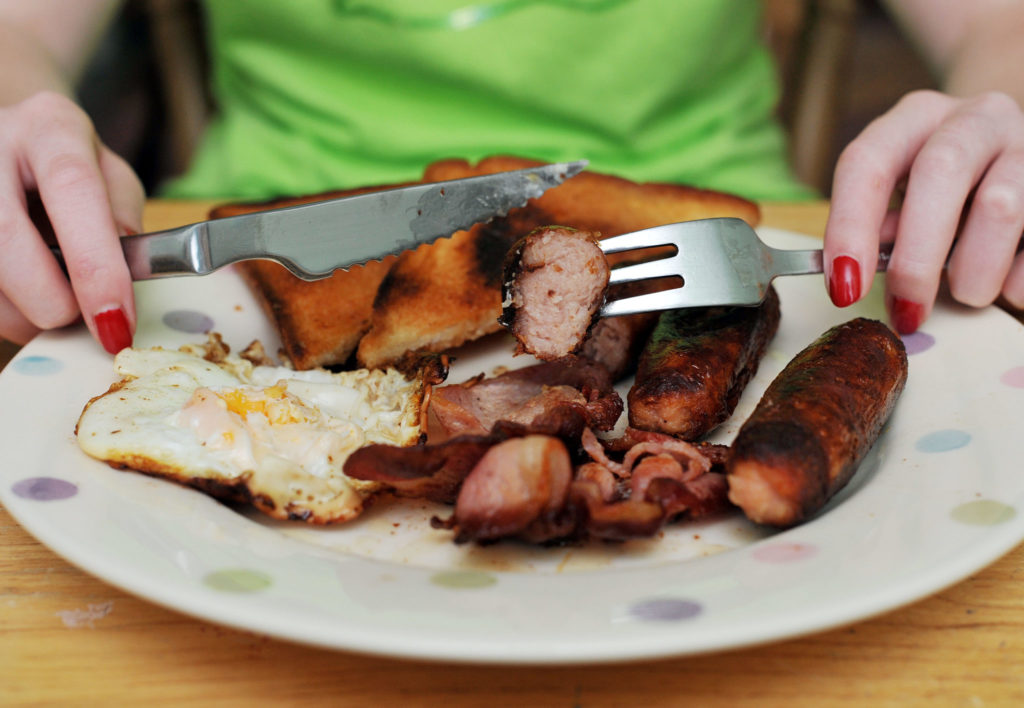 Dr Crowe said: "When we looked at nitrite-containing processed meat in isolation - which is the first time this has been done in a comprehensive study - the results were much clearer.

"Almost two-thirds of studies found a link with cancer."

The WHO classified all processed meat as a carcinogen in 2015 - including bacon, sausages and ham as well as continental European products like prosciutto and salami.

Not all processed meat, however, contains nitrites.

Irish sausages, for example, are not processed with nitrites even though many of the Continental and US sausage equivalents - like frankfurters, pepperoni and chorizo - are.

Some newer types of bacon and ham, processed without nitrites, are also appearing on the market.

In its 2015 statement, the WHO did not distinguish between processed meats containing nitrites and those without.

Based on the results of their meta-study, the researchers now believe there is a need to define the health risk of both types of processed meat separately.

Prof Elliott said: "Because there have been conflicting claims in the scientific community and the media about which types of meat may be carcinogenic, this study couldn't have come at a better time.

"It brings much-needed rigour and clarity and points the way for further research in this area."

The IGFS team intends following up its evidence review with a pre-clinical study probing the effects of nitrite-containing meat on CRC.