Britain's Prince Philip will be laid to rest this afternoon, just over a week since his death age...

Britain's Prince Philip will be laid to rest this afternoon, just over a week since his death aged 99.

The funeral at Windsor Castle been scaled back to a limit of 30 people because of coronavirus restrictions and well-wishers are being asked to stay home.

The service will celebrate his "unwavering loyalty" to Queen Elizabeth during their 73-year marriage.

Princes William and Harry, separated by their cousin Peter Philips, will walk behind their grandfather's coffin which will be carried by a Land Rover hearse designed by Prince Philip himself.

Although there is no sermon - as per the Duke of Edinburgh's request - the service will be a highly religious one.

The service is expected to begin at 3pm this afternoon at St George’s Chapel in Windsor Castle.

"I think the procession will reflect a lot of that, the military side of things.

"He was Commander in Chief of other army regiments, he was Captain-General of the Royal Marines right until he handed that over to Harry.

"But the reality is, inside St George’s Chapel, it's not going to be that different to other ceremonies, Catholic ceremonies even, it's very spiritual.

"So the Archbishop of Canterbury will read and the Bishop of London will be speaking on behalf of the family, he'll talk a little bit about the Duke's personality.

"The rest of them are going to be mourning, there are four children grieving." 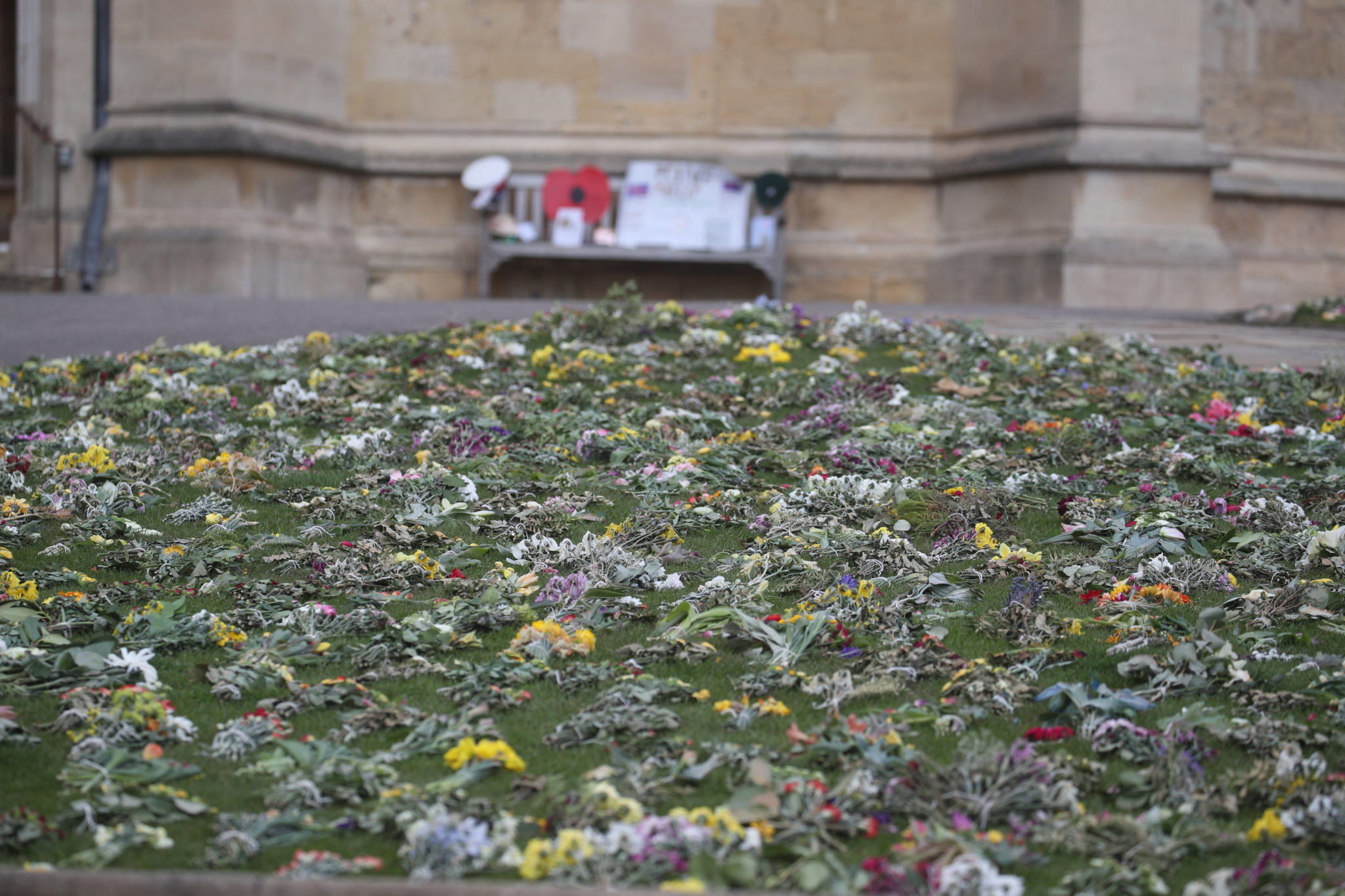 No members of the Royal Family will give a reading at today's service, and attendees have also been forbidden from singing.

"It's a terrible thing to have to read at your mother or father's funeral, so I think it's right he's taken that away," Mr Jobson added.

"They are all there to grieve, along with the grandchildren, and personally I think that's the right way to do it.

"The Queen will sit alone, which she would have done even without COVID.

Among the attendees will be Prince Charles and his wife Camilla, the Queen and Philip's other children, their grandchildren including the Prince William and Harry, three of Philip's German relatives, three of the Queen's cousins and Philip's carriage driving companion Countess Mountbatten of Burma.

UK Prime Minister Boris Johnson will watch the service on television from Chequers.

Social distancing will be observed, and masks will be worn during the service.

Main image: Isabella Disley and her dog Coco wait next to a portrait of Prince Philip, which adorns a window of a department store in Windsor, England. Credit: AP Photo/Alastair Grant