Hot Press, who published her memoir 'My Boy' in 2011, said it was "desperately sad" to announce her passing overnight.

She died at her home in Sutton in north Dublin and was 88-years-old.

The publisher said she had battling with cancer for the past number of years.

After leaving school, she left Dublin to work in England.

She discovered she was pregnant with Philip, whose father was from Guyana.

She gave birth to Philip in England at the age of 18.

Philip came to Dublin while still a young boy, and went on to become one of Ireland's most famous songwriters and musicians in a series of bands including 'Thin Lizzy' and as a solo artist. 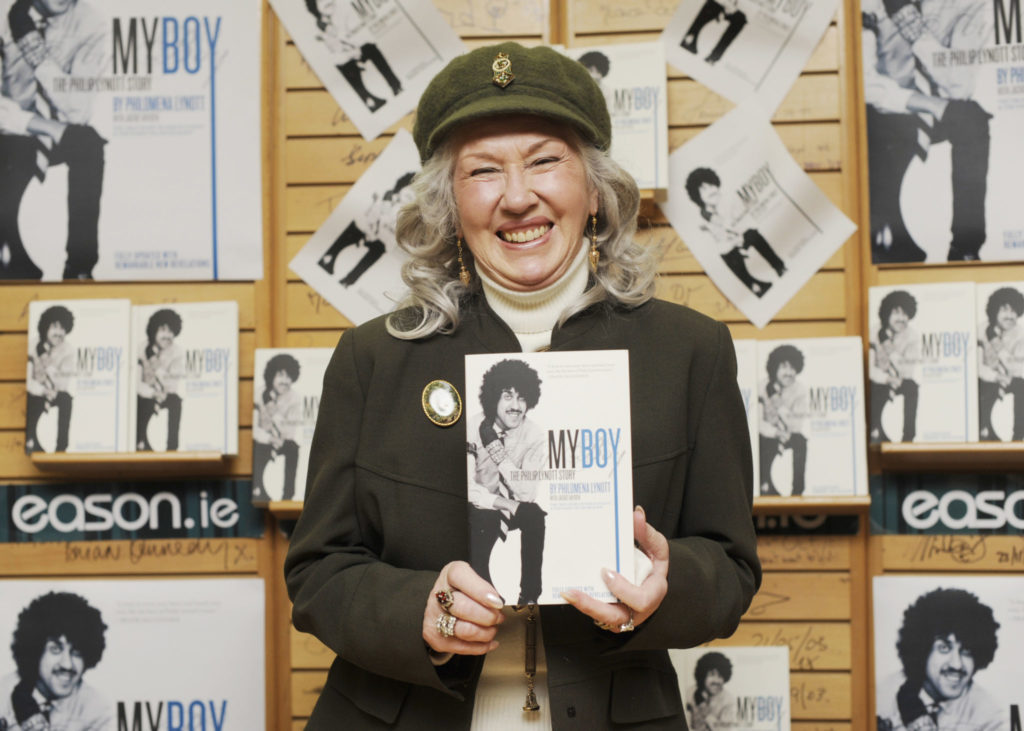 He died in England as a result of drug addiction in 1986, and is buried in St Fintan's Cemetery in Dublin.

Philomena had a statue of Philip erected in Dublin city centre, just off Grafton Street.

He said: "Meeting Philomena Lynott I was struck by her sense of humour, and the resilience which she summoned and on which she had to call many times in seeking to overcome the difficulties in her life.

"She is owed a debt of gratitude for her unstinting campaign to keep Phil Lynott’s legacy foremost in the public mind, and for her prominent role in public advocacy campaigns, including for the rights of members of the LGBT community and against drug use.

"It was a privilege to have met Philomena and to share parts of her life’s journey."

On Philomena's passing, Hot Press editor Niall Stokes said: "She was a formidable and brilliant woman.

"I am really proud that we were able to participate in telling her remarkable story.

"Because she was indeed a remarkable woman.

"She was hugely determined and courageous – and absolutely committed to the campaign to ensure that Philip's memory was kept alive and his legacy celebrated."

Roisin Dwyer, commissioning editor at Hot Press, added: "She was always in the office, and she was a larger than life figure, a lovely woman, a very glamorous woman".

"Thin Lizzy fans have a real place for her in their heart because she sort of flew the flag for Philip's legacy".

"She lived in Sutton there and visited his grave every day - so it's a very, very sad day for rock 'n roll".

Culture Minister Josepha Madigan said she was "terribly sorry" to hear of the passing of Philomena Lynott.