Irish singer-songwriter Phil Coulter says hard work and an ability to reinvent himself have been ...

Irish singer-songwriter Phil Coulter says hard work and an ability to reinvent himself have been cornerstones of his success in the music industry.

The 79-year-old has worked as a musician for more than five decades and still came up with new ways to engage with his audience during lockdown.

During his successful career, he has amassed 23 platinum discs, 39 gold discs, 52 silver discs and won the Eurovision Song Contest.

Joining Bobby Kerr on Down to Business live from Bray today, Mr Coulter, one of the Wicklow town's famous residents, discussed his life in music.

"As a songwriter, we aspire to write penchant songs, songs that keep going," he said.

"That was one, and Congratulations is a song which has fed, clothed and educated several of my children, so those were glory days.

"If you won the Eurovision back then you could put the kettle on for six or seven million records, that's the way it was." 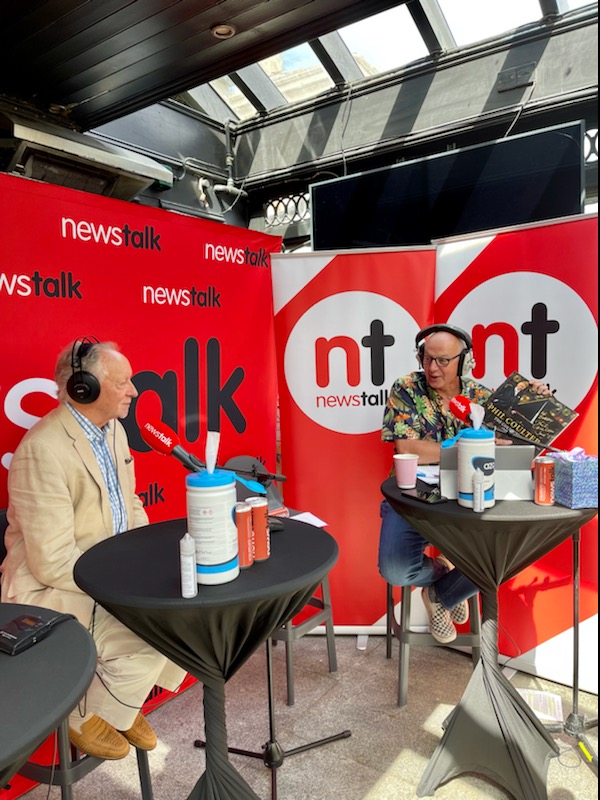 Mr Coulter said he was "very fortunate" in the era he was born as he was in his mid-teens when the "rock and roll revolution" began with Buddy Holly and Elvis.

He explained: "Before that, there had been pop music but they were all kind of cute, you know songs like, How Much is that Doggy on the Window.

"I have a lot to be grateful for but the timing was so important."

Reinvention was a big part of his career after he was involved with four different Eurovision songs in the 1960s and 1970s.

He co-wrote three Eurovision entries: Puppet on a String which was a winner for the UK; Congratulations, second place for the UK; and Toi, for Luxemburg, which came fifth. He also wrote the arrangement for the Irish Eurovision winner All Kinds of Everything.

After that, along with Bill Martin, Mr Coulter wrote numerous Top 10 hits, including for the Bay City Rollers and Slik.

'You can't take anything for granted'

He said these differing songwriting gigs were important so that he didn't confine himself as one type of artist.

"The thing is, you can't allow yourself to be defined," he stated.

"If I had thought of myself as a Eurovision songwriter, I would have been dead in the water.

"Equally, if I had allowed myself to be defined as a teenybopper writer/producer, I would have been dead in the water.

"Here's the thing, you cannot at any stage subscribe to that sense of entitlement.

"Just because you had a hit last year doesn't mean you're going to have a hit this year.

"You've got to keep on top of it, you can't take anything for granted."

Mr Coulter added that one of the great "fallacies" that talented people subscribe to is that "just because you're talented, the world owes you a living".

"Nothing could be further from the truth," he explained.

"I was asked recently, to what do I attribute my longevity being 55, 60 years in the music business and still being active and I said, 'That's easy, I turn up for work on Monday morning'.

During lockdown, he added that it would have been easy to "curl up in a corner and start feeling sorry for yourself".

"The only thing to do was to embrace the whole online thing, which we did," he said, which included recording an audiobook of his memoir.

"We invented this thing called the Lockdown Lounge where every Saturday afternoon we did 40 minutes of playing the piano, telling a few stories, reading from my memoir, and reaching out to a whole new audience.

"You're looking at an old dog who had to learn a lot of new tricks.

"There's nothing like, even at this advanced stage for me, attempting something you haven't done before."

What happened in Vegas? McIlroy sets up Fowler showdown

Parenting: 'What should I do about my son’s horrible messages?'