Pat Kenny has remembered Margaret Thatcher as being "imperious and slightly overbearing". He beli...

Pat Kenny has remembered Margaret Thatcher as being "imperious and slightly overbearing".

He believes Gillian Anderson is "absolutely brilliant" in playing the late British prime minister in the latest series of The Crown - saying he'd give the actress "full marks" for the performance.

Pat was speaking on The Crown Cast, where he joined Ciara Kelly to talk about 48:1 - the eighth episode of the new season of the hit Netflix Show.

He recalled meeting Margaret Thatcher when he was a young reporter.

He said: "I was in the room with [Thatcher] several times, but I met her on one occasion where I got to ask a question in a press conference.

"She was imperious, slightly overbearing... but quite tolerant of this young fella from Ireland throwing a question at her."

Pat said he's seen plenty of criticism about Gillian Anderson's performance, but he believes The X-Files star has been 'brilliant' - right down to the way she walks. 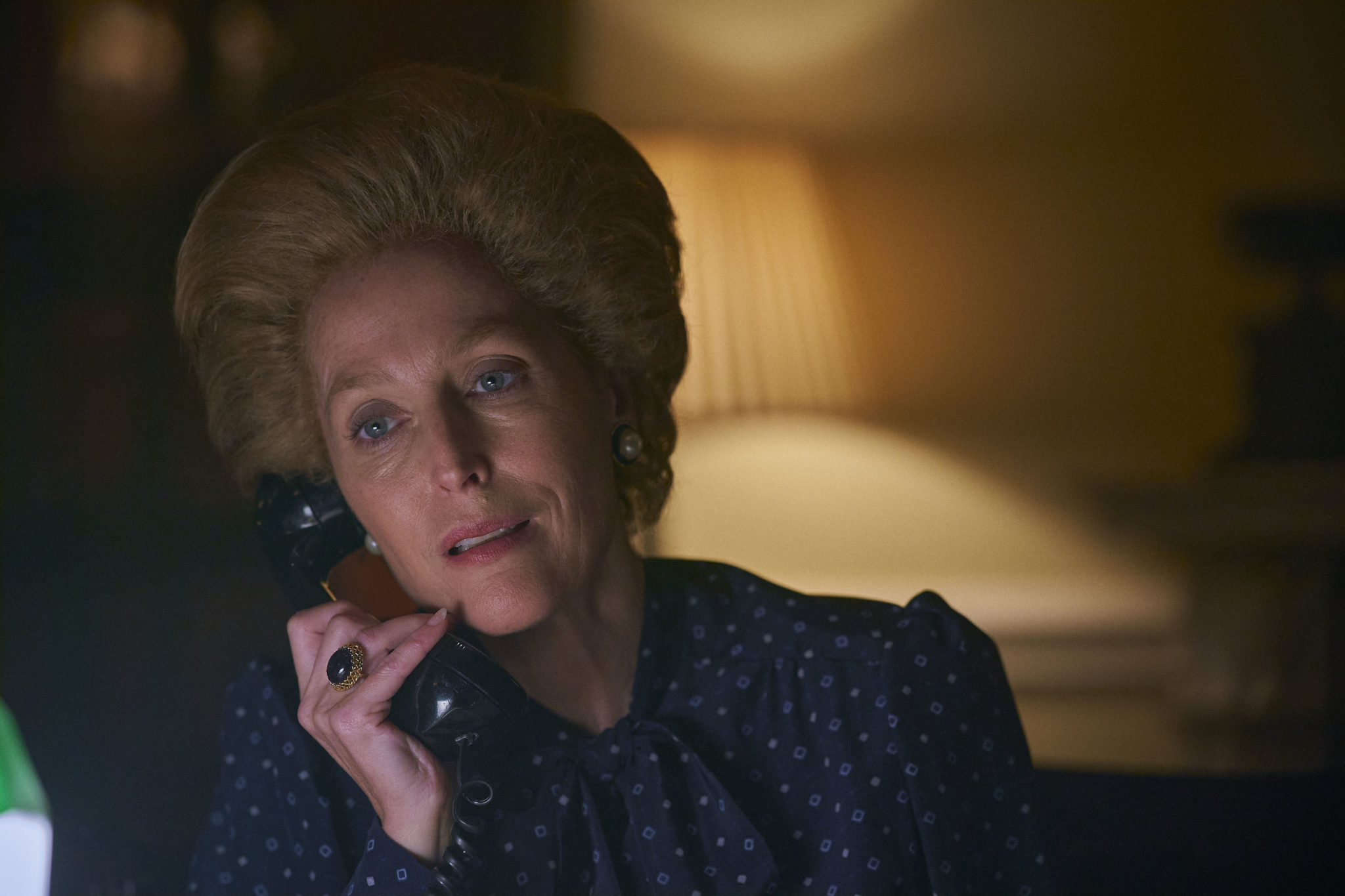 He said: "There is a lot of mimicry you might say... but I think it works so well.

"The only criticism I would have is that they've aged Gillian Anderson too much - at that time, Thatcher would not have been as drawn and haggard as she has made to seem in these episodes.

"If you look at the pictures of her [in real-life]... a tear came to her eye as she left Number 10 for the last time... she is not a haggard figure. She's a sad figure... as she heads off into the political sunset."

He suggested there would be many other great British actresses who'd want the Thatcher role in the blockbuster production, but Anderson has pulled it off 'so well'.

He also praised the performances of Tobias Menzies as Prince Philip and Helena Bonham Carter as Princess Margaret - suggesting the latter captures a sense of being lost and confused 'extremely well'.

Make sure to listen to the full podcast, and the rest of The Crown Cast series.