Here's which counties have the longest passport backlogs.

The Passport Office is ‘over the hump’ when it comes to backlog in processing applications, according to travel expert Eoghan Corry.

New figures show that more than 55,000 people are still waiting for a passport – with particular delays when it comes to issuing documents for young children.

Meanwhile, a new system aimed at speeding up the Garda verification process is now dealing with around 15 applications per day.

On The Pat Kenny Show this morning, Mr Corry said a lot has been done to tackle the backlogs we saw a that start of the summer – but there’s still some way to go.

“We’re over the hump,” he said. “Moving smoothly is probably overstating it but you have to compare the 55,000 with the 195,000 that were waiting at the beginning of June.”

The latest backlog figures were revealed in a Parliamentary Answer from the Foreign Affairs Minister Simon Coveney to Labour TD Séan Sherlock.

In a separate answer, Minister Coveney revealed that as of July 26th, Dublin had the largest backlog with 10,612 passport applications being processed.

Antrim had the second largest, followed by Cork, Down and Galway. 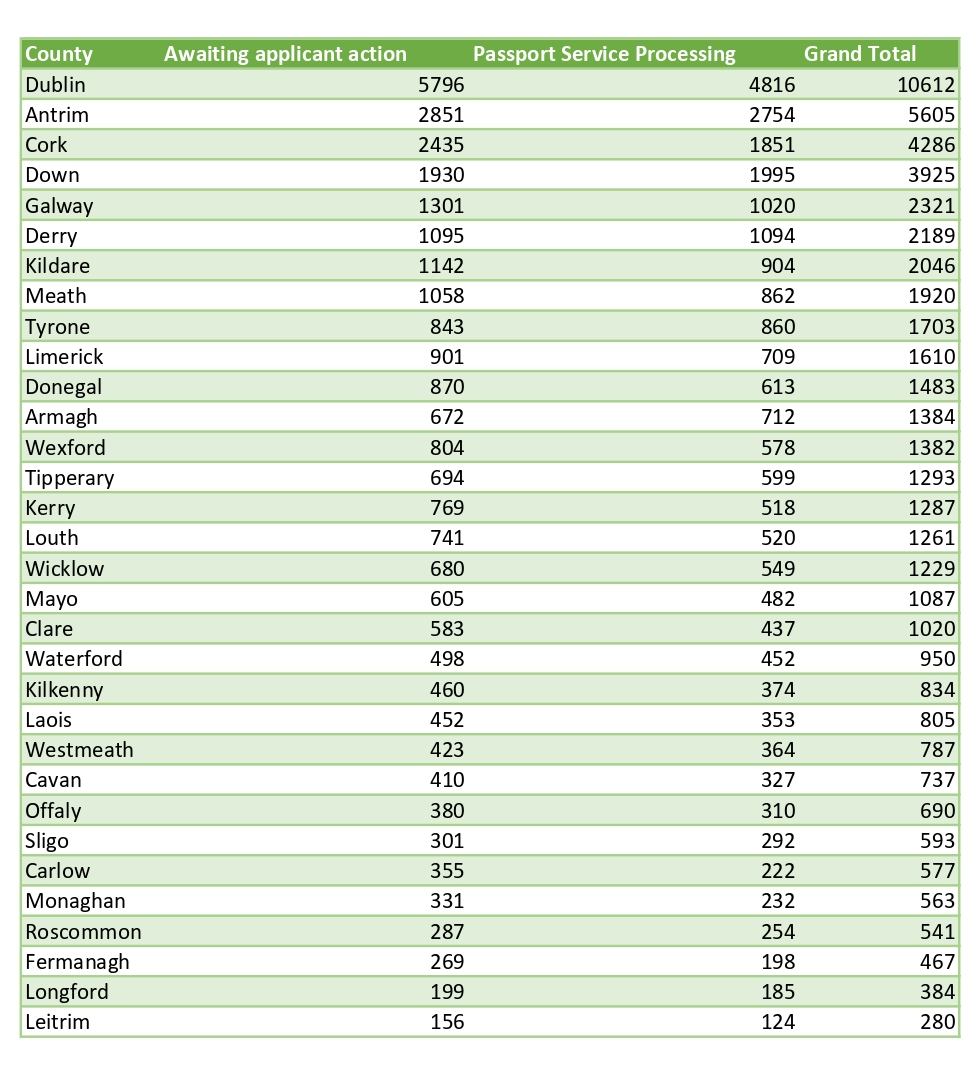 Mr Corry said the new system aims to address the “main choke point” when it comes to applications.

Previously, the Passport Office had to manually contact individual gardaí responsible for verifying passport photos. When officers were off-duty or had moved station, applications were delayed while the office attempted to contact them.

The new system moves that responsibility to Garda management – with a list of around 15 applications per day now going form the Passport Office to Garda HQ.

While average online renewal times for adult passports are now 10 days, the average time for an online child renewal is 15 days.

“Child trafficking is a huge international issue so the verification of children’s passports is a much more intense business than it would have been in the past,” he said.

“You have got to bring your verification documents, which includes the parents legal documentation, and you have to get that witnessed.

“So, the reason it takes so long is that Garda vetting process is there to work out if there is anything suspicious happening and make sure that he parents documents are all in order.”

He said parents should remember that their child does not need a PPS number to begin the process.