The partner of murdered journalist Lyra McKee, Sara Canning, says a vote on same-sex marriage in ...

The partner of murdered journalist Lyra McKee, Sara Canning, says a vote on same-sex marriage in the North was a bittersweet moment.

Westminster MPs supported an amendment to introduce same-sex marriage by 383 votes to 73, while the abortion amendment was backed 332 to 99.

Ms Canning had called for the British government to extend same-sex marriage legislation to the North.

At a Belfast rally in May, she said: "Lyra and I wanted to get married, surrounded by our families and friends, because we shared a love which meant we wanted to spend the rest of our lives together.

"But, as things stand, the law in Northern Ireland says that the love that Lyra and I shared is not equal. 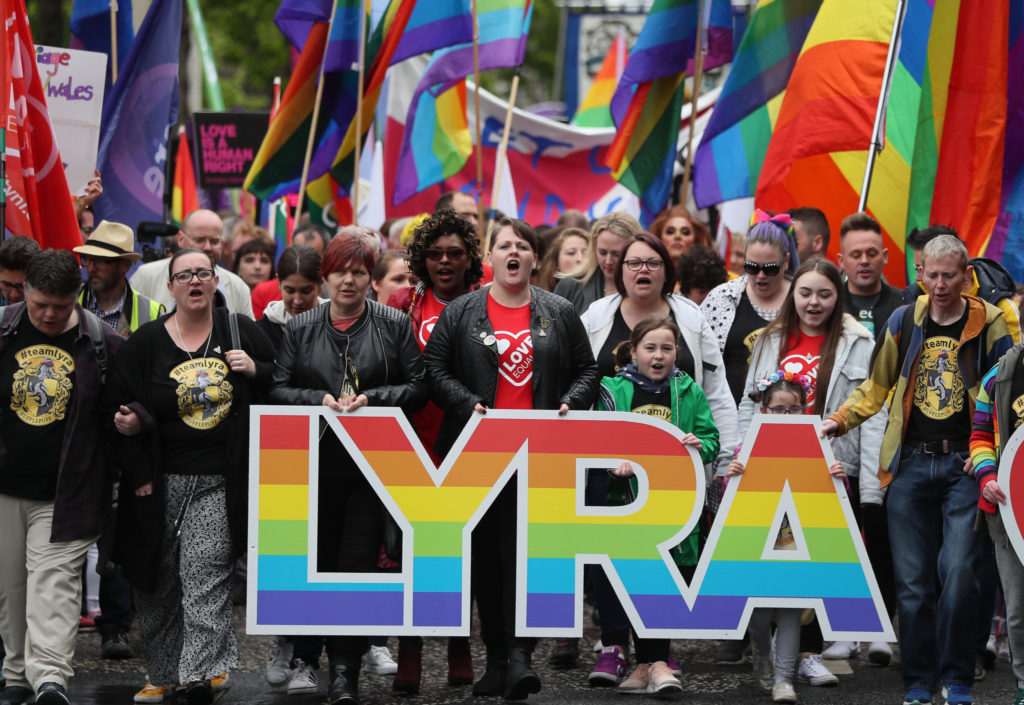 "It is unbelievable, and simply unacceptable, that in 2019, this discrimination is allowed to continue in any part of the UK or Ireland.

"With Stormont out of action for almost the last two and a half years, we need the UK government to step in."

Sara Canning told Newstalk Breakfast with Susan Keogh she hopes the decision will be binding, whether or not the Stormont Assembly reconvenes before the October deadline.

"For me personally it was such a bittersweet moment, it was something that so many of us in Northern Ireland have wanted for a long time.

"And so many have really fought and put blood, sweat and tears into getting Wesminster to legislate on our behalf.

"So it was fantastic to see it finally go through - especially since we're four years behind the Republic in terms of marriage equality - it's been a long time coming.

"I know that Lyra would have been incredibly pleased - she used her platform to highlight all of the things that she was passionate about, and marriage equality was definitely one of those things that meant a lot to her".

A few weeks after Ms McKee was murdered the couple were due to go to New York, where Ms Canning says "she had a whole engagement planned".

"To know that we didn't get to realise that dream and then less than three months later for the possibility that we could have actually gotten married in Northern Ireland to come up, it hit home quite hard".

"My friends and I marked it in a small way - we did a tiny cavalcade through Derry, beeping our horns, waving our rainbow flags, playing Pride music.

"It's something that had to be marked.

"As much as it was bittersweet for all of us, cause we'd all have loved to share it with Lyra, the reality is that we couldn't".

"We should be moving forward as a society, getting up to speed with the mainland of the UK and with the Republic of Ireland."