On this week's 'Parenting' segment on the Moncrieff show, one listener sought advice on what to do about their two-year-old daughter who clamps her mouth shut every time she's asked to brush her teeth

My two-year-old daughter refuses to brush her teeth. She clamps her mouth shut every time we come near her with a toothbrush.

We have to hold her down to brush her teeth and it's very stressful and upsetting for everybody.

Any suggestions on how to encourage her to brush her teeth?

"It's very difficult to reason, rationalise, cajole, convince, a two-year-old because that's not how their brains are wired so this is actually not easy at all. The one thing I'm going to say is, when you talk about holding her down and it being stressful, I'm definitely going to say stop doing that. It's only going to upset you all and it won't achieve the change you're hoping for. You're going, 'the end game is her teeth are brushed', but at what cost.

"Is it that an association comes in that every time she sees a toothbrush she goes into this anticipatory state of, 'Oh my goodness, you're going to restrain me, this is going to be awful', and you get that anticipation and that high emotional charge around something that will be a feature of her daily life. So I would move away from that.

"There's a couple of practical things you could do, one of which you could consider booking an appointment with the pediatric dentist who is very accustomed to working with two-year-olds and negotiating these boundaries and coming in and hearing it from somebody else can be really helpful for children. You could definitely do that but give them a heads up on how resistant she is. 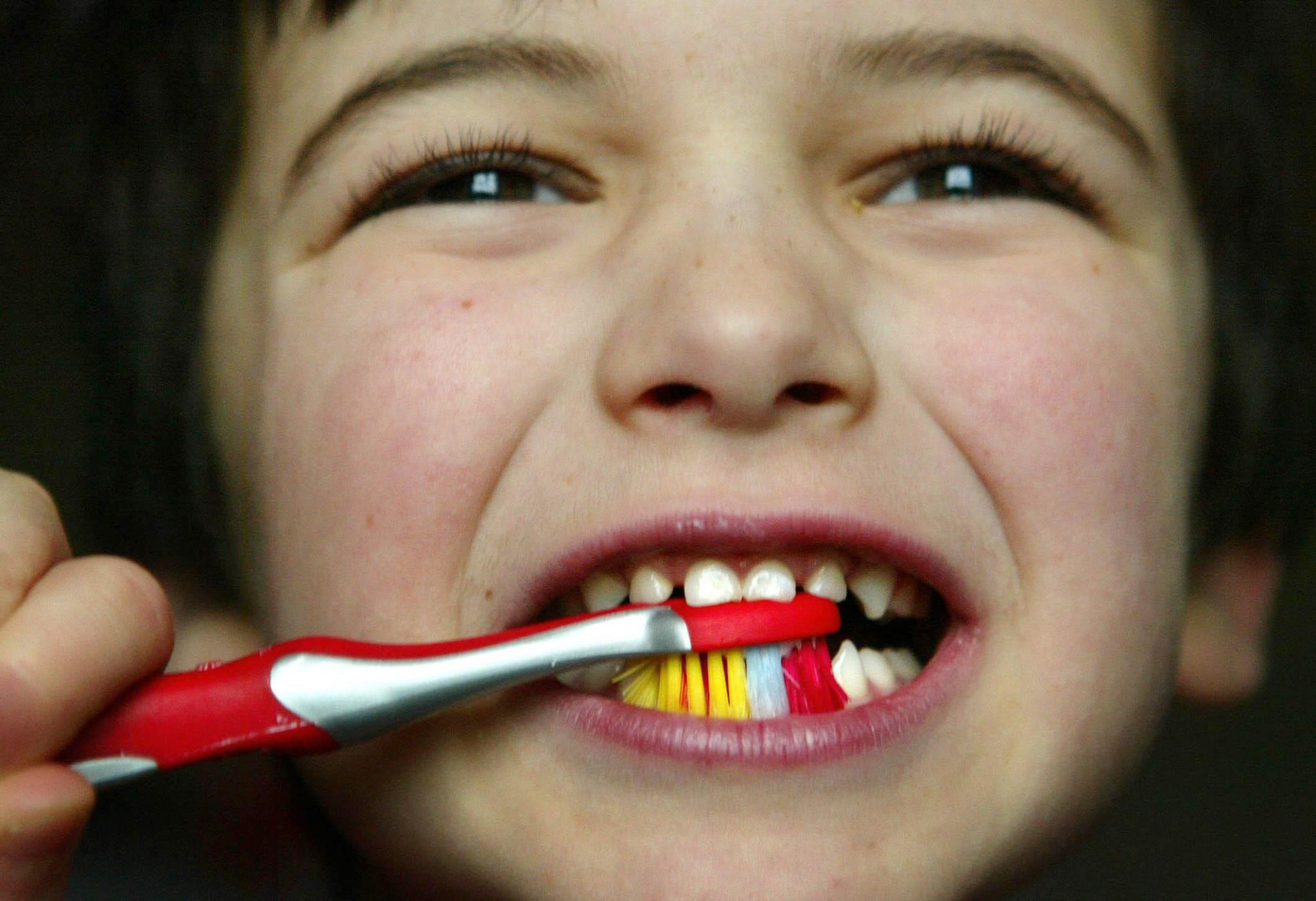 "Other than that you could get two or three toothbrushes, you can get these really nice ones that have lids on them that are different animal heads. You could have two or three of those and get her to pick her own brush so there's that little bit of autonomy. I would also let her hold the brush, have a look at it, play with it, put it in her mouth without you forcing it. You get your brush and put it in your mouth and invite her to mirror what you're doing.

"What you're trying to do is break down the resistance to her even putting the brush in her mouth. You could also try giving her the wet brush and not the toothpaste, just in case it's the smell or the taste of the toothpaste that she's not enjoying because at that age if they don't spit it out they're going to swallow it. So give her the wet brush because that's better than her not washing them. Definitely let her see you do it, normalise it, and try and bring a bit of fun and playfulness into it."