'Our relationship is completely different' - How our ancestors kept food cool

'Our relationship is completely different' - How our ancestors kept food cool

As the summer weather continues across Europe, keeping cool is for more than just people.

Chilling foods is a simple method nowadays, compared to how our ancestors had to do it.

Measures like ice houses and salt houses were used by the elite, ahead of the modern technology we take for granted today.

Culinary historian Regina Sexton told The Home Show this is where we get most of our ideas from.

"What you're dealing with there are the elites of society - so how they're treating their food.

"It's interesting to look at because, over time, those kind of rituals and customs will make their way down the social hierarchy."

She explains how this would have worked hundreds of years ago.

"For the court - like Hampton Court, and the courts throughout Europe - they would have had access to ice and ice houses.

"These were structures on their estates, and you find examples of them in Ireland as well on the big landed estates.

"The structure itself is over the ground, but the ice is packed under the ground, where below the frost line you have a constant temperature.

"So if you pack ice in there, it will keep throughout the summer months for you.

"It will be harvested in winter, stored like ice-harvesters, or it's imported from places - later on in time - like Norway and Scotland.

"It's packed into these ice houses - and then it's accessed when you need to chill foods like drinks or fruits.

"Or you place foods in there that are highly perishable, like fish, meats and sometimes diary produce and so on". 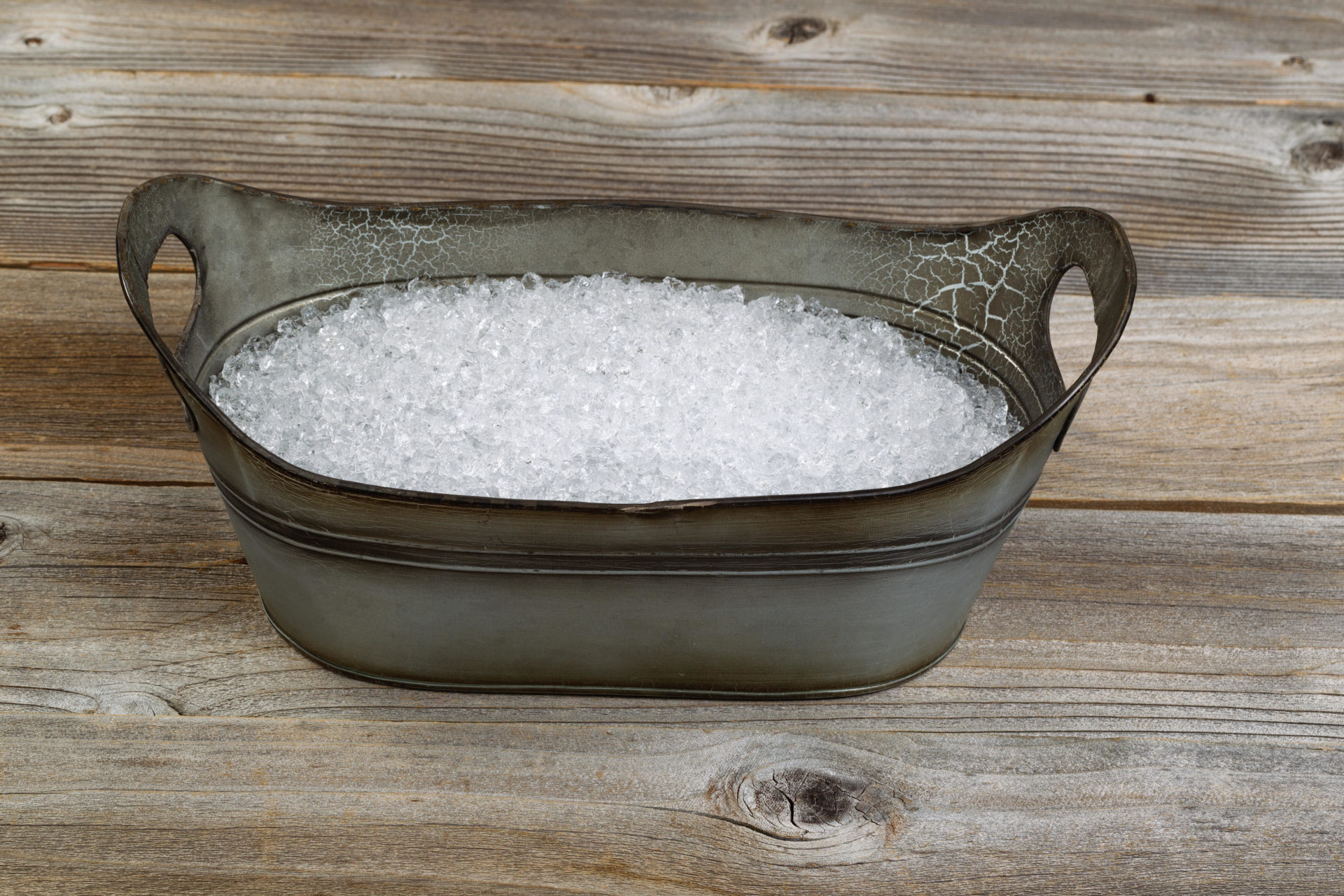 A vintage metal tub filled with ice - the precursor to the plug-in fridge. Picture by: Thomas Baker / Alamy Stock Photo

Regina says the ice would last longer if this was done correctly.

"At a certain point below the ground, where the temperature remains constant, and if the ice is packed properly - possibly if it's treated with salt... it will last.

"As you then move down the social hierarchy, I suppose, you get the inventions of miniature ice houses - if you like - like ice boxes."

She says people would have these smaller versions in their houses lined with tin or copper.

"These are like the precursors to the plug-in fridge".

And Regina says our approach to food has changed utterly.

"It's interesting for us, I suppose: we don't think about 'What would happen if I brought home a block of butter' or something that wasn't salted.

"Or if I brought home a fish that's fresh 'How do I keep that?'

"But for people in the past, this is a constant".