The owners of the Connemara Gateway Hotel in Oughterard, Co Galway have pulled out of a deal to l...

The owners of the Connemara Gateway Hotel in Oughterard, Co Galway have pulled out of a deal to locate a direct provision centre at the former hotel.

Local residents had been holding round-the-clock protests outside the hotel for over a fortnight.

One group said they were protesting against the prospect of people being housed in "inhumane" conditions.

Edythe McAleer was opposed to the centre going ahead.

She says she is delighted with the outcome, and stands by the decision to protest.

"At the start the racist card was thrown out and Oughterard potentially got a bad name for that.

"I'd say 'we're not racist', and people that have come to Oughterard - we're a welcoming community, we're multi-cultural.

"It is very easy to throw that card out as a defence mechanism against our campaign: we're not racist".

Galway West TD and Government chief whip Sean Kyne said he received a phone call from Justice Minister Charlie Flanagan on Monday night, and was told the decision was made.

"I agree with a lot of what has been said by delegations over the last period of time - the lack of information, the process, the secrecy."

"I was the front man, to a degree, for the Government on this without having the information and all the facts - that's a very difficult situation".

Developer Sean Lyons explained: "The present owner and myself have decided to part company - so 100% I'm telling you now that we will not be going ahead at all.

"The big thing is that we were the ones left to the front, we had no communication given out by the Department of Justice.

"Ninety percent, if not more, of the problem that's been caused by this is the lack of information". 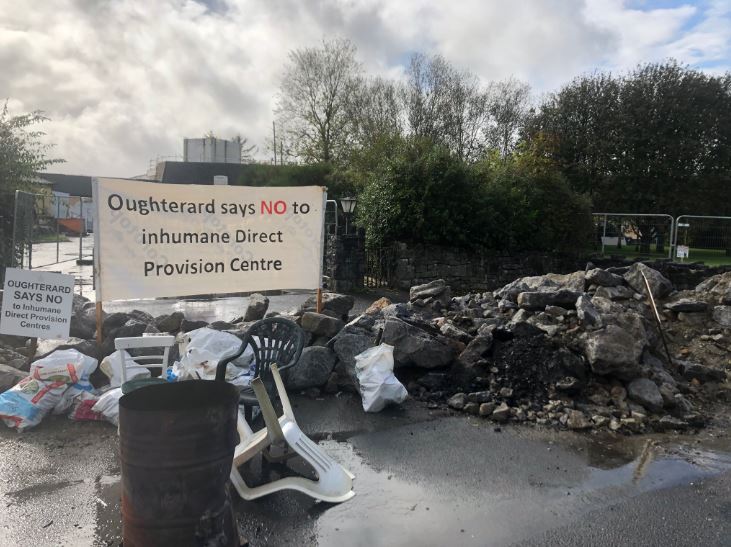 Last week, one campaigner told Newstalk: "We hate this idea that we're being tarred as racist.

"On our main street, we have eight businesses that are run by people of various non-Irish backgrounds... everything from Polish to Moroccan.

"We would never think about these people being of other nationalities or races - we all integrate, and get on well together.

He added: "We're really sick of the idea that they're putting four to five people in a room up here, in what is almost like a concentration camp on the edge of the town with no facilities for them.

"It's inhumane, and we don't want to be associated with it as a town."

Campaigners also pointed out how far-right figures - including from outside Ireland - had moved to take advantage of the situation.

Earlier this month, Minister Flanagan said any demonstrations needed to take place in an "atmosphere of calm".