Dating apps have left young people trapped in “strangely intimate non-relationships that don’t have any basis in reality,” according to UK author Lisa Hilton.

The novelist believes online dating has dehumanised an entire generation of women – making them less confident and less likely to find love.

On Newstalk Breakfast this morning, she said she had a “shocking” time when she entered the online dating world.

More generally though, she said the way people have begun “making themselves commodities through dating apps” is very concerning.

Ms Hilton said the apps have changed the way people treat each other – both online and in person.

“It can be compared with trolling,” she said. “People write things online that they would never dream of saying to someone face to face.”

“I think this dehumanising effect means people forget their manners and they forget the normal rules of social interaction and they start treating people, yes, as commodities.” 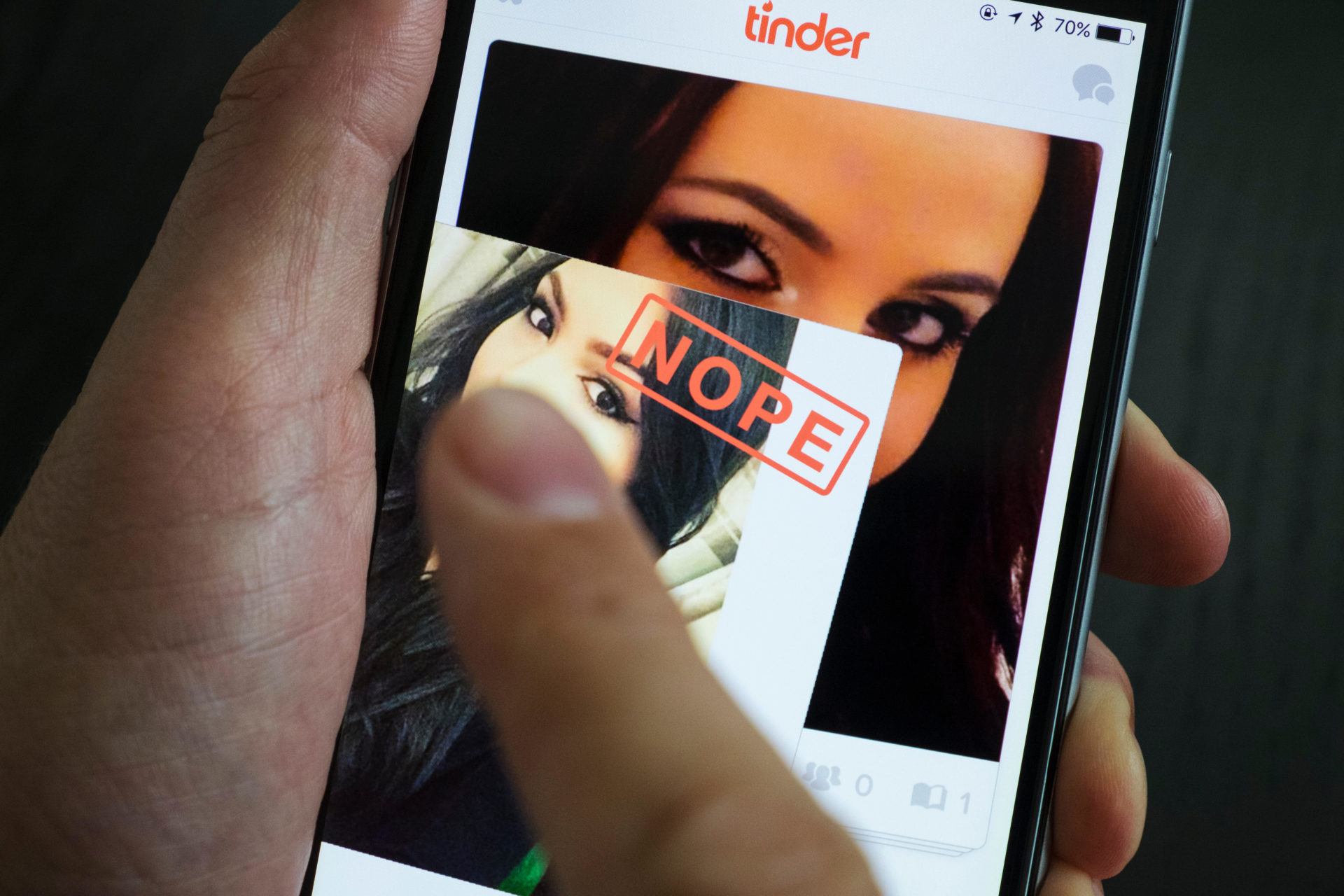 The Tinder dating app is seen on an iPhone. Picture by: Urbanmyth / Alamy Stock Photo

She said the ease with which men send unsolicited images to people they have never met before is “very depressing”.

“I think the dating apps have really inverted the rules of normal social interaction,” she said.

Most importantly however, she voiced concern that the apps have put an end to more traditional experiences of single life and dating.

“I think a lot of women find themselves in these strangely intimate non-relationships which don’t have any basis in reality and yet which consumer enormous amounts of their time and their precious energy.”

Ms Hilton said that while meeting online is now the norm – figures suggest that those relationships have a much higher failure rate than those that spring from real-life interactions.

“At the risk of sounding like an old-fashioned agony aunt I have found much more satisfaction, happiness, and excitement meeting people in regular situations,” she said. “Meet friends, go to parties, go out to a bar – do something you enjoy.

“Maybe the person who is meant for you is walking past you down the street and you don’t catch their eye because you’re too busy looking down at your phone.

“I think, sort of, spontaneity and serendipity are completely killed by the apps and that is what makes real human connections.”

She said she has been “much happier” since she gave up dating apps.

“I’ve actually had much more fun with dating and felt much more relaxed and enjoyed it a lot more when there wasn’t that pressure to look at the phone all the time,” she said.