One-in-five violent sex crimes are carried out by children against other children, according to n...

One-in-five violent sex crimes are carried out by children against other children, according to new statistics.

New figures from the Central Statistics Office (CSO) show that 20% of all sexual violence crimes detected by Gardaí in 2019 involved juvenile victims and offenders.

The Crime Victims and Suspected Offenders report also found that four-in-five victims of sexual violence are female, while 99.4% of offenders are male.

This afternoon, the Dublin Rape Crisis Centre CEO Noeline Blackwell told Newstalk that the figures on child offenders are shocking but not surprising.

“The fact that 20% of offenders could be that young is a worry and a problem but it is not a surprise to us,” she said.

“We know from work we do when we are training those working with young people; when we are talking to parents, we know there is a real concern around what is often called in that age group ‘peer abuse.’

“Where somebody of their own age abuses someone under 18.” 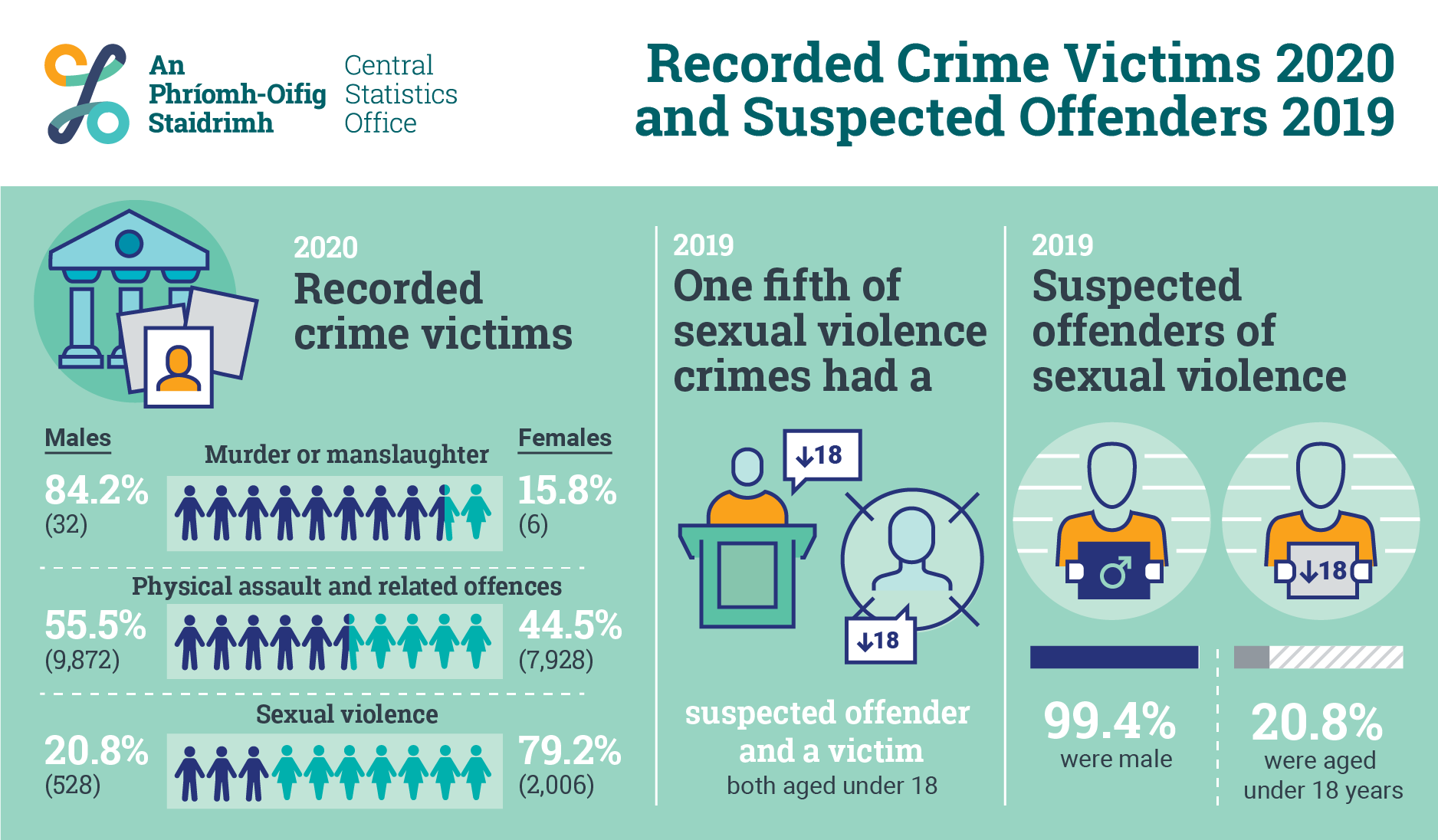 The figures also reveal that nearly three-in-five (61.6%) of the females who were victims of sexual crimes reported last year were children at the time the offence occurred.

Meanwhile, the proportion of women who were the victim of physical assault increased last year to 44.5%.

The CSO said this was because there was a greater decline in assaults on men than women, which it said “may be an effect of COVID-19 lockdowns.”

Men also remain the most likely to be victims of crime at 84.2%.