Northern Ireland's Democratic Unionist Party (DUP) has said it cannot support a proposed Brexit deal between the EU and UK.

Party leader Arlene Foster and and deputy leader Nigel Dodds say that "as things stand", they "could not support what is being suggested on customs and consent issues and there is a lack of clarity on VAT".

"We will continue to work with the government to try and get a sensible deal that works for Northern Ireland and protects the economic and constitutional integrity of the United Kingdom", they add.

Meanwhile the European Commission says contacts between EU and UK teams are continuing.

"Every hour and minute counts before the #EUCO. We want a deal", Mr Juncker's chief spokeswoman Mina Andreeva said.

🇪🇺🇬🇧 Contacts between #EU and UK teams are continuing. @JunckerEU just spoke to @BorisJohnson. Every hour and minute counts before the #EUCO. We want a #deal.

It comes as Brexit negotiations have been ongoing throughout the night in a bid to reach a last minute deal.

It is understood the two sides are close, but issues remain around VAT and how it will be treated in Northern Ireland.

Despite optimism all through Wednesday a deal had not been reached as the clock struck midnight in Brussels.

While most issued had been resolved, the management of VAT in Northern Ireland remained to be resolved. 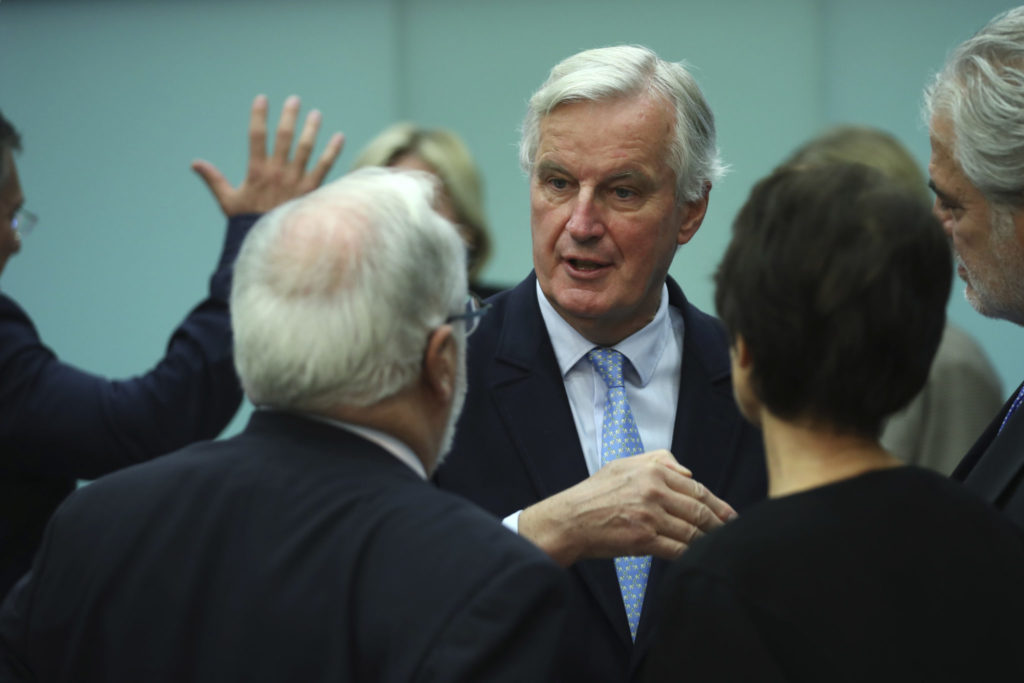 The key issue that needs to be addressed is the issue of the Irish border.

The new proposal would replace the backstop, with Northern Ireland continuing to administer EU tariffs despite leaving the bloc's customs union.

This would remove the need for customs checks but also allow businesses north of the border to benefit from new UK trade deals by applying for a rebate from the British government.

The UK has reportedly agreed in principle that there will be a customs border in the Irish Sea, something the DUP has previously expressed opposition to.

Northern Ireland's Stormont assembly would also have the opportunity to change this - with a voting system that gives opportunities for both unionists and nationalists to block or enable change.

Agreements have already been reached in Brussels that were shot down in Britain's House of Commons, and both sides are keen to avoid that again.

EU leaders, including Mr Johnson, are heading for a summit with the chances of getting a deal hanging in the balance.

If a deal looks to be on the table, British MPs could decide on Thursday whether its parliament will sit on Saturday after the summit.

October 19th is a key date because the Benn Act, which was passed by UK MPs trying to prevent a no-deal Brexit, states Mr Johnson must write to Brussels asking for an extension if the parliament does not agree to a deal by then.

EU sources told the Reuters news agency that the tentative deal is largely ready, but "overall backing from the British government is needed to launch it all".

There was cautious optimism from other leaders earlier, with French President Emmanuel Macron saying: "I want to believe an agreement is being finalised and that we will be able to endorse it tomorrow (Thursday)."

Appearing at a joint news conference with German Chancellor Angela Merkel, Mr Macron added that it was his hope that a deal "can be found in the coming hours".

Meanwhile, Mrs Merkel declared: "We are in the final sprint."