Politicians in the North have announced a four-week ‘circuit-breaker’ lockdown in a bid to tackle spiralling coronavirus rates.

Pubs and restaurants will only be permitted to offer takeaway and delivery services and the mid-term school holidays have been extended to two weeks.

No more than ten people from two households will be allowed in any home and overnight visits will be banned.

Speaking at the Executive this morning, DUP leader Arlene Foster said the four-weeks can only be extended with politicians’ approval.

“We believe the above restrictions should apply for four weeks and the continuation or amendment of any element would require executive approval.

“In education, the half-term holiday break will be extended from the 19th to the 30th of October with schools reopening again on Monday the November 2nd.”

The Government in Dublin now has a decision to make after the Tánaiste Leo Varadkar confirmed to Newstalk that officials would consider whether to increase restrictions in the border counties after Stormont announced its move.

Under the new rules, agreed after a late-night session in Stormont yesterday:

“We fully appreciate that this will be difficult and worrying news for a lot of people,” said Ms Foster.

“The Executive has taken this decision because it is necessary and we discussed the impacts in great detail. We do not take this step lightly.

“We must reach a different place on both the numbers and on getting back to the basics of social distancing and I know everyone will want to work with us on that.”

This afternoon, the Northern Ireland Department of Health said 1,217 people had tested positive for the virus in the past 24 hours.

Hospitals in the North are now at 87% occupancy with nearly one-quarter of intensive care capacity taken up by COVID-19 patients. 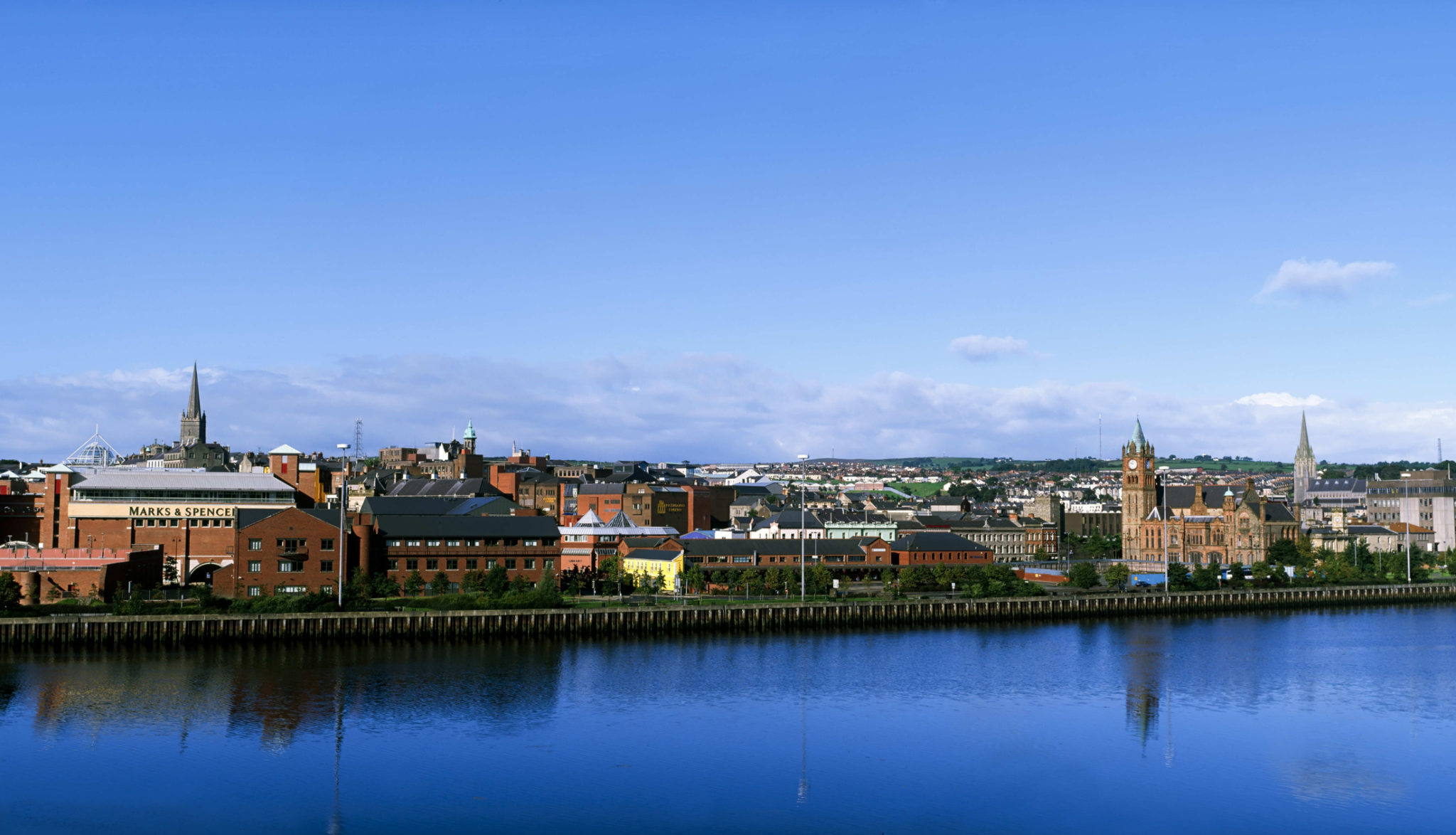 Derry City and Strabane still have the highest rates in the country – with 991.6 new cases for every 100,000 people in the past week.

The figures are now nearly at the point where there has been one new COVID-19 patient for every 100 people in the area this week. 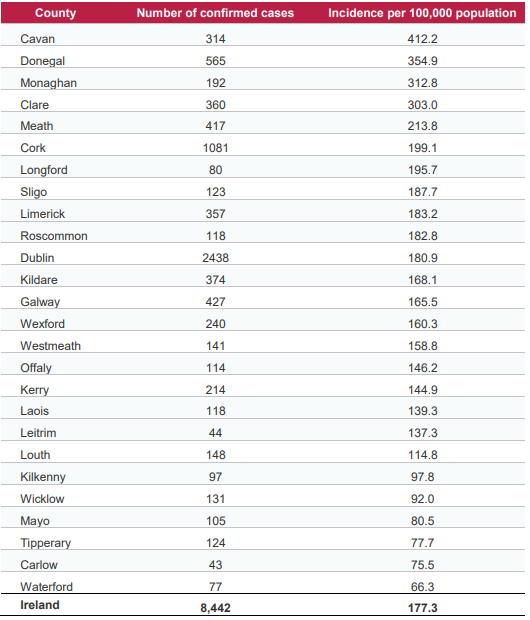 The number of new COVID-19 cases per 100,000 people over the past two weeks in every county in Ireland. Image: HPSC