The Irish Medical Organisation (IMO) has moved to reassure its members over concerns about pensions in the event of their death.

It came after an earlier letter which suggested those operating in the medical card scheme may not have a lump sum paid to to their next of kin should they die in service of COVID-19.

GPs said they were informed of the move in a letter on Wednesday morning from the GMS (Medical Card) Pension Scheme.

This was due to the fact that the virus is considered an act of God.

Dr Maitiu O Tuathail earlier told The Hard Shoulder of his shock and anger at the move.

"I actually thought it was a joke, but it's unfortunately not".

"GPs - as every single healthcare and frontline worker - have been putting their shoulder to the wheel for the last week.

"And I can tell you it was a serious kick in the stomach for every GP in the morning to read that.

"To be honest I think it's appalling and I can't still find words for it - I'm so shocked and angered by it.

"But my understanding is that the Irish Medical Organisation - which is the union that represents GPs - is on top of this and is going to seek further clarification". 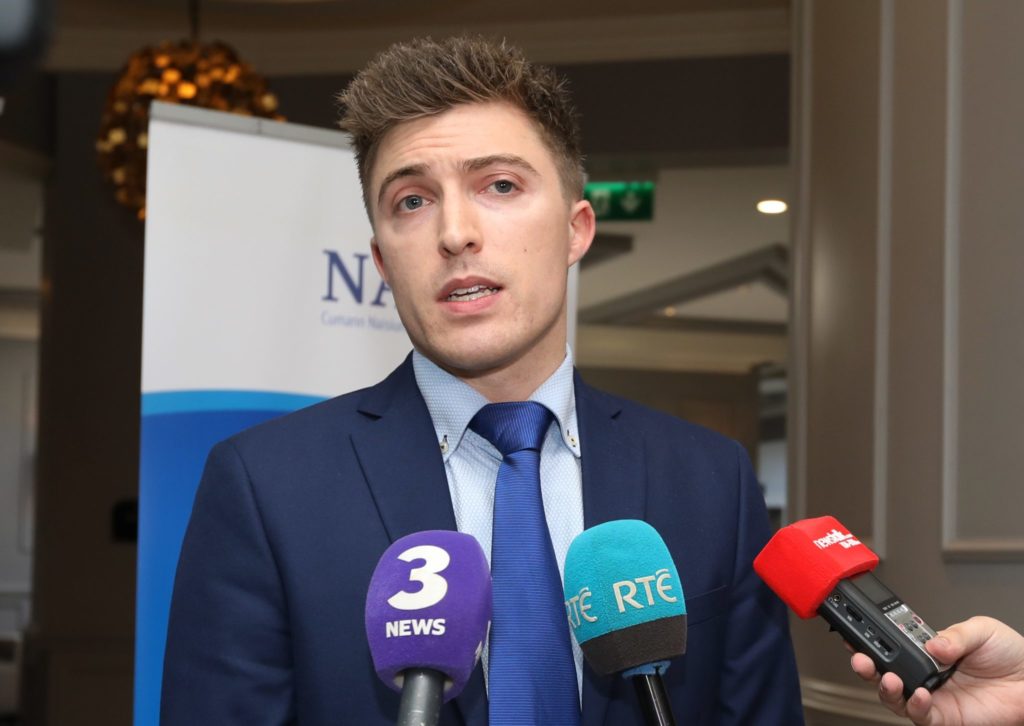 Dr Maitiu O Tuathail speaking to the media at the end of a meeting of the Nation Association of General Practitioners (NAGP) in 2018 | Image: Eamonn Farrell/RollingNews.ie

"GPs have been at the frontline of this since the beginning, and it was just a serious kick in the teeth and I'm still reeling over it to be honest".

The Irish Medical Organisation (IMO) has since moved to reassure doctors that the coronavirus will not affect their pension entitlements.

In a letter to members on Wednesday night, it said no changes have been made to death in service benefit for HSE and other public health service employees.

The IMO said: "Following a communication issued to GPs by Mercer today there was concern as to the pension entitlements in the current crisis."

It said Mercer have "clarified the position in relation to the GMS Pension Scheme and COVID-19".

It said: "It is not the case that if a member dies of COVID-19 that their estate or beneficiaries will receive no benefit.

"Under all circumstances the member’s retirement account is payable to the member’s beneficiaries on death in service".

It added: "The purpose of the letter was not to address the COVID-19 issue, in fact the change highlighted in the letter was discussed and agreed by the trustees throughout 2019 i.e. before COVID-19 existed.

" The possible reduction mentioned in the letter applies only to the special bonus that can be payable on death in service".

COVID-19: Ireland 'needs to move away from lockdowns'