Irish people are keen to travel abroad on holidays this summer but lack confidence about booking ...

Irish people are keen to travel abroad on holidays this summer but lack confidence about booking given the uncertainty surrounding international trips.

That is according to Paul Hackett, the Co-Founder and CEO of Click&Go and the President of the Irish Travel Agents Association.

It allows people to travel anywhere in the EU - provided they are fully vaccinated, have fully recovered from COVID or undergo a negative COVID test.

Ireland is due to roll it out on July 19th when restrictions on international travel will be eased for those who qualify.

Meanwhile, around 1.8 million fully vaccinated people are set to start receiving their Digital COVID-19 Certs in the coming days.

The documents can be used for international travel and will either be emailed or posted out to people.

Speaking to The Pat Kenny Show, Mr Hackett echoed Minister Ryan's comments in saying that he is confident international travel will resume on July 19th. 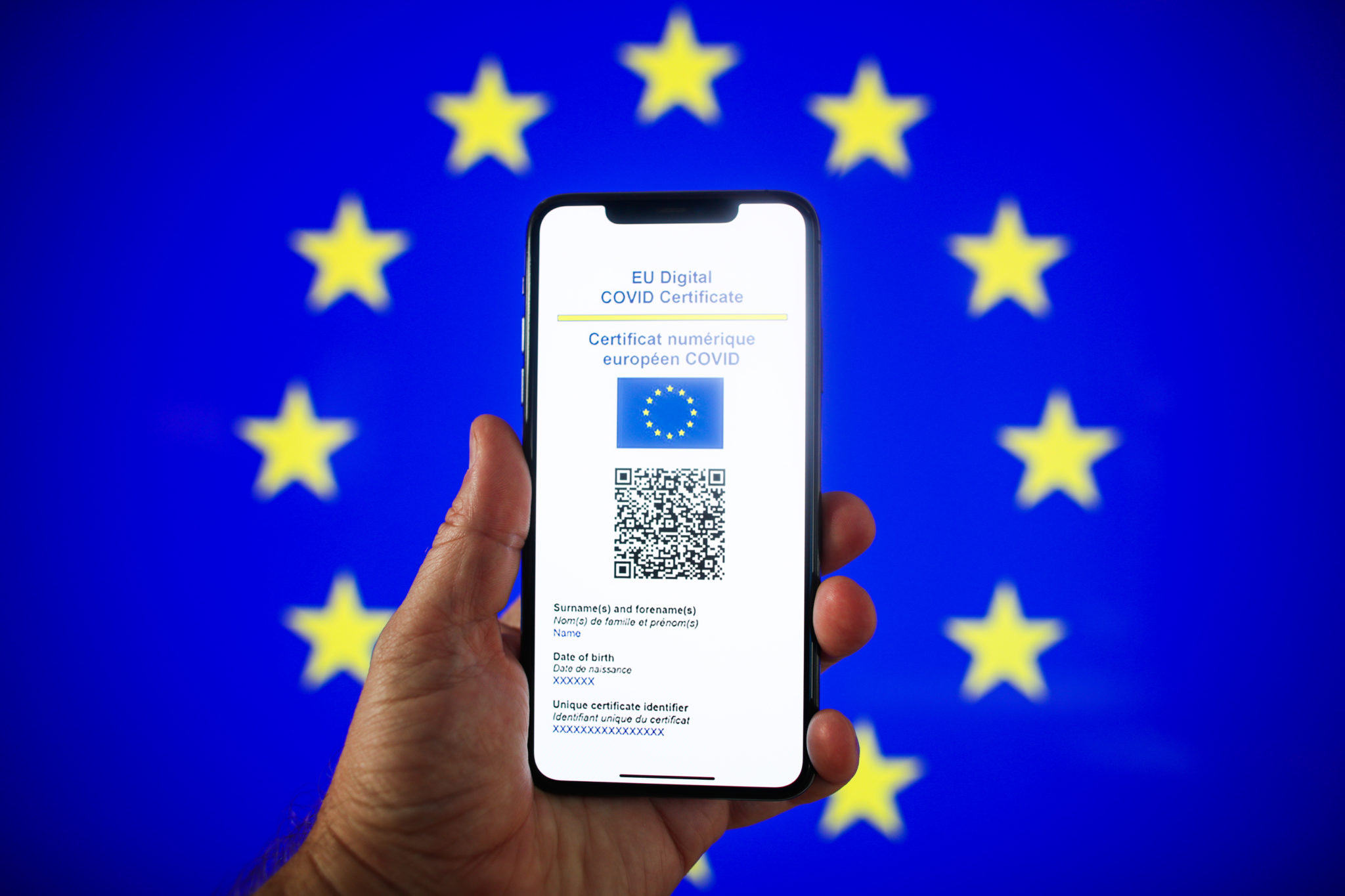 An EU COVID certificate is seen on a mobile device in this photo illustration. Credit: Jaap Arriens / Sipa USA)

While he doesn't understand why a travel cert would arrive in the post, he is happy to see the Government is standing by commitments they have given to issue the EU travel passes.

"But, I would caveat that by saying, look what happened to indoor hospitality last week," Mr Hackett said.

"It was very much a last-minute change, and that's what's impacting the travel industry, not just travel agents up and down the country but impacting airlines and airports."

He added that consumer desire to travel internationally is strong, but that until people see others actually going abroad, they are reluctant to make bookings.

"There is no consumer confidence to book travel at this stage for July 19th, I think the consumers actually want to see their friends and neighbours transiting through an airport, getting on a flight, and then they'll believe it," he explained.

"Until that happens, I think the consumer confidence piece is missing, we've seen consumer sentiment is very strong, that people want to travel.

"We've been restricted for a very long period of time, so of everything I'm hearing, I have not heard one Government spokesman officially say that July 19th won't officially happen.

"If I was to be looking at it in the last 48 hours, I would be thinking, if anything, the delay to the restart of hospitality may, in effect, help international travel getting those COVID certs issued for July 19th.

"Because I think the Government definitely see a link between the Digital EU COVID Cert and the vaccination piece and that being very robust in terms of how the data can be interpreted. so fingers crossed." 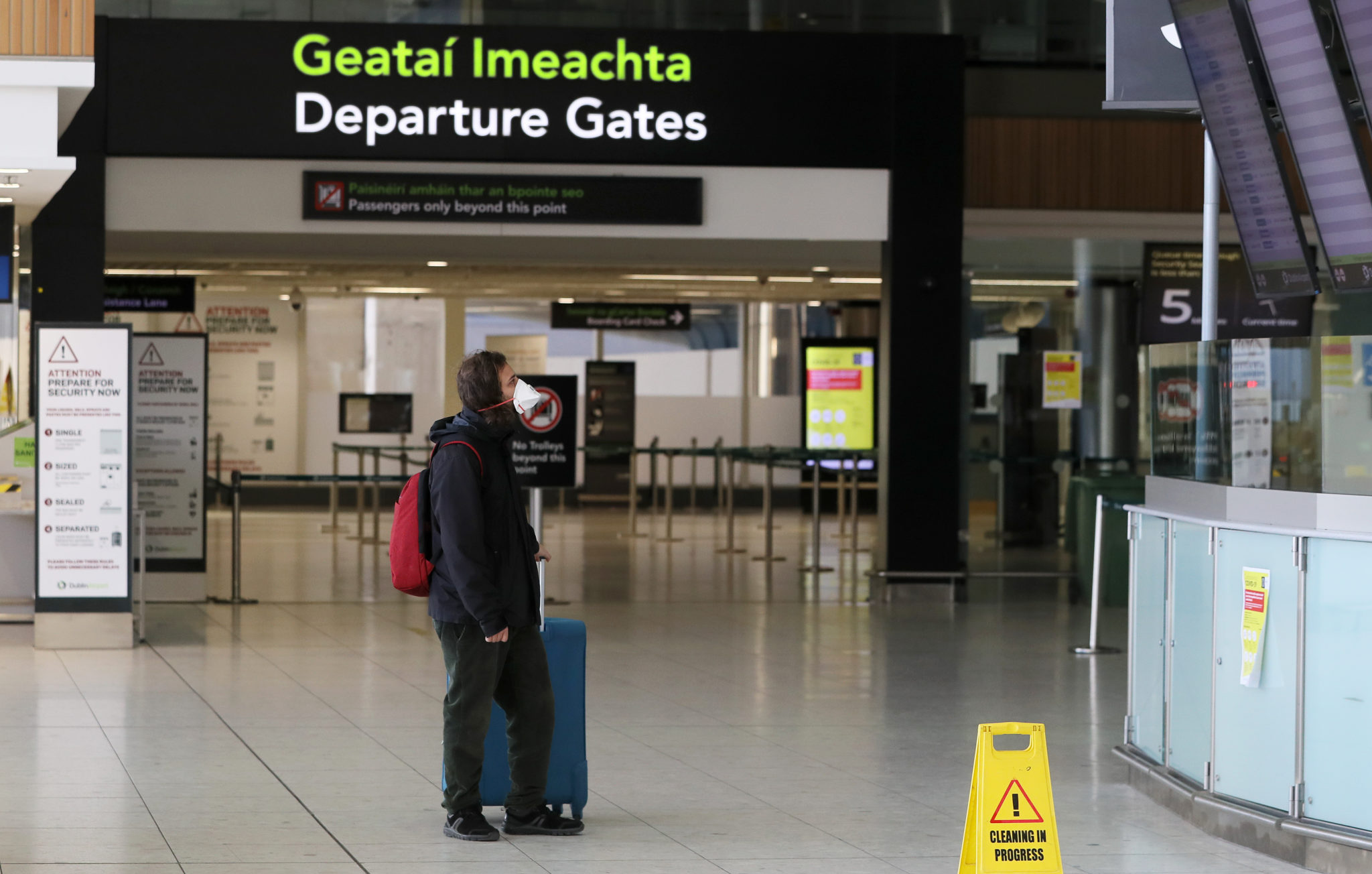 File photo of a man in the departures area of Terminal One at Dublin Airport. Photo: PA

"The first thing that's going to happen is a mother and father of all seat sales," he told Newstalk Breakfast.

"There's no doubt that the airlines have a lot of money to make back, they've lost an awful lot of money - their very existence has been challenged.

"So long-term we might see that rising again - certainly long-haul flights are not good value at the moment.

"The other place we're going to see price rises is among the hotel sector.

"This supply-demand thing, which we saw playing havoc with home holidays by the way - because demand went up and supply went down - so they priced a little bit high for those booking in advance.

"But all those mechanisms have been interfered with, it's going to take a lot of time for them to balance out.

"So we will probably see holidays more expensive in the medium-term".