The introduction of a paid drop-off and pick-up zone at Dublin Airport has been branded a 'money ...

The introduction of a paid drop-off and pick-up zone at Dublin Airport has been branded a 'money grab' by a local councillor.

This is the second attempt by the daa to introduce the system, after planning permission was refused in February.

The airport says the money would be invested in sustainability initiatives such as a proposed solar farm, low emission vehicles for shuttle buses, and the installation of more electric vehicle charging points.

The daa say the aim is to reduce car journeys to and from the airport, and to encourage passengers to use public transport.

However these passengers at Dublin Airport are against the proposal.

"Well I don't see why they want to charge people if you're only dropping off for a minute or two", one woman says.

One man says: "I've tried public transport before to the airport, it's really non-existent."

Another women adds: "It wouldn't make a difference to me flying, but I wouldn't like to have to pay it".

Councillor Joe Newman is an Independent councillor for Swords. He told Lunchtime Live he will be objecting to the plans.

"I'll be objecting to it again, as I did before.

"I think it's outrageous that the daa are introducing this charge.

"I often drop people to the airport, and this will affect people dropping off maybe the elderly and people with disabilities - and it will make it more awkward for them to access the terminals.

"I think it's just a money grab; the daa make plenty of money from their car parking and the system is working quite well at the moment.

"I feel that if there is a charge, there should be a window of at least 15 minutes for people to drop-off and to collect people.

"It's not very easy to collect people from the airport with the departure time and arrival times.

"You never know what time people are coming in at, so it can be very expensive.

"We've already got carbon tax coming in, we'll be paying through the nose for driving up".

Colm, who is a taxi driver at the airport, says it is another cost for cabs.

"The buses have ample space to park and they can park wherever they like - it's an unfair advantage." 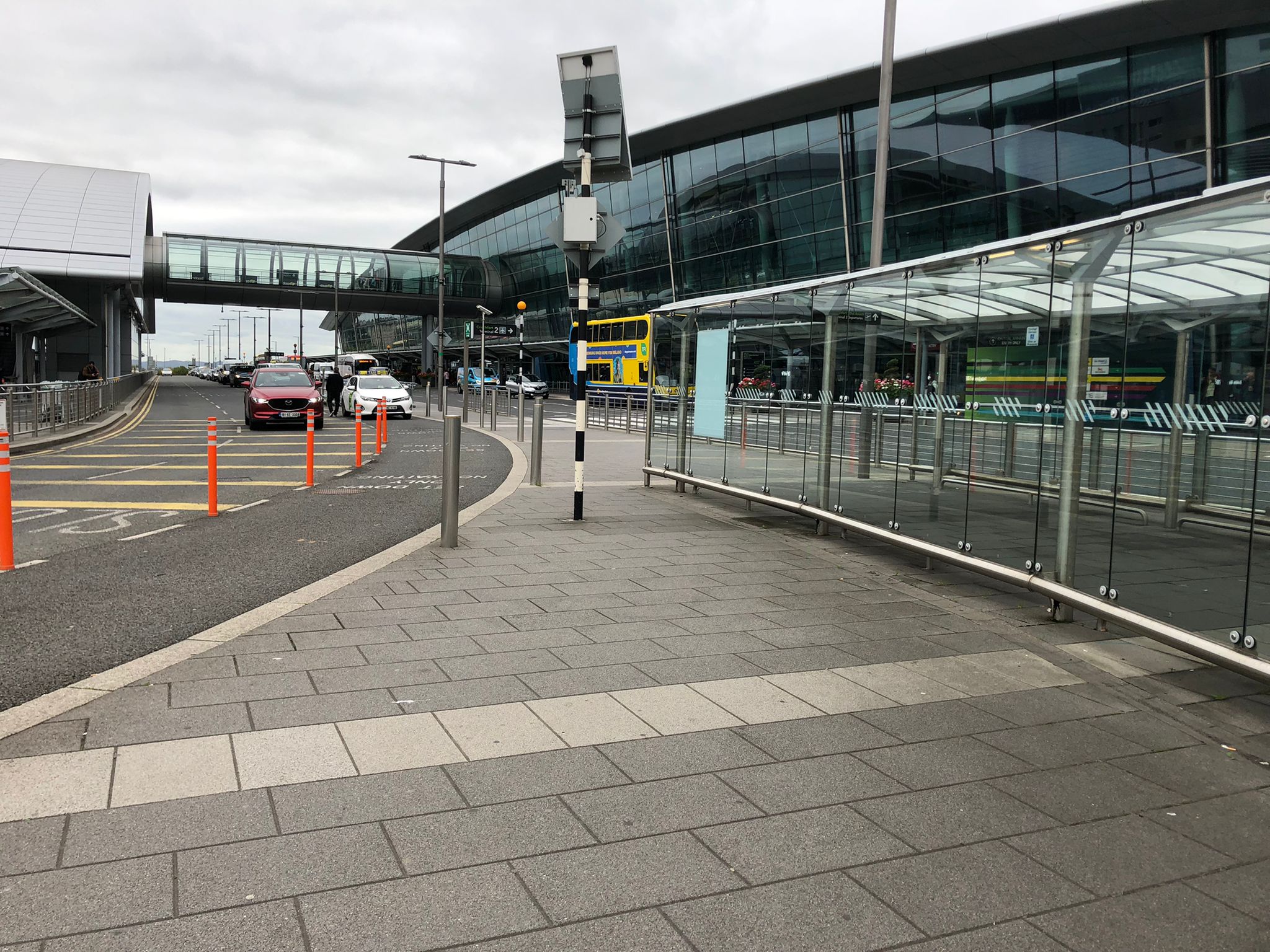 Taxis and a bus are seen at Dublin Airport in October 2021. Picture by: Emma Tyrrell

And head of the Irish Travel Agents Association (ITAA) Paul Hackett says the timing is not good.

"We are quite constricted in Dublin Airport in terms of it being bus or car.

"So it's very limited for access to the airport, that's why we're also not in favour of this move".

The daa say there will be special provision for people with reduced mobility, and a free drop-off and pick-up area in the Express Red long-term car park.

There will also be a new reduced fee for 30 minutes of parking in short-term car parks.

Dublin Airport say the operation of the paid drop-off and pick-up zone will be based on Automatic Number Plate Recognition (ANPR) cameras.

Vehicle registration plates will be read at entry and exit, and the charge will depend on the time spent by the driver in the zone.

New toll booths will accept both card and cash payments under the plans, with construction - subject to planning approval - set to begin in 2022.

Main image: A drop-off area is seen at Dublin Airport in October 2021. Picture by: Emma Tyrrell