New legislation to see fines for dangerous overtaking of cyclists

New laws are coming into effect to regulate the dangerous overtaking of cyclists. The legislation...

New legislation to see fines for dangerous overtaking of cyclists

New laws are coming into effect to regulate the dangerous overtaking of cyclists.

The legislation was introduced by Transport Minister Shane Ross on Monday.

It will include new fines and extra penalty points from midnight.

It will see a fixed charge of €120 and three penalty points for offenders.

The Road Traffic (Traffic and Parking) (Amendment) Regulations build on the existing legislation with regard to dangerous overtaking.

These divide the offence of dangerous overtaking to make it a separate offence to dangerously overtake a pedal cyclist.

The Department of Transport says it will "particularly target those drivers who put cyclists at risk."

The introduction of the new law will be highlighted by the rollout of new signage, warning motorists to provide for adequate overtaking space for cyclists. 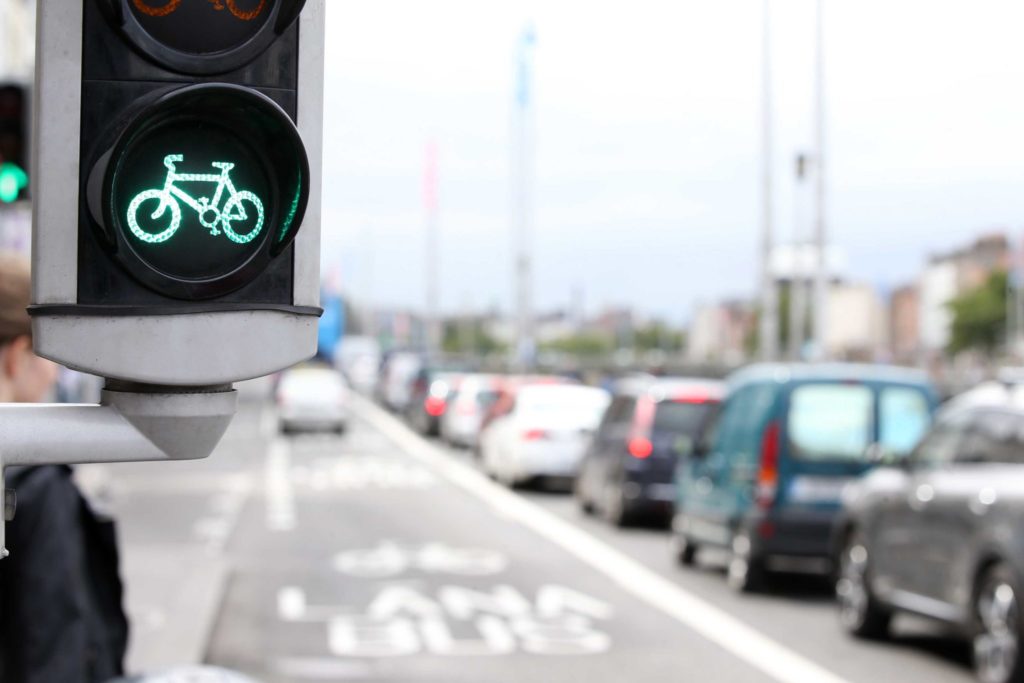 Bike traffic lights and bus and cycle lanes on The Quays in Dublin | Image: Sam Boal/Rollingnews.ie

This will be underpined with a radio, digital and outdoor advertising campaign.

A Public Appointments Service competition will also begin shortly to appoint four people to the board of Transport Infrastructure Ireland.

One of these posts will go to an individual with cycling expertise.

Minister Shane Ross said: "The law that we are commencing at midnight will target and punish drivers who are guilty of such deadly, dangerous behavior.

"Equally important is the impact I hope it will have on driver behavior, providing a heightened awareness of the importance of sharing road space in a respectful and safe manner.

"Too many cyclists have frankly terrifying tales to tell of intimidatingly close passes and near misses.

"And we are all sadly aware of the worrying numbers of cyclists being killed and injured on our roads, despite a downward trend in road fatalities more generally."

"This includes slowing down and ensuring you pass cyclists when it's safe to do so, and critically, giving them the space to ride safe.

"Drivers need to remember that in the event of a collision a cyclist will always come off worse."

But the I Bike Dublin group believes the change is a "token gesture" that will not make life safer for most people who cycle.

"An extra €40 is no deterrent to the small minority of drivers who willfully endanger people who are cycling", the group said.

"Minister Ross should spend his very limited remaining time in office, re-adjusting the transport budget to allocate 10% of capital spending on cycling infrastructure projects, rather than the crumb-like 2% he has decided upon.

"Infrastructure saves lives, not new legislation that will fail to be enforced."