A woman arrested by police investigating the murder of journalist Lyra McKee in Derry last week has been released unconditionally.

The 29-year-old journalist was shot dead during riots in the city last Thursday night.

A group calling itself the New IRA has taken responsibility for the killing.

This evening, the PSNI said a 57-year-old woman arrested in connection with the investigation has been released.

She was arrested this morning under the UK Terrorism Act and was taken to Musgrave Serious Crime Suite for questioning.

Anyone arrested under the legislation must be charged, released pending report to Northern Ireland Public Prosecution Service or released unconditionally.

Police said the legislation does not allow for bail.

In a statement to the Irish News website using a recognised codeword, paramilitary group the New IRA claimed Lyra was 'tragically killed' while its members were 'engaging' police.

The group claimed: “On Thursday night, following an incursion on the Creggan by heavily armed British crown forces which provoked rioting, the IRA deployed our volunteers to engage.

“In the course of attacking the enemy Lyra McKee was tragically killed while standing beside enemy forces.

“The IRA offer our full and sincere apologies to the partner, family and friends of Lyra McKee for her death.”

It claims that it has instructed members "to take the utmost care in future when engaging the enemy", and has put "measures" in place to ensure that.

The New IRA is thought to have formed in 2011-12, after the amalgamation of several small republican militant groups.

Speaking to Q Radio, she argued: "What measures can you possibly put in place to stop people getting hurt, maimed and killed?

"How do they expect their volunteers to take the utmost care if they're going to be rioting and taking up weapons? It's an oxymoron in itself."

Security correspondent Alan Murray described the statement by the New IRA as "trite".

He told the Pat Kenny Show: "It has all the old language of 'crown forces' and 'enemy forces' and 'volunteers'.

"It's a terrible throwback to the past - as if these people have not moved on at all. They are still fighting a battle which they think they could possibly win, which they have no chance of possibly winning.

"What they've done is taken another innocent life."

There has been widespread condemnation of Ms McKee's murder, including from all the major political parties in the North.

Yesterday, friends of the murdered journalist defaced the walls of a dissident republican office in Derry with red paint.

The Junior McDaid house contains the offices of several republican groups, including Saoradh. 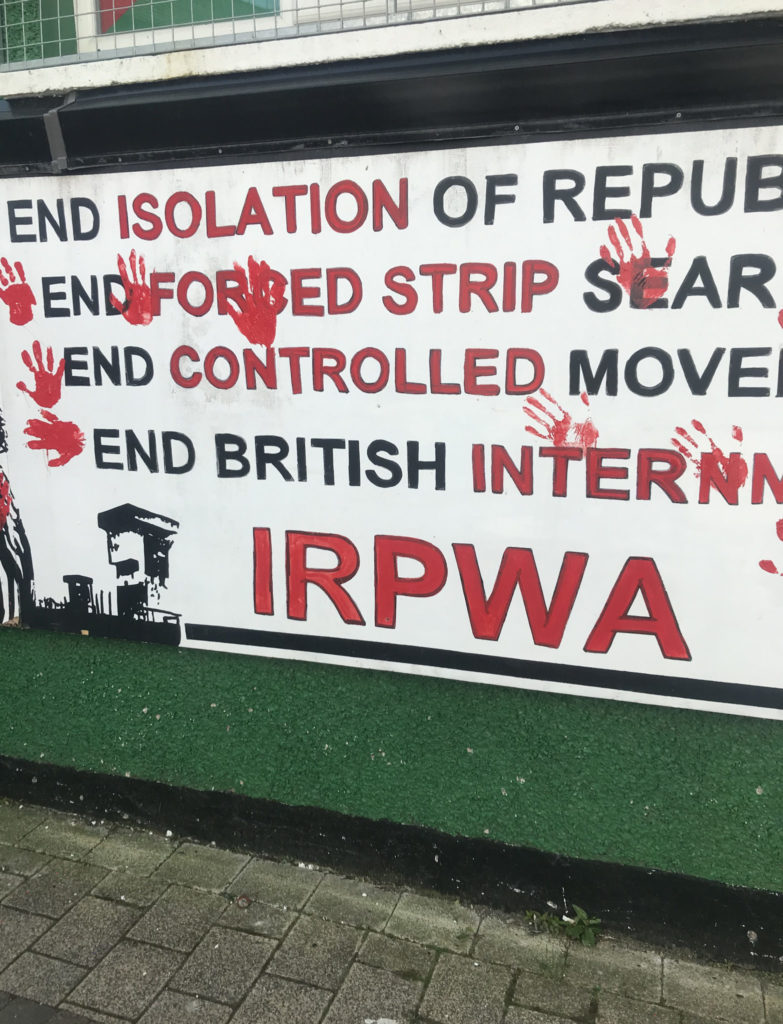 Meanwhile, the PSNI investigation into the murder of Ms McKee is continuing.

Detectives say more than 140 people have contacted police with information since the journalist's death.

Detective Superintendent Jason Murphy said the investigation is moving at a 'rapid pace', but has again urged anyone with information to come forward.

He said: “My appeal today to witnesses who haven’t come forward to us is simple.

"Please, come forward and have a conversation with me. Come and talk to me."

“I want to reassure people that you don’t have to commit to anything today. I just need to speak to people to understand what they know."

He added: "We can then look at how we capture that information in the best way possible to protect  those witnesses and enable me to bring the gunman who killed Lyra McKee to justice.”

Two men, aged 18 and 19, who were arrested by detectives investigating the murder were released without charge on Sunday.